These Were the Biggest Tech Stories of 2016 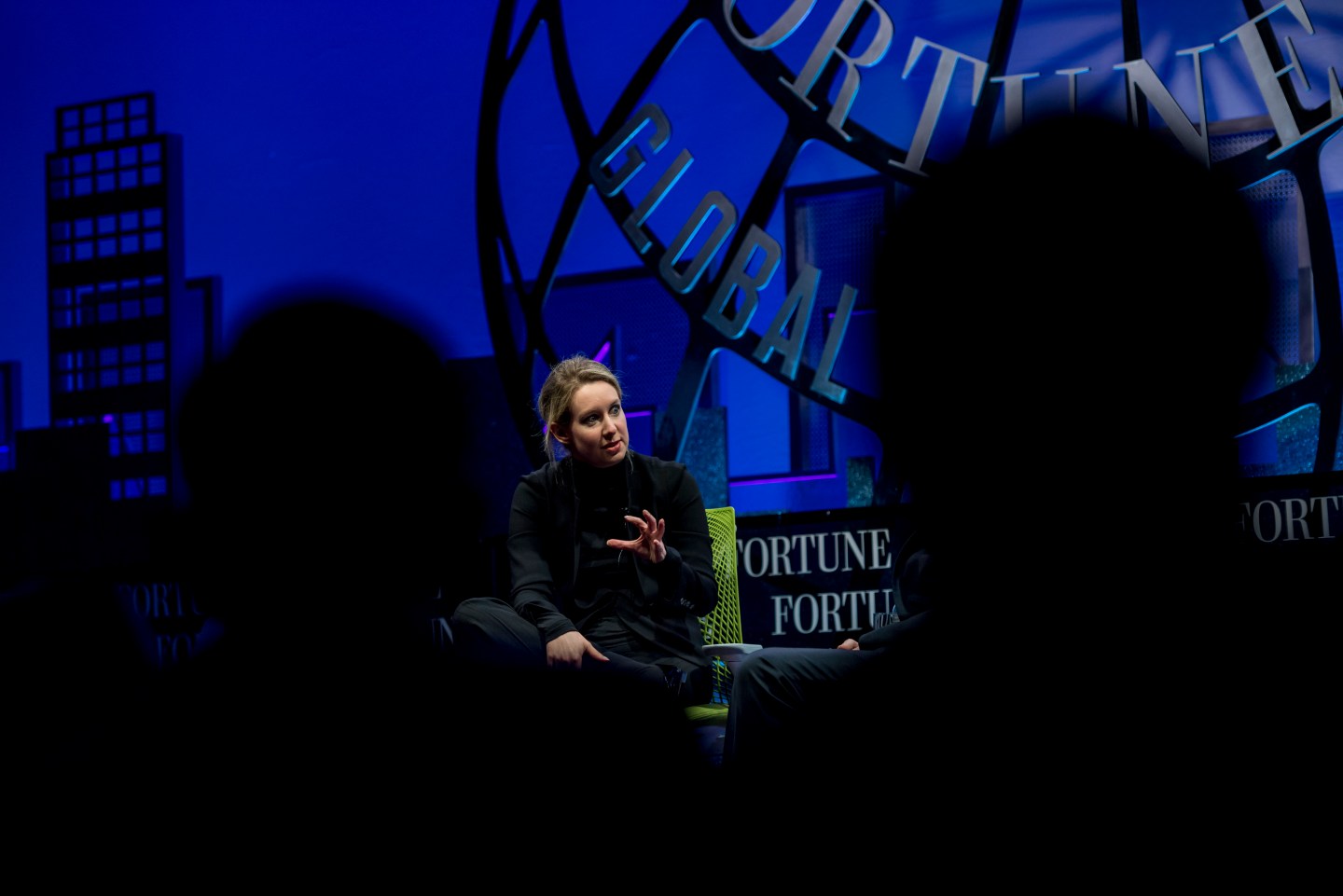 Billionaire Elizabeth Holmes, founder and chief executive officer of Theranos Inc., speaks during the 2015 Fortune Global Forum in San Francisco, California, U.S., on Monday, Nov. 2, 2015. The forum gathers Global 500 CEO's and innovators, builders, and technologists from some of the most dynamic, emerging companies all over the world to facilitate relationship building at the highest levels. Photographer: David Paul Morris/Bloomberg via Getty Images
David Paul Morris—Bloomberg via Getty Images

Technology is the story of our times. Before humans are automated out of existence by our less sentimental machine creations, let’s take a moment to reflect on its impact this year.

Below Fortune selected five of the top tech stories that captured the most mindshare in 2016. These were the companies, people, and narratives that caught the most attention and dominated the conversation. Each one embodied a greater theme.

To recap: at the start of 2016, the world’s largest tech giant defied an order to develop intentionally weakened software at the government’s request. Later, a hotshot medical disruptor plummeted from grace. An aging Internet portal then struggled to find a buyer, and then repeatedly and carelessly jeopardized its prospective deal with security missteps. An unstoppable social media site continued to shape everyone’s perceptions, for better or worse. And finally, the American people catapulted a real estate tycoon-cum-reality television star with a Twitter (TWTR) addiction into the nation’s executive office.

In February, the nation’s highest investigatory authority ordered, by way of a California court, the world’s most valuable company to help unlock a device used by a terrorist. The Federal Bureau of Investigation sought access to the encrypted contents of an Apple iPhone 5c used by one of the perpetrators of a holiday party massacre in San Bernardino months earlier in December 2015. Apple categorically refused the request.

CEO Tim Cook argued that creating a crippled mobile operating system for law enforcement would necessarily ruin the security of Apple’s (AAPL) products for everyone—you and I included. Acquiescing to the FBI’s demand, he contended, would set a bad precedent, one that governments with less pristine human rights records would no doubt abuse. The Feds, meanwhile, maintained their view that they needed assistance on a matter of national security. A stalemate threatened to reach the highest court in the land.

In the end, the Feds found an alternate way to crack the phone through a third-party contractor, forestalling a legal showdown. Privacy advocates and opposing counter-terrorism hawks aren’t likely to drop the issue though. Expect the issue of encryption to flare again.

Elizabeth Holmes was the darling of the venture capital world. She built a $9 billion biotech business—a startlingly successful startup “unicorn,” in the industry lingo—on a tantalizing promise: to replace the costly and uncomfortable medical equipment required for hematology with something far superior.

Unfortunately, Theranos’ tech turned out to be vaporware. Holmes’ vision to extract personal health information from a mere drop of blood never quiet panned out. A series of investigations led by the Wall Street Journal, the first of which appeared in October 2015, pricked a mortal hole in the heath care company’s aseptically clean image. Discrediting revelations kept arriving throughout 2016.

Theranos is now subject to multiple lawsuits and regulatory investigations. Over the course of a year, the once-high flying firm vaporized billions of dollars in its on-paper value. There is, perhaps, no better representation of the collision between the uncompromising ambition of a young entrepreneur, the unwitting avarice of investors, and the bursting of private market hype.

The aging Internet portal attempted to revamp itself under Marissa Mayer, a Google (GOOG) alum, into a first-rate destination for advertisers. Despite Mayer’s best efforts, online ad revenues steadily slipped, and shareholders continued to regard the company as little more than a holding vessel for a couple of prescient stakes in Alibaba (BABA) and Yahoo Japan.

After shopping around for a buyer for some time, Yahoo finally found a taker in Verizon (VZ), who a year earlier had bought a similar weathered media company, AOL. Things finally looked up—that is, until the company disclosed a massive data breach affecting at least 500 million customers in September. A few weeks later a report surfaced alleging that the company had participated in a secretive NSA-linked spying program. Before the end of the year, Yahoo (YHOO) disclosed another even more massive data breach of 1 billion accounts.

Each bombshell raised the possibility of Verizon scrapping the acquisition, or at least asking for a hefty discount from its initially proposed $4.8 billion. The saga encapsulates the struggles of the online ad industry, tech companies’ newfound interest in snatching up media companies, and the growing importance of IT security due diligence when considering M&A deals.

The social media network utterly dominates the attention economy, and publishers today kneel obsequiously at the foot of Facebook CEO Mark Zuckerberg. When Zuckerberg proposes an ad revenue sharing scheme in exchange for faster article load times, outlets obey. When his coders tweak the network’s news feed algorithms to prefer video plays over articles, sites restructure and lay off writers. When an epidemic of fake news spreads like wildfire across the platform—well you get the idea.

Facebook (FB) has positioned itself at the center of our online lives, a fact made apparent by the company’s incredible business performance over the past year. (Read Fortune’s “Businessperson of the year” profile for more on that.) Social movements build momentum there. Political campaigns push platforms on the site. People everywhere learn about the world through its trending items, whether they’re true or not. There is no discussing the biggest tech stories of the year without mentioning the place where most people encounter them.

Few people expected victory in the 2016 presidential race to go to Donald Trump.

Defying just about every national poll, the real estate billionaire clinched the executive office on a wave of populist and grass roots support. (And perhaps a little help from the Kremlin’s hackers.) Trump’s message, delivered with embellishment and brio, often on Twitter, struck a chord with the American electorate. People are sick of free trade agreements, jobs shipped overseas, career politicians, and an overspending government, apparently.

Given the President-elect’s statements about tech companies on the campaign trail, execs have reason to be concerned. Trump bashed Apple for duking it out with the FBI over encryption. He blasted Verizon for laying off workers. He threatened to block a mega-merger between AT&T (T) and Time Warner (TWX). There’s tension between the two, to say the least.

At a recent meeting between the Silicon Valley elite and the incoming administration, the two sides attempted to make amends and restart the relationship on a better footing. “I’m here to help you folks do well,” Trump told the room, most of whom had backed his opponent Hillary Clinton during the campaign season.

Trump’s election is not just the biggest tech story of 2016, it is the biggest story of the year. And it is one that likely will last another four.