How T-Mobile Is Getting More Complicated With Unlimited Plans 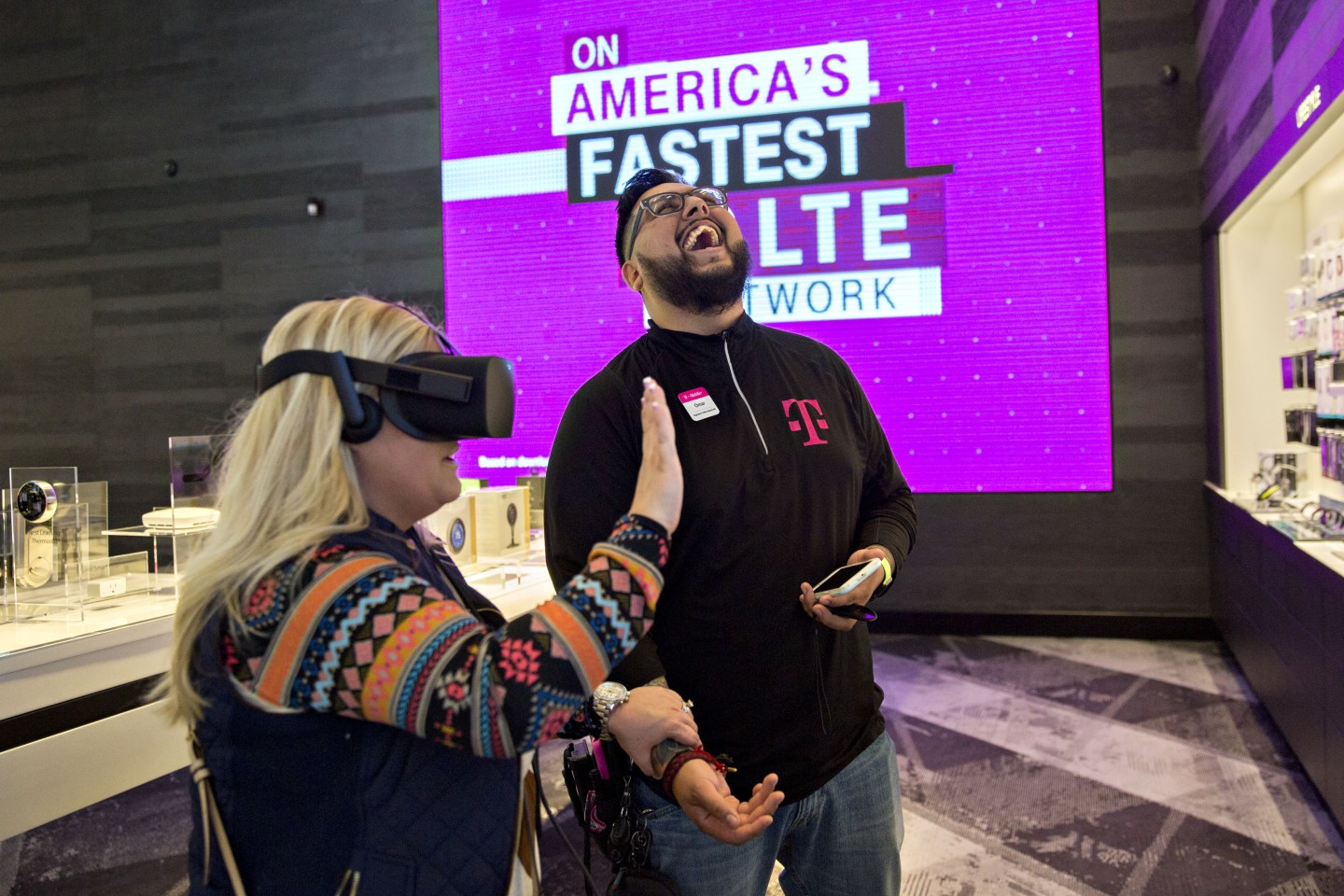 T-Mobile became the fastest growing wireless carrier over the past few years by simplifying its mobile plans while throwing in more and more consumer-friendly features. This week, the carrier made a few changes that seemed to move in the opposite direction.

After touting a new single, low-cost unlimited data plan this summer as the best choice for most customers, T-Mobile unveiled several more expensive versions of the plan this week, each with different features and limitations.

The wireless industry had been moving away from unlimited data plans until T-Mobile and Sprint (S) revived the concept in August. Both carriers slashed prices on unlimited plans, particularly for families or other multi-line customers, though with a few limitations.

The idea was a simple marketing appeal—customers could stop worrying about how much data they had left every month–combined with the possibility that many would move up to the new unlimited plans from cheaper limited plans, raising more revenue. T-Mobile CEO John Legere said the carrier eventually would shift away almost entirely from old-fashioned limited data plans.

But the simple appeal may not be working as planned. This week, T-Mobile announced two higher-priced unlimited data plans, each with different features. With three different unlimited plans at three different prices, T-Mobile now appears to be losing ground in the battle with complexity.

Under the original plan from August, a customer paid $70 for one line and up to $160 for four lines and could use all the voice, text, and data they wanted, in theory. The plan also included some popular features that T-Mobile (TMUS) had rolled out in recent years, like the elimination of roaming charges in 140 countries.

But the plan also automatically downgraded the quality of streaming video to DVD quality and greatly slowed data speeds for tethering a laptop or other device to a phone. Also, customers who used more than 26 gigabytes in a single month could see their overall data rate slowed dramatically.

Under the new T-Mobile One Plus plans announced this week, customers can pay more and have some of the limitations removed. Starting at a price of $85 per month, a $15 premium, the first plus plan adds the ability to watch high definition video, use Gogo Wi-Fi on airplanes and have faster data rates in foreign countries. An even pricier Plus International plan starting at $95 per month has those three extras, throws in unlimited calling from the United States to phones in dozens of other countries, which makes sense given the plan’s name, and also adds unlimited high-speed tethering to other devices.

The two new plans replace a single $95 per month Plus plan which had been added a few weeks after the original unlimited deal and had included most of the features now split between the two price levels. In effect, the new middle price plan lets a customer who wants higher-quality video but doesn’t need high-speed tethering pay $10 less than under the old Plus plan. But that choice doesn’t have much to do with the feature to call landlines in 70 foreign countries for free, now also added to the most expensive unlimited plan.

T-Mobile maintains that the two new options are simply bundles of popular features that were available previously a la carte. And the new $25-extra International Plus package has all of the features of the previous plan at that price plus new additions like the free international calling and airplane wi-fi usage, the company said. “While our competitors have dozens of plans that confuse and force consumers to pay more, T-Mobile has one plan with two optional, straight-forward add-ons: Plus & Plus International, which we’ve made even better for customers without increasing the price,” senior vice president Janice Kapner said in a statement to Fortune.

It is true that T-Mobile’s three offerings, and continued de-emphasizing of limited data plans, remains a far simpler line up than the choices at larger competitors AT&T (T) and Verizon (VZ), which have all manner of plans and add-on options. And AT&T’s unlimited plan is only available to DirecTV subscribers, while Verizon only offers unlimited data downloads by the hour.

Analysts say the economics of offering fewer different price levels for plans may have oversimplified T-Mobile’s line up and hurt revenue growth.

“Given that T-Mobile has basically eliminated the ability to drive higher revenue per user through tiered data plans, it has to find other ways to up-sell customers to more expensive tiers,” Jan Dawson, chief analyst at Jackdaw Research, says. The old plans required a $25 per month jump, he notes. “So they’re now breaking that down into a couple of different levels to make it more palatable for customers to add extra services without having to pay $25.”

(This story was updated on Dec. 22 with additional comments from T-Mobile)