Why America Would Lose a Trade War With China 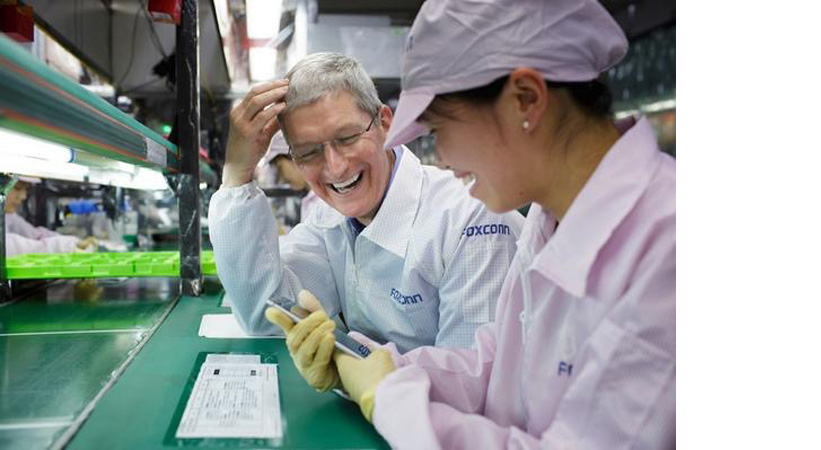 Donald Trump’s recent comments raise the specter of a trade war with China. With every move that’s made concerning U.S. – China relations, a growing number of experts are weighing in on the possibility of a trade war, most deeming it all but inevitable. . The real question is to what degree?

If Trump were to impose the 35% to 45% tariffs that he talked about in his campaign, the situation could evolve quickly into a total rupture. But there are a number of intermediate stages that might be painful to both the Chinese and to American companies, but would still leave open trade in certain areas that both sides consider critical. What is certain is that a complete rupture would hurt American companies and China as well, though America will likely be the bigger loser.

For the moment, the Chinese are still taking a “wait and see” approach. Trump won’t officially become president until after the inauguration on January 20, and his policy towards China could then become quite different from his campaign rhetoric. Since the president-elect often contradicts himself in public, it is difficult to get a clear picture of what his real intentions are, and the fact that most of his communications regarding China so far have either been Tweets or casual remarks to the media, makes it difficult to determine where he is actually headed. For once, the decision-making process in Washington promises to be almost as opaque as the one in Beijing.

But Trump is entering uncharted waters. The danger is in thinking that talking tough to China will produce positive results. It won’t. From Beijing’s perspective, international trade takes a second seat to internal politics. Chinese President Xi Jinping’s top priority is to maintain political stability. He cannot lose face in his relations with a new administration in Washington and hope to retain power at home. He especially cannot deal with an American president who the Chinese feel fails to show proper respect for China itself. And, now that China has emerged as the world’s second most powerful economy, he really doesn’t have to.

A trade war would be problematic, but it would not be a disaster for China, mainly because the U.S. needs China more than vice versa. Twenty years ago, the situation might have been different. China was dramatically underdeveloped, and it wanted access to Western technology and manufacturing techniques. China has most of what it needs now, and what it doesn’t have it can easily obtain from vendors outside the U.S. While the American market looked enticing a few decades ago, it is relatively mature, and today the newer emerging market countries have become much more interesting to Beijing.

Read more: What Will Stop Trump From Starting A Trade War With China

The fastest growing markets for the best items China produces, like laptop computers and cell phones, are in developing regions such as India, Latin America, and Africa. In contrast, China itself is a market that the U.S. can hardly ignore. By the end of 2015, Chinese consumers bought 131 million iPhones. The total sales to U.S. customers during the same period stood at only 110 million. And iPhones are only a small part of U.S. exports. Boeing, which employs 150,000 workers in the U.S., estimates that China will buy some 6,810 airplanes over the next 20 years, and that market alone will be worth more than $1 trillion.

Were Trump to start a trade war, the most immediate effects would probably be felt by companies like Walmart, which import billions of dollars of cheap goods. The prices on almost all of these items would quickly skyrocket beyond the reach of the lower economic brackets—not because of manufacturing costs, but because of the tariffs. The result would be an economic war of attrition that China is infinitely better positioned to win.

China’s foreign currency reserves now stand at more than $3 trillion. In contrast, the U.S. has foreign exchange reserves that hover at around $120 billion. Trump’s tariffs would automatically trigger penalties against the U.S. in the World Trade Organization (WTO), and might even lead to the WTO’s collapse, which would lead to higher tariffs against U.S. exports. While it might take a while for that to happen, the turmoil would be catastrophic for American business and employment. China, on the other hand, would emerge relatively unscathed.

In fact, the importance of the U.S.-China relationship is already being challenged by other players. Apple’s iPhone sales in China are running into competition from local Chinese manufacturers, and Samsung is more than happy to fill any void that the Chinese can’t deal with. Likewise, the Chinese would happily shift their trillion dollars in future aircraft purchases to Airbus a European firm that is already building a plant in China to finish assembly of large, twin-aisle jets. As for automobiles, most Chinese would just as soon drive a Mercedes, BMW, or Lexus as a Ford.

Trump’s abandonment of existing U.S. trade agreements would accelerate China’s displacement of America as the world’s leading economic power. Both China leading economic experts hope that won’t happen quite yet, but almost anything is possible.

Winter Nie is the regional director of Southeast Asia and Oceania for IMD Business School.