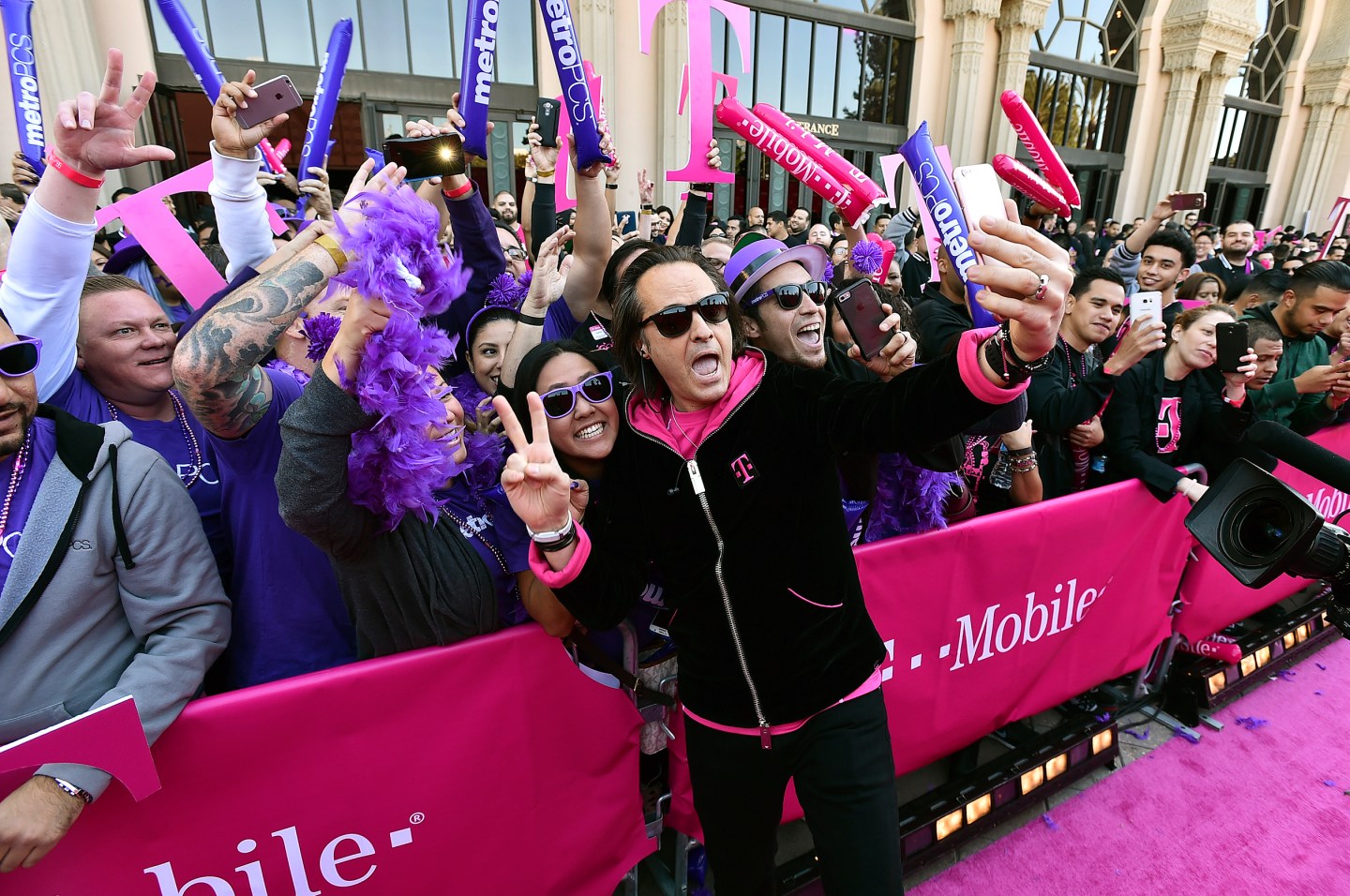 T-Mobile CEO John Legere calls his successful gambit to shake up the wireless industry the “un-carrier” strategy because so much of it was at odds with the industry’s conventional approach. After four years, it may be time to dub Legere himself the “un-CEO.”

With over 3 million Twitter followers, a running series of Sunday slow cooker Facebook Live videos, and the occasional expletive-laden tirade against his larger competitors AT&T and Verizon, Legere definitely does not fit the mold of a chief executive. In a new piece in the Harvard Business Review out on Tuesday, Legere explains just how he came up with some of his most winning—and raucous—business ideas.

One early bit that worked was aggressive talk that attacked competitors by name. Legere says the move started at his first CES show in 2013, when he “just snapped” in answering a reporter’s question. The rare candor from a CEO earned T-Mobile (TMUS) millions of dollars in free publicity and grabbed consumers’ attention. It’s also, in some ways, the approach used by the President-elect to get elected, as Legere points out to HBR’s readers.

“Public attitudes have shifted about the rhetoric and candor we want and expect from leaders—fortunately, more toward my approach,” he writes. “Look at the 2016 presidential campaign, or at how people like Mark Cuban and Elon Musk communicate.”

But Legere wasn’t just ranting. He was also crafting a story, a coherent narrative, with heroes and a villain, in this case AT&T. It was no random pick. “AT&T had exclusive rights to the iPhone when it was launched, and people felt the company had taken advantage of that in pricing and customer service,” Legere writes. “Research showed that people hated AT&T—the company had off-the-chart negatives.”

Legere also confessed to have a sharp competitive streak. “I like winning, but I enjoy it even more when I’m making someone else lose,” he concedes.

Being so direct and swearing frequently in public obviously has downsides, as well. After accusing AT&T (T) and Verizon (VZ) of “raping” their customers in June 2014, Legere had to apologize. And earlier this year, he backed off criticism of the Electronic Frontier Foundation in the net neutrality debate.

Legere is also unlikely to win a popularity contest among his peers. Other top industry executives love to trash talk Legere in private. Sprint (S) CEO Marcelo Claure called him out publicly this summer and they’ve had a few nasty Twitter spats.

Another key piece, Legere’s active Twitter (TWTR) life, started when one of his two daughters—he doesn’t specify whether it was the elder who has a pierced tongue or the younger with her six tattoos—took his phone at dinner and set up an account. A few tweets later and T-Mobile corporate security was calling saying that an impersonator had stolen his identity on the social site.

“I assured the caller that it really was me,” Legere says. “Our lawyers said it was a terrible idea for me to tweet, but I ignored them.”

Legere has made a cottage industry of ignoring lawyers, human resource execs, and others who tried to rein in his exploits. For instance, he insisted that all employees be allowed to watch and submit questions to his first meeting with his senior staff. He junked the ruling that prohibited an Afghan war veteran from displaying a platoon photo on his desk. And he threw out a rule banning employees from having tattoos or facial piercings, which barred both his daughters from theoretically asking dad for a job.

“It was upsetting that they couldn’t get a job at a company I was running,” he writes. “The policy was changed immediately. When I see something I disagree with, I ask why, and when I hear the answer, I ask why again.”

Eventually, Legere realizes, he may have to pick a new enemy. With customer-hated cable companies entering the wireless market next year, they could be next in the T-Mobile CEO’s cross hairs.