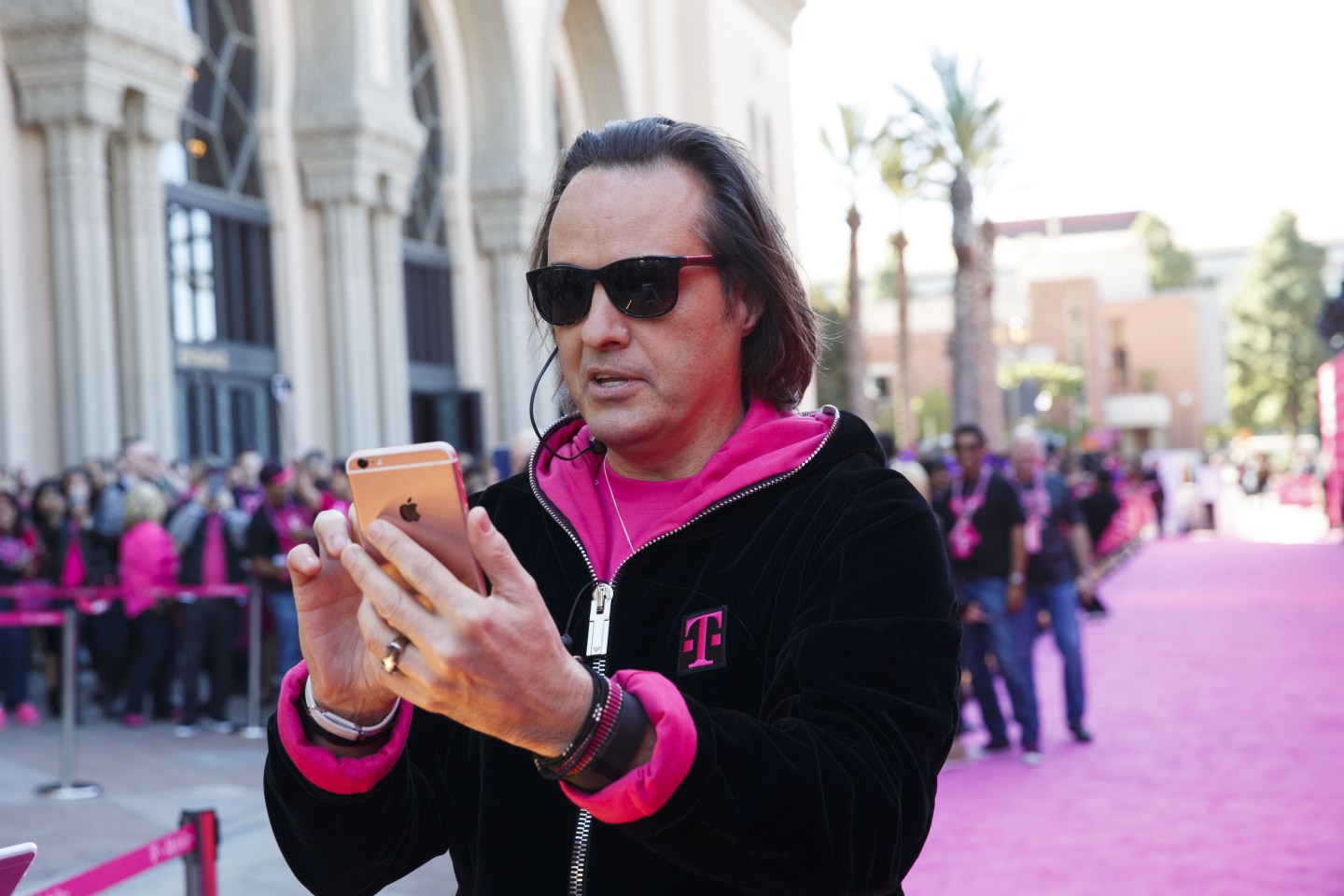 The CEOs of wireless carriers T-Mobile and Sprint often feud on Twitter, but the quips escalated quickly into a personal attack.

Both T-Mobile CEO John Legere, who has 2.9 million Twitter (TWTR) followers, and Sprint CEO Marcelo Claure, who has almost 129,000 followers, began posting on the social network about new unlimited data plans that each of their companies introduced on Thursday.

Claure started the mud fight by calling the new T-Mobile (TMUS) plan, which starts at $10 more per month than Sprint’s, a “crappy plan.”

Legere fired back, saying the new Sprint (S) offer was a “copy-paste” of T-Mobile’s just-announced plans.

Then Claure went ultra-negative, labeling Legere as a “con artist.”

Legere didn’t take the bait and stopped responding directly to Claure. But he may have annoyed the Sprint CEO earlier in the morning when he posted on Twitter (TWTR) making fun of Sprint’s new TV commercials.

Thursday’s Twitter battle was hardly the first between the two CEOs. Last year, the two had a public war of words on Twitter over an earlier Sprint TV spot and the quality of the two companies’ respective wireless networks.

Legere has generally held the upper hand in the competition between the two companies performance in the market, as T-Mobile has added by far the most new subscribers over the past few years and surpassed Sprint last year to become the third-largest U.S. carrier.

Sprint’s stock has been a better performer so far this year, although T-Mobile has done much better over the past two years.