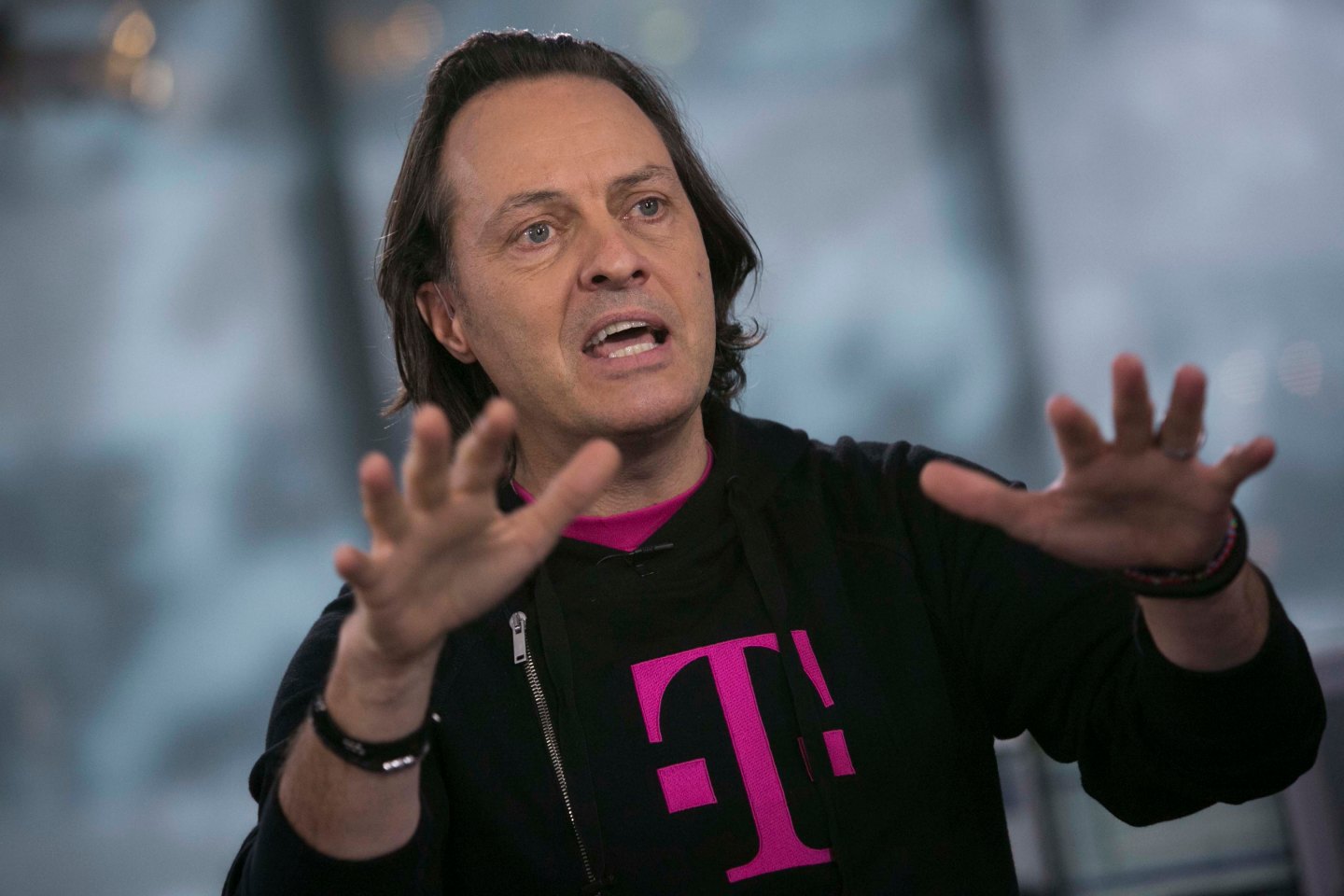 It all started when T-Mobile’s Legere wrote, “I give credit to @sprint for swinging the bat when they do – but #allin is a swing and a miss, guys!! #sprintlikehell.” He then linked to a Re/code article bashing Sprint for its latest ads that attacked its competition.

Sprint’s Claure didn’t allow for that pointed tweet to go unnoticed. He wrote: “@JohnLegere I am so tired of your Uncarrier bullshit when you are worse than the other two carries together. Your cheap misleading lease.”

The Twitter battle amid plenty of flux in the wireless industry. Verizon and AT&T are firmly in the #1 and #2 spot by number of subscribers, while Sprint and T-Mobile have each been involved several various merger and acquisition talks in an effort to pose a bigger threat to their larger rivals.

Verizon, meanwhile, recently acquired AOL and has been named the best carrier in the U.S. once again.

And here are the tweets:

@JohnLegere I am so tired of your Uncarrier bullshit when you are worse than the other two carriers together. Your cheap misleading lease

@JohnLegere imitation is a joke. You trick people to believe that they have a 15 dollar iphone lease payment when it's not true. You tell

@JohnLegere them they can upgrade up to 3x but you don't tell them the price goes up to 27 dollars when they do. You say one thing

@JohnLegere but behave completely different. It's all a fake show. So its really #Tmobilelikehell

When it comes to self-destructing, Marcelo is #Allin https://t.co/oXRmfI0T2L

Think I hit a nerve at end of rough week? ;) Maybe end of the Q is a hard day over there. @TMobile numbers speak for themselves. #comingsoon

Isn’t it cute that Marcelo’s been following me on twitter since joining? Now he’s starting to sound like me to get attention – it’s working!