Sprint CEO Claure Dishes on Pricing, Mergers, and His Rivals 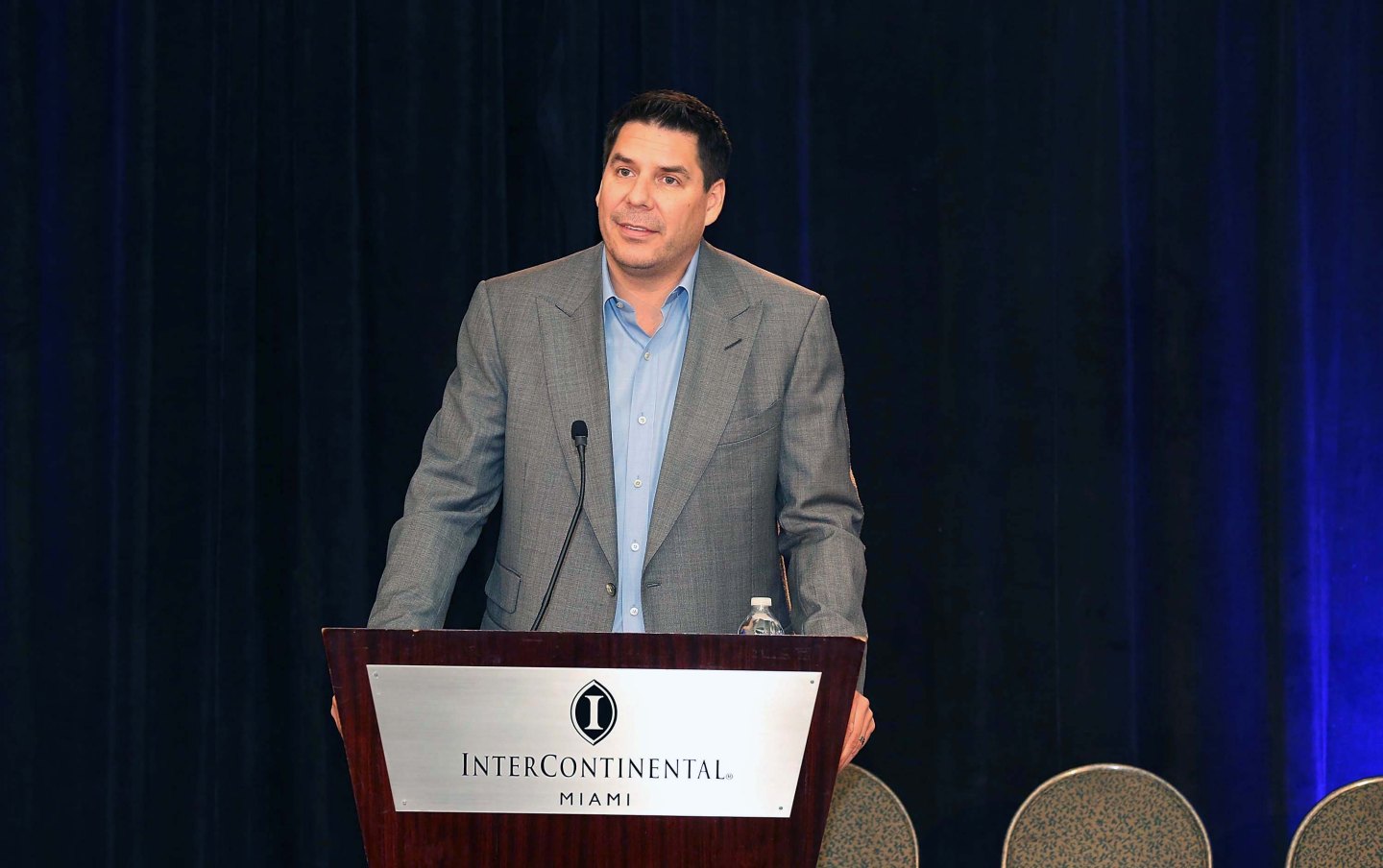 Things are looking up for Sprint CEO Marcelo Claure, who just passed his second anniversary on the job.

In much of his first year, as Sprint was hemorrhaging customers and its stock price kept plumbing new lows, the Bolivian-born executive faced what some analysts said was an impossible job.

But Claure combined a savvy marketing campaign–featuring customers with chain saws and deeply discounted prices–with some clever financial engineering to get Sprint back on track. The moves have paid off this year, as Sprint had its largest number of new regular monthly customers added in nine years in the first quarter and the lowest defection rate to other carriers in its 20-year history. Oh, and the stock price is up 70%.

On Thursday, Claure started the next phase of the Sprint transition, beginning a shift away from the wireless industry’s dependence on giving customers only limited buckets of mobile data to use each month. Under a new, less expensive unlimited plan, which Claure tells Fortune he expects will become the most popular option for most customers, there is no fear of hitting the limit anymore.

“Our idea is one plan and to eliminate everything else,” he says. However, Sprint won’t end its cheaper plans, which still have monthly data limits, right away. “We’re going to gradually transition. But the plan is to be that carrier that only has one rate plan for new customers and (the same one) for existing customers.”

The Sprint plan, which starts at $60 a month and does limit the bandwidth available for online gaming and music and video streaming, is quite similar to a new unlimited plan from Claure’s arch rival, T-Mobile CEO John Legere. Legere announced his revamped unlimited offering, which starts at $70 and limits video bandwidth, on Thursday morning.

T-Mobile said it would phase out all its other plans for new customers starting next month. Verizon, which recently increased its prices, still has no unlimited offering. And AT&T (T), which unveiled a more complex revamping of its monthly plans this week, offers unlimited plans only to subscribers of its DirecTV satellite service.

Claure tells Fortune that Sprint’s new plan had been in the works for quite some time and was originally to be announced on Friday. Extensive trials in Boston, Phoenix, and Oklahoma, among other markets uncovered the sweet spot for mobile customers.

“Consumers don’t want to worry about data overages,” he says, adding they were looking to pay up to $50 to $60 a month. “We hit it right where consumers want.”

Sprint, which has the most unused spectrum in the industry, can also more easily afford to accommodate increased usage from new enrollees in the unlimited plans. “You have to play your assets to your advantage,” Claure says. “Our number one asset is our spectrum.”

Legere, whose company continues to add more subscribers every quarter than Sprint, continues to be a thorn in Claure’s side. At one point on Thursday, the two traded quips on Twitter. Claure called the new T-Mobile (TMUS) plan “crappy” and derided Legere as a “con artist.” Legere said Sprint’s plan was a “copy-paste” of his, but didn’t respond to the more personal attacks.

“Legere has gotten a free ride for way too long,” Claure says, a few hours after the Twitter fight petered out. “I’m going to call his bluff, keep everybody honest.”

To learn about an earlier Sprint Twitter spat, watch:

Still, the media continues to report rumors that Claure, and his boss, Softbank CEO Masayoshi Son, would like to acquire their Seattle-based rival. Softbank, the Japanese tech investment conglomerate which owns a majority of Sprint, came after T-Mobile in 2014, but antitrust regulators signaled their displeasure and Son dropped the pursuit.

This week, Bloomberg reported continued interest in the deal from Softbank.

Claure confirms that the merger interest is real but wholly theoretical at this point.

“We’ve always said that we were interested,” he says. “It would be nice to combine both companies to give us scale. Today that is a wish.”

Explaining that the it would take a new president and a new understanding of the mobile market among regulators to allow such a combination to go forward, Claure says no deal is imminent. “We’re not engaged in any serious discussions,” he says.

After T-Mobile and Sprint (S) unveiled their unlimited plans, shares of both companies posted small gains while the stock prices of larger rivals Verizon (VZ) and AT&T fell slightly. But over the long haul, if Claure is correct, the new unlimited plans may have a lot more impact.