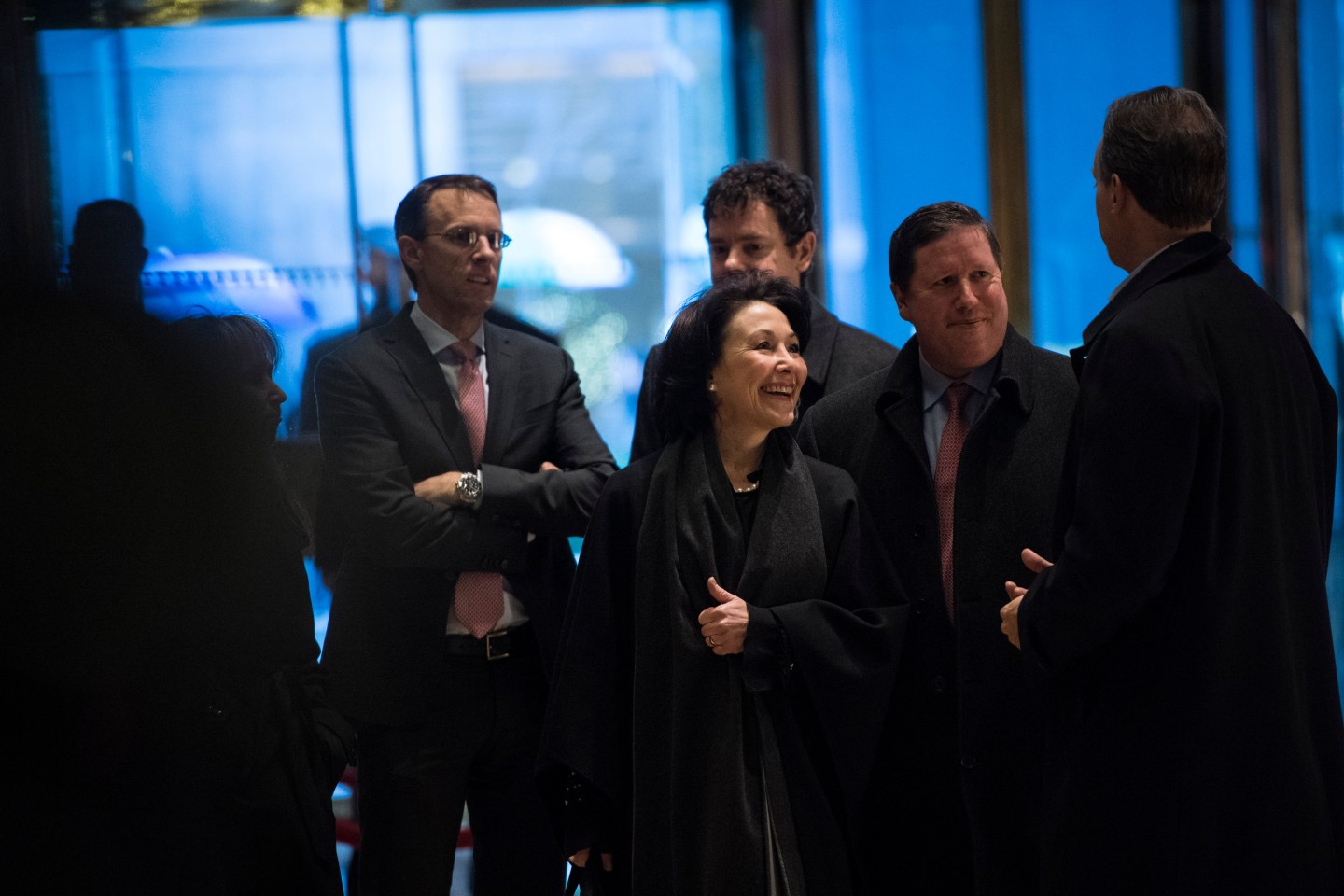 Oracle is getting push back from at least one employee about its co-CEO working with President-elect Donald Trump.

George A. Polisner, an Oracle (ORCL) director, posted an open letter on LinkedIn to tell Oracle’s Safra Catz that he is resigning. Polisner cited the decision by Catz to work on the Trump transition team along with a laundry list of complaints about Trump’s plans for Social Security, Medicare, and immigration policy.

I am not with President-elect Trump and I am not here to help him in any way. In fact–when his policies border on the unconstitutional, the criminal and the morally unjust –I am here to oppose him in every possible and legal way.

The post has garnered nearly 90 comments, most of them supportive. An Oracle (ORCL) spokeswoman had no comment.

Polisner also posted an online petition protesting Oracle’s work with the incoming administration. As of this writing, that petition had 25 signatures.

On his LinkedIn profile, Polisner describes himself as a progressive technology and political strategist. He also listed Democratic Coalition Against Trump as one of his current affiliations.

Polisner’s move comes a day after news surfaced about an online petition by an IBM (IBM) software engineer protesting an open letter that IBM CEO Ginni Rometty wrote to the incoming president. In it, she said the company would be happy to work with the administration on several key issues.

Tech executives, many of whom supported and even contributed to Democratic nominee Hillary Clinton’s campaign, have found Trump’s ascension to power awkward to say the least.

For more on the Tech Summit watch:

Many political analysts say widespread resentment over the the arrogance of Silicon Valley’s billionaires contributed to Trump’s win. Last week, a number of them attended a tech summit with Trump to lay out what they think are the most important issues facing their industry. Apple (AAPL) chief executive Tim Cook, who attended the summit along with Rometty and Catz, justified his presence in a message to employees. Cook reportedly said that it is easier to have political influence if you’re in the arena and rather than sitting on the sidelines.