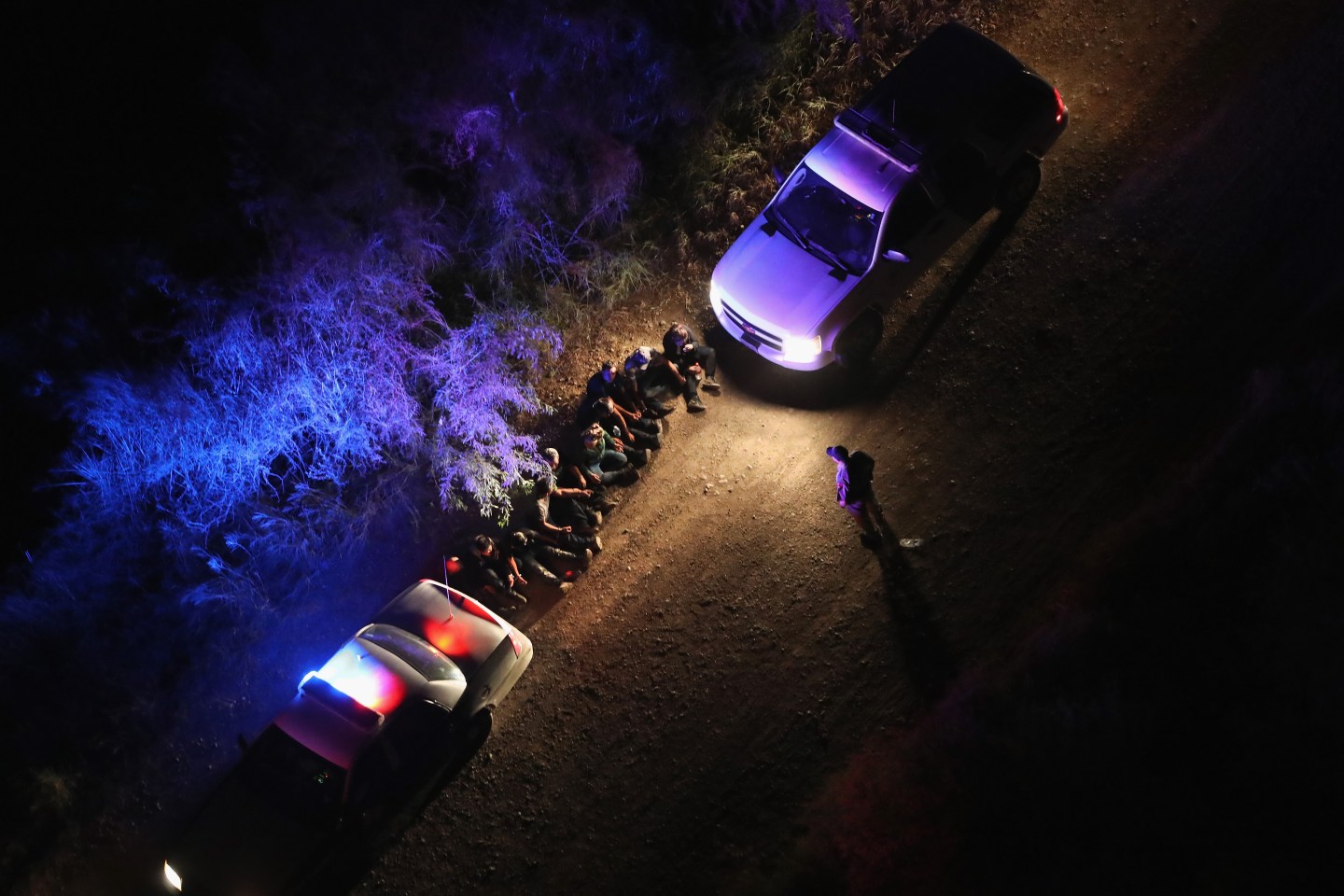 Texas Republicans have spent years trying to crack down on illegal immigration across the southern border with Mexico. Emboldened by the election of Donald Trump, however, the time may finally be right for the GOP to mobilize an assault on loosely defined “sanctuary cities,” especially with two large counties eyeing such policies.

Texas Gov. Greg Abbott has pushed the issue to the front of his unofficial agenda for 2017, pledging in interviews and on social media to sign into law a “ban” on cities and local governments that are seen as protecting people in the U.S. illegally, with sanctions such as cutting state funding. Civil rights groups believe such pledges can lead to racial profiling.

Previous pledges by Republican governors and GOP-majority legislatures never have made it into law in Texas. But the political tide has changed, says Sen. Charles Perry, a Lubbock Republican, who has tried to pass a sanctuary cities ban for several years and already filed a bill for the session that starts in January.

“The American people made it clear that solving our illegal immigration crisis must be a priority,” Perry said. “That starts by eliminating sanctuary cities, securing our border and enforcing the immigration laws we currently have on the books.”

Some cities across the country, like Chicago, New York and Seattle, have adopted formal sanctuary policies—forbidding police from asking about a person’s immigration status or cooperating with federal immigration officials. Nothing like that exists in Texas, civil rights activists say.

“Every county in Texas, they let (immigration officials) into their jails to review the booking sheets to see who’s been brought in and review their status,” said Terri Burke, executive director of the Texas chapter of the American Civil Liberties Union.

But sheriff-elects of Travis and Harris counties, two of the state’s largest that contain Austin and Houston, respectively, have said they are considering ending cooperation programs with federal immigration officials.

Civil rights and immigration advocates see the call to ban sanctuary cities as hostile to Latinos and warn it would lead harassment by police. Business groups worry about a reduced labor pool, and some law enforcement officials say crime victims won’t call police if they fear it could lead to deportation.

The debate rarely considers the officers who are sworn to uphold the law but find themselves caught in political battles, according to Charley Wilkison, the executive director of the Combined Law Enforcement Associations of Texas.

“They all want political slogans and bumper sticker solutions,” he said. “If (officers) make a legitimate criminal stop, we’re not going to stand for them to be turned into a racist, and we don’t want them being confused as to what their job is.”

Texas came close to a sanctuary cities ban in 2011 when then-Gov. Rick Perry made it one of his “emergency” issues. A bill passed the Republican-controlled Senate after a tense racially charged debate, but failed without a final vote in the GOP-led House.

Legislative Democrats railed against that bill as racist. Sen. Jose Rodriguez, an El Paso Democrat, expects the same next session.

“This is a bill that is directed at Latinos. It impacts not just the immigrants, but citizens and documented immigrants too, just because of the color of our skin and our accents,” Rodriguez said.

The sanctuary cities issue struck a national note in the 2016 presidential campaign when a woman was shot and killed in San Francisco by an alleged gunman who had been deported multiple times and recently released from jail by local authorities. Trump promised to “end the sanctuary cities” and said those “that refuse to cooperate with federal authorities will not receive taxpayer dollars.”

Democratic mayors of major cities across the U.S. have tried to soothe worried immigrant populations in their cities. In Texas, the mayors of Houston and Austin recently pledged to be welcoming to immigrants.

“We build bridges and not walls,” Austin Mayor Steve Adler said at a rally shortly after Trump was elected. “Nothing that happened (in the election) changes who we are as a community, our values or our culture.”