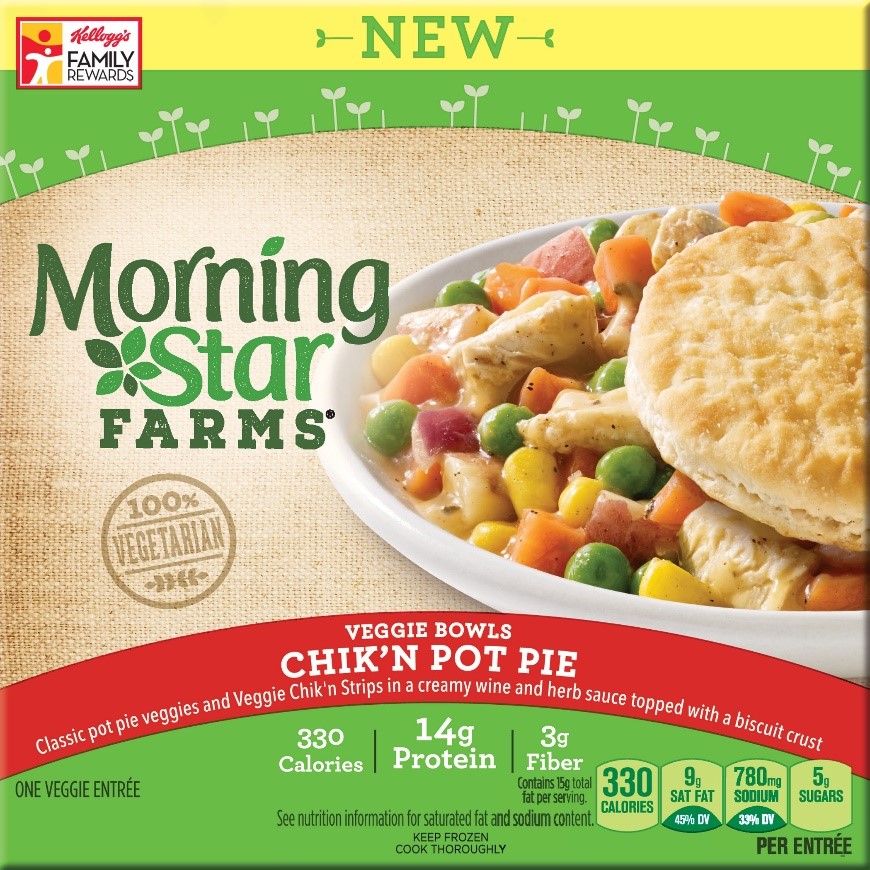 Much has been made in recent years about how declining cereal sales have hurt breakfast giant Kellogg. The company also has to contend with helping revive another core brand: meatless foods leader Morningstar Farms.

Morningstar Farms has had a couple of tough years. It was stung by a recall in early 2015. It holds market-leading positions in the meat substitute and frozen meat substitute categories—but is losing market share to smaller rivals, most notably Gardein, a plant-based protein brand that was acquired by Pinnacle Foods (PF) back in 2014. Other Big Food giants like Kraft Heinz (KRFT) also compete in the category. And startups like Beyond Meat—which has received financial support from Tyson Foods (TSN) and General Mills (GIS)—pose a new threat.

Amid all that change, Kellogg (K) has signaled that propping up Morningstar Farms is a priority. “We’re actually disappointed with the transformation of Morningstar Farms,” Paul Norman, president of Kellogg North America, recently told analysts during a quarterly sales presentation. “We’re focused very much on getting back to growth.” He vowed that the brand would see sales increase in 2017.

Kellogg is betting on innovation to propel a rebound. This fall, the company debuted five new veggie bowls that lean on classics like chicken pot pie and international flavors from Italy and Japan. Morningstar Farms has debuted eight new items in total in 2016—in general it only launches two or three new items a year and has just about 35 options on shelves.

“One or two veggie bowls wouldn’t give us the presence on shelf,” said Todd Smith, marketing director of frozen veggie foods at Kellogg. “This is an above average year and that’s a demonstration about how the category is changing.”

Morningstar Farms is a pioneer in the plant-based meatless space that has seen a ton of new startup rivals enter the category and threaten shelf space at grocery stores and other retailers. Besides Beyond Meat, there’s Luvo, Amy’s Kitchen, and a slew of others angling for a slice of a global meat substitute market that could grow to over $5 billion by 2020. Bigger established brands like Morningstar Farms have generally seen challenger brands win market share as consumers are looking to experiment and give new brands a chance.

Norman has said that part of what held back Morningstar Farms recently has been a shift in packaging—the company ditched boxes for resealable bags that help prevent freezer burn for the foods. That shift led to some execution misfires on the shelf. “There’s no issue with the food. There’s no issue with consumer,” Norman said. “We just missed it here.”

Veggie bowls are an innovation that Kellogg’s team thinks is especially on trend with what consumers want today—quick, convenient options for dinner. It is a move away from the round meatless patties that the brand is known for, as well as a pivot toward greater variety of cuisines and flavors that typically aren’t found in a veggie pattie. There’s another simple reason Morningstar Farms is innovating more: It has to because competition is fierce.

“We are the market leader, we’ve been in the business the longest,” said Smith. “The space has evolved from round patties and the competitive environment has forced us to step up our game. That’s evident from the number of [new products] we are launching this year.”