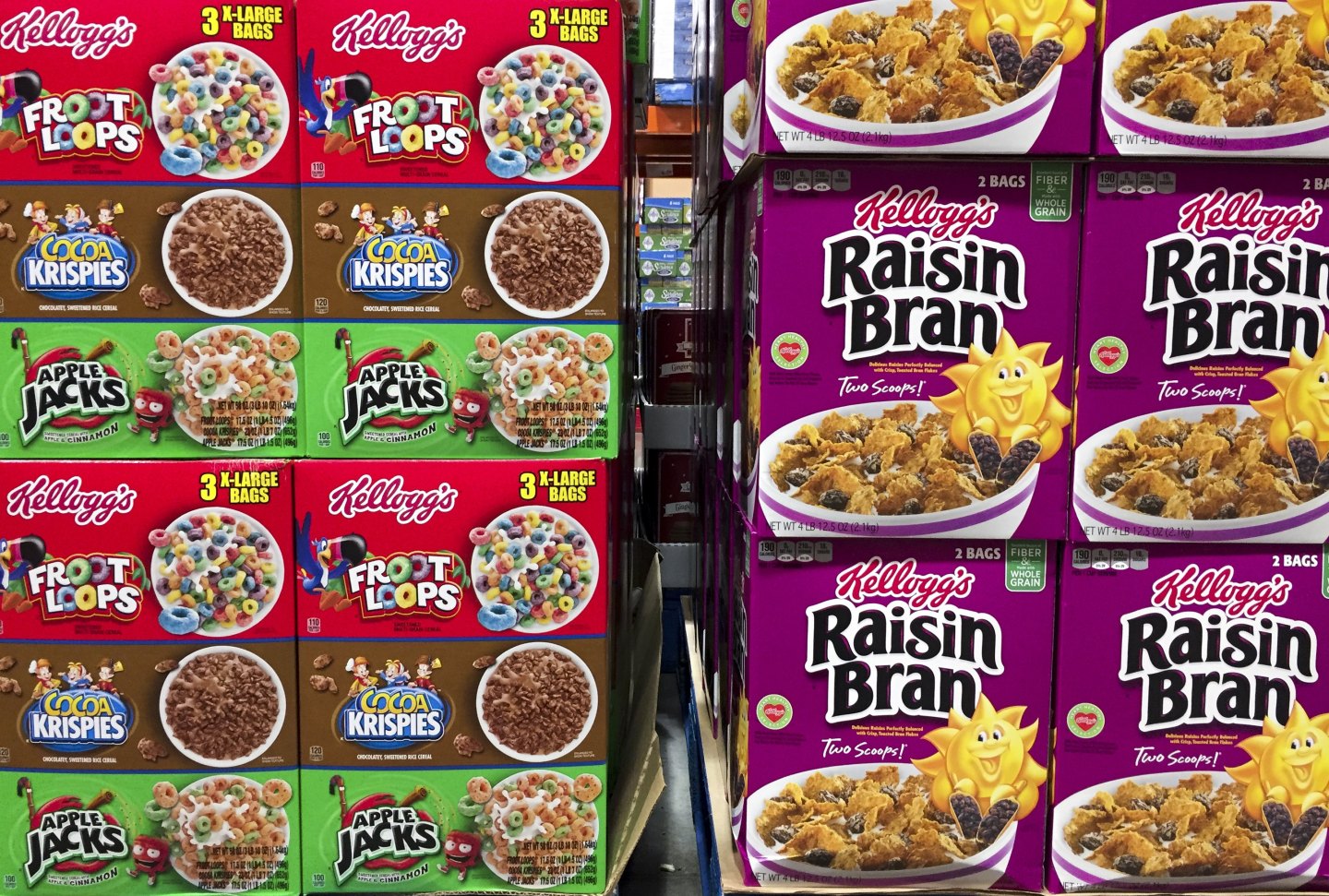 Boxes of Kellogg's cereals including Froot Loops, Cocoa Krispies and Raisin Bran are seen at a store in Arlington, Virginia, December 1, 2016. Kellogg's is facing a boycott organized by the Trump-aligned Breitbart News after the cereal giant decided to pull its advertising from the website. In the latest clash over corporate marketing and politics, Breitbart called on its readers to stop buying Kellogg's products to protest the company's "act of discrimination and intense prejudice." / AFP / SAUL LOEB (Photo credit should read SAUL LOEB/AFP/Getty Images)
Saul Loeb—AFP/Getty Images

Given the divisiveness of this year’s presidential election, it was only a matter of time before the rancor spread to corporate America.

Last week, Kellogg Co. was one of the latest companies to move into the spotlight of national politics, first when it decided to pull all advertising from the right-wing website Breitbart, and then when Breitbart subsequently called for a boycott of Kellogg’s products in retaliation. Breitbart described the back-and-forth between the two companies as “an escalation in…war.” Kellogg’s, for its part, has defended itself by saying that Breitbart’s political stances are out of line with the company’s values.

There is nothing abnormal about companies taking political positions. In the recent past, we’ve seen numerous Fortune 500 companies, including Paypal (PYPL), Dow Chemical (DOW), and Google (GOOG) make statements against HB2 in North Carolina, which eliminated transgender individuals as a protected class against discrimination. Others, including Microsoft (MSFT), Walmart (WMT), Coca-Cola (KO), and Alcoa (AA), openly supported President Obama’s climate change pledge, investing millions of dollars in an effort to reduce their negative environmental impact.

The conservative front has also enthusiastically fought for firms’ freedom to express positions on politicized social issues in recent times, as apparent in its advocacy of Hobby Lobby’s right to deny insurance coverage for employees’ birth control, in its advocacy of companies’ rights to express themselves through unlimited election spending, and its recent opposition to increase disclosure of corporate political spending to, ostensibly, protect firms’ ability to politically express themselves without fear of retaliation.

But what is abnormal about the brewing battle between Kellogg and Breitbart is that a news and opinion website aligned with an incoming presidential administration is aiming to retaliate against a company, Kellogg, that expresses disagreement with that administration’s agenda. Although Kellogg’s position was primarily to distance itself from values that it saw as counter to its own—for example, Breitbart’s frequent use of sexist headlines—Breitbart retaliated by labeling Kellogg as a “leftist” company that was opposed to the conservative cause.

Steve Bannon, former head of Breitbart, and his new boss, President-elect Trump, clearly still have the ears of Breitbart decision-makers. And Breitbart’s 19 million readers are largely Trump supporters. If Trump should choose to deny his administration’s involvement in this fracas, he should first answer to its uncanny resemblance to his own idiosyncratic method for confronting corporate opposition during the campaign, when he publicly called for boycotts of Macy’s (M) for dropping his clothing line after his controversial remarks about Mexican immigrants, Starbucks (SBUX) for discontinuing Christmas-themed cups, and Apple (AAPL) for opposing a judicial order that it saw as a threat to its customers’ privacy.

By sponsoring a boycott against Kellogg’s, Breitbart is implicitly using the political power of the president-elect to publicly harass and tarnish the reputation of an American business. Their message is clear: If you don’t openly endorse their radical right political agenda, they will use their political clout to smash you. This is unprecedented to say the least.

Our research on consumer boycotts has found that boycotts can lead to a decline in a company’s stock price and a reduction in government contracts, especially for those boycotts that have a great deal of media attention. The more media coverage a boycott gets, the more reputational damage the boycott does, and the more nervous investors get about the company.

Because Breitbart is itself a controller of media content, frivolously calling for a boycott is particularly reckless. In short, Kellogg’s boycott may signal the beginning of an era of American politics in which political clout is used to shame businesses into silence. If so, we should all be worried.

Companies and business leaders have a responsibility to stand up for the values and policies they think are best for their employees and competitive strategy. Shareholders demand it. But if businesses worry that taking reasonable positions related to public policy or values will lead to retribution from the public relations arm of a Trump administration, they may think twice about it. Boycotts are an important tool that consumers and activist groups use to bring attention to their causes and to get companies to pay attention to grievances.

But in the wrong hands, when orchestrated by a political machine, boycotts are a divisive and manipulative tool that can lead to a clear abuse of power.