How California Pizza Kitchen Was Saved by Barbecue Chicken 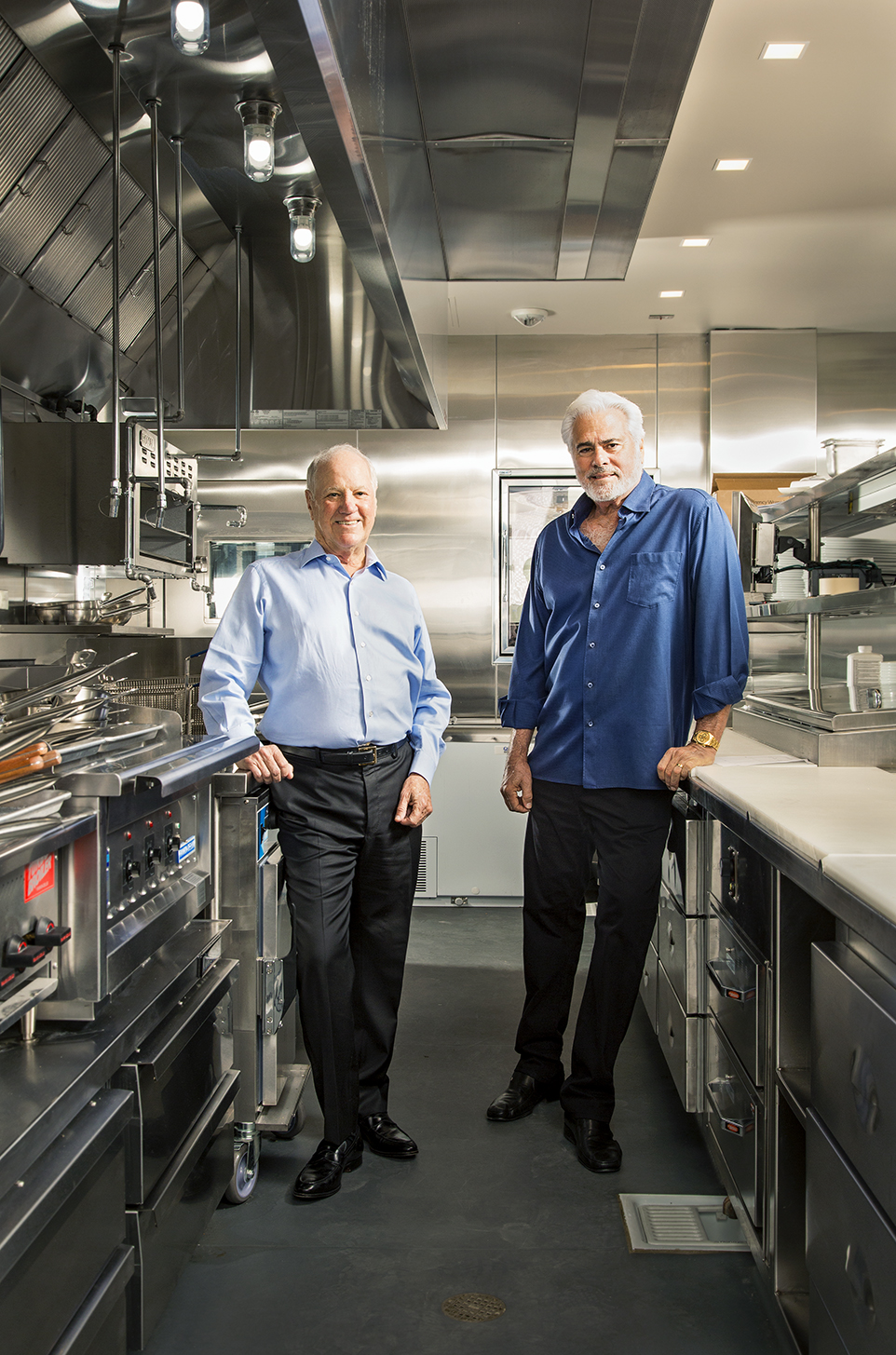 Larry Flax and Rick Rosenfield photographed on 11/22/16 for Fortune Magazine in the kitchen of their new Bottlefish restaurant in Los Angeles.
Photograph by Michael Lewis for Fortune

When Larry Flax and Rick Rosenfield left a lucrative law practice to open a restaurant, they had no idea what they were in for. They loved to cook and tapped a pedigreed pizza chef to design their menu. It bombed, except for one item: the barbecue chicken pizza. That unlikely hit ended up launching California Pizza Kitchen. The chain now has nearly 300 restaurants in 16 countries. In 2011, CPK sold for $470 million. Flax, 74, and Rosenfield, 71, plan to open a new upscale seafood restaurant chain called Bottlefish this month. Their story:

Rick Rosenfield: I grew up in a family of ­lawyers in Chicago and ended up in ­Washington, D.C., working for the Department of Justice, handling cases in the U.S. Supreme Court and the U.S. Court of Appeals.

Larry Flax: I grew up in Los Angeles, where my dad was in advertising for the studios. I studied law, and in 1968, I joined the U.S. Attorney’s Office in L.A.

Rosenfield: I came out to California as a special prosecutor, and when the opportunity arose, I requested a transfer to L.A. I prosecuted the heads of the Detroit and St. Louis Mafia for holding unlicensed interests in the Frontier Hotel in Vegas.

Rosenfield: Larry left in 1971 to go into private practice and lured me to his firm.

Flax: Less than a year later we split off into our own firm. We worked all over the country. We both love to cook and were silent partners in a restaurant for a short time.

Rosenfield: We lost money, but it whetted our appetites for running a restaurant. One day a friend said, “You chickens__t lawyers. Are you going to practice law your whole life, or are you going to do what you really want to do?”

Flax: That was in 1984, when we were commuting to San Francisco for 2½ months on a currency-fraud trial. By then, Rick and his wife had a baby, and I had a girlfriend in Houston. The work was lucrative, but we were burned out with traveling.

Rosenfield: We’d been thinking of leaving the practice of law. That case was so frustrating ­because we thought the facts were in our favor, but we got a hung jury. That broke the camel’s back. We came back to L.A. and said, “Let’s go into the restaurant business.” We had no idea what we were doing but signed a lease in Beverly Hills. It cost about half a million to open. We took out second mortgages on our houses and borrowed a quarter-million from the bank. When we needed more money, we put together a limited partnership. We called 23 friends, and 22 said yes, raising $300,000.

Flax: When we needed even more, we loaned the company $50,000 of our own money because we were too embarrassed to go back to the investors.

Rosenfield: California-style pizza was just emerging. When Wolfgang Puck’s Spago opened, you couldn’t get in for weeks. Our idea was to bring Spago to the masses. The pizza cook from Spago consulted for us, and he created the original CPK menu, with things like rabbit sausage, radicchio, pine nut, grape-leaf pizza. None of it sold.

Flax: What did sell was the barbecue chicken pizza.

Rosenfield: That’s where the future was: taking items people loved and putting it on pizza. So Larry and I created a new menu. Our next success was the Thai chicken pizza.

Flax: As lawyers, we’re cautious and logical. If we had known then what we know now, we never would have opened a restaurant. Sometimes you have to be blind to risk and just take it. Once you take the first step, you just keep going.

Rosenfield: I stopped practicing six months before opening, and Larry kept the practice going, with the expectation we’d wind it down. But once we opened the restaurant, we never got another client.

Flax: Opening night was crazy. Someone made a reservation for 7:30 p.m. for his son’s 16th birthday party and was late. The place was jammed, and we had to deal with angry people waiting in line while there was an empty table for 12 in the middle of the restaurant. The next night, we stopped taking reservations.

Rosenfield: We did close to $1.5 mil­lion in revenue the first year, far exceeding our expectations.

Flax: But without a law practice, we had to raise money and open more restaurants to pay ourselves a salary. So we converted the limited partners to stockholders in CPK Inc. ­Every time we’d sign a new restaurant, we’d sell more stock.

Rosenfield: Attracting labor was a challenge whenever we went to a new town. We weren’t known and had to send in temporary teams of cooks, dishwashers, and waiters. Once we had a national reputation, it wasn’t an issue. By 1992 we had 25 restaurants and $55 million in annual revenue.

Flax: We were preparing to go public when we heard from PepsiCo (PEP), which wanted to buy into casual dining.

Rosenfield: They bought two-thirds of the company and wanted us to build 50 units a year. We got caught up in that and put restaurants in neighborhoods that didn’t do well. In 1994, PepsiCo pulled the plug and brought in its own ­executive. That was the worst period for Larry and me.

Flax: Two years later PepsiCo spun off their restaurant division and ­announced they would sell CPK.

Rosenfield: Because of our agreement, we had veto power. CPK was sold to Bruckmann Rosser Sherrill & Co. in 1997. Larry and I still owned a third of the company. We served as co-CEOs and cochairmen, staying until 2011, when the company was sold to Golden Gate Capital for $470 million.

Flax: Over the years it was our synergy that pulled us through. We never walked away mad from disagreements. We always argued like lawyers and brought the other one around.

Rosenfield: When people talk about it being lonely at the top, we never had that. We shared the decisions. We both have healthy egos, but we were never vested in being right. That’s one of the great secrets to our success.

A version of this article appears in the December 15, 2016 issue of Fortune with the headline “Saved by Barbecue Chicken Pizza.”