Trump Says Air Force One Costs Are “Out of Control.” By How Much? 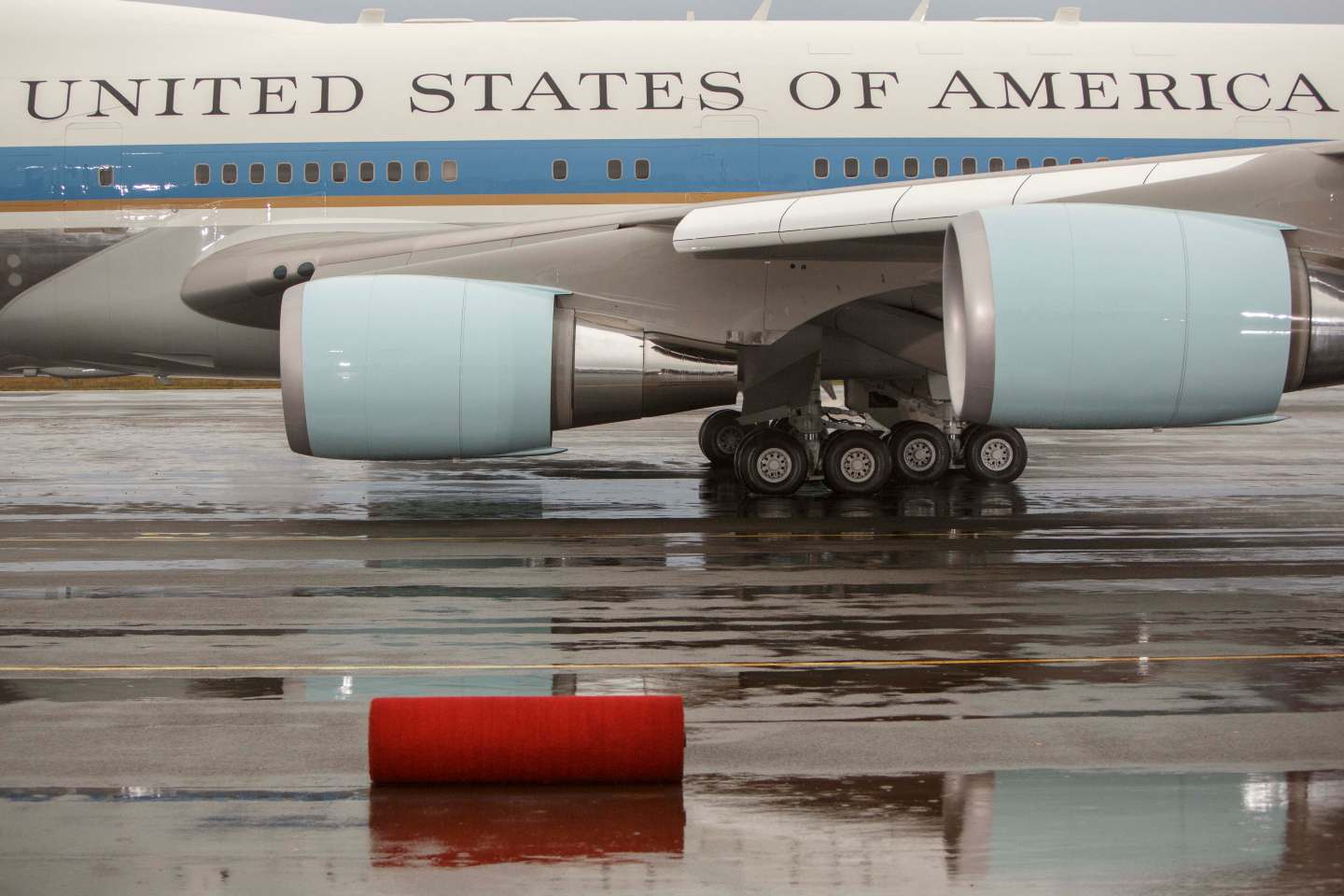 BERLIN, GERMANY - NOVEMBER 18: A red carped is rolled out for U.S. President Barack Obama boarding Air Force One as he departs following talks with European leaders on November 18, 2016 in Berlin, Germany. Obama is on his last trip to Europe as U.S. President. (Photo by Carsten Koall/Getty Images)
Carsten Koall Getty Images

After tweeting the rumored $4 billion cost of Air Force One in early December, President-elect Donald Trump condemned the plane’s sky-high price tag and threatened to cancel its contract with Boeing. Many Americans were shocked by the cost of the president’s plane as it is much more than a standard commercial airliner.

Known as the Flying White House, Air Force One has high-tech capabilities designed to keep the president safe and allow him to work from 20,000 feet in the air. Learn more about the features that make the plane so expensive and what it costs to maintain it after the estimated $4 billion price tag.

Total Cost of Air Force One

Currently, two Boeing 747-200B series jets operate as Air Force One. Delivered in 1990 during President George H.W. Bush’s reign, the planes will be upwards of 30 years old when their replacement arrives in 2024. Keeping the planes in service past the 30-year mark isn’t recommended because the technology becomes obsolete and difficult to maintain.

The Boeing 747-800 series was selected as the next generation Air Force One in 2015. A total of $170 million has been spent on research for the project so far, according to Boeing. This includes three separate contracts in 2016 worth a combined total of $170 million, as the team works to find a way to lower future design costs.

Air Force One Cost Per Hour

Flying like the president doesn’t come cheap. Operating expenses total $206,337 for every hour the president’s plane is in the air.

The average domestic round-trip airline fare in the U.S. is $361, according to the Bureau of Transportation Statistics. This means more than 571 plane tickets could be purchased for the price of operating Air Force One for an hour.

For more on Air Force One, watch:

While the Commander in Chief always gets a free ride, every Air Force One passenger doesn’t get complimentary airfare. In its August Federal Election Commission filings, the Hillary Clinton campaign revealed $36,602.99 in expenses for its use of the luxury airliner.

Cost to Operate Air Force One

The president’s plane includes a fleet of two jets, so one can fly while the other undergoes maintenance. Specific costs to maintain Air Force One haven’t been publicly revealed, but it’s safe to assume keeping the plane running doesn’t come cheap.

Obviously, the president doesn’t travel alone, but Air Force One doesn’t fly solo either. A fleet of cargo planes usually fly in front of the plane to provide the president with a suite of services not available in remote spots. This means fuel expenses, pilot salaries and other costs for cargo planes must also be factored into the Air Force One budget.

Carrier, Boeing, Ford: How to Survive a Donald Trump Ambush

Never without an entourage, Air Force One has plenty of room for everyone traveling with the president. There’s space for press, senior advisors, Secret Service officers and other guests.

Special Features on the President’s Plane

Not your average airplane, Air Force One has state-of-the-art capabilities fit for the person running the most powerful country in the world. In fact, these features comprise the majority of the Air Force One budget, as the planes themselves cost approximately $380 million each.

The current tri-level plane has 4,000 square feet of space and features everything needed to run the U.S. from the airways. The presidential suite includes a large office, conference room and bathroom—but that’s just his private quarters.

Capable of moving up to 620 miles per hour—40 miles per hour faster than the average commercial jet—Air Force One has the ability to refuel midair, so the president can travel as far as necessary without the need to touch down on dry land. The plane is equipped with cutting-edge secure communications equipment, allowing it to serve as a flying command center if the U.S. is under attack.

Featuring two kitchens that can feed up to 100 people at a time, the gourmet food served is far from the fare served on standard airliners. In case of emergency, a doctor is always onboard the plane and its medical suite can even serve as an operating room. Air Force One also has a gym, 87 phones and 19 televisions.

Specific security details for the plane are kept under lock and key, but it is a military aircraft. It can function as a bunker in a nuclear attack, has the ability to repel airborne missiles and its electronic defense system can gridlock the radar of enemies.

Unlike any other president before him, Donald Trump already has his own lavish airplane. Purchased from Microsoft co-founder Paul Allen, the Boeing 757-200 cost an estimated $100 million. The luxury airliner features a shower, signature gold-plated seatbelt buckles and a 52-inch flat screen television with more than 1,000 movies for passengers to choose from.

It’s undeniably more comfortable than a ride on the average commercial airliner, but operating Trump’s plane comes with a hefty price tag. A standard 757 costs approximately $8,000 per hour, but hitching a ride on Air Force One is free for the president.

Trump’s current plane is customized, but Air Force One is bigger and faster. His private jet seats 43 people, but Air Force One can accommodate a passenger load of 102 people — including crew. Despite the personalized touches on his personal plane, it seems unlikely the president-elect will mind the switch to this ultra-exclusive aircraft.

The New Air Force One

When the latest version of Air Force One takes flight in 2024, it promises to be even more impressive. Shifting from an outdated 747-200 model to a 747-8 version offers many benefits.

The 747-8 model emits 16 fewer tons of carbon dioxide emissions per trip and it can fly 1,000 miles farther than its current counterpart. Also the fastest commercial jet in the world, the 747-8 has a cruise speed of 656 miles per hour, can hold an additional 154,000 pounds and is the longest commercial jet on Earth with a wingspan of 250 feet 2 inches.

Still in the research phase, Boeing has not yet begun building the next generation Air Force One fleet. Only time will tell if Donald Trump will have the contract canceled or continue on with the process.

This article was syndicated from MONEY.