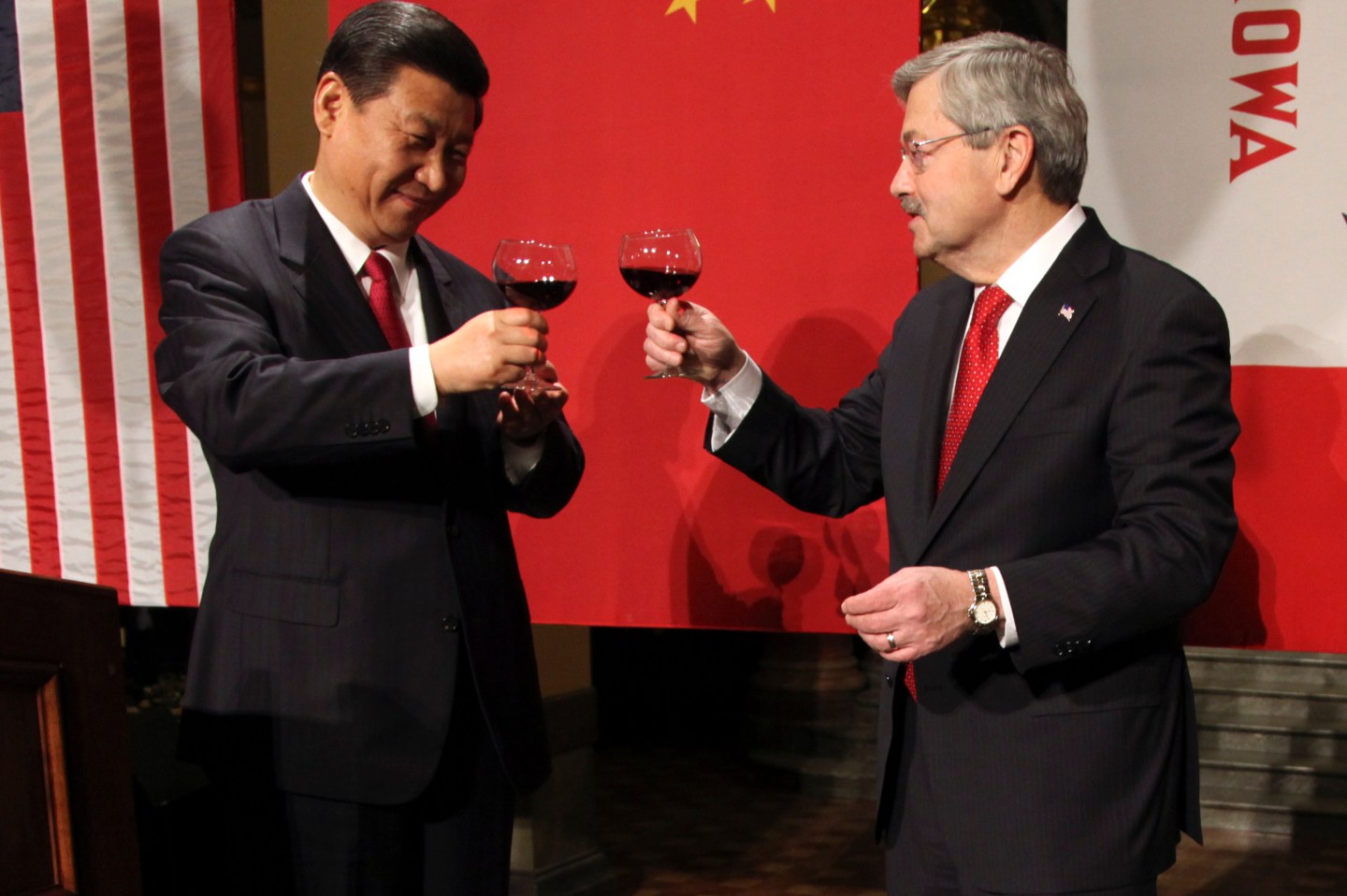 President-elect Donald Trump said on Thursday the United States needed to improve its relationship with China, which he criticized for its economic policies and failure to rein in North Korea.

“One of the most important relationships we must improve, and we have to improve, is our relationship with China,” Trump told a rally in Iowa. The United States and China are the world’s two biggest economies.

“China is not a market economy,” he said. “They haven’t played by the rules, and I know it’s time that they’re going to start.”

Trump criticized China repeatedly during his presidential campaign and drew a diplomatic protest from Beijing last week after speaking by phone with President Tsai Ing-wen of Taiwan, which China considers a wayward province.

It was the first such top-level contact with Taiwan by a U.S. president-elect or president since President Jimmy Carter adopted a “one-China” policy in 1979, recognizing only the Beijing government.

Trump kept up his criticism of Beijing during the rally, which was part of a “thank you tour” to express gratitude to states that helped him win an upset victory over Democratic presidential nominee Hillary Clinton last month.

“You have the massive theft of intellectual property, putting unfair taxes on our companies, not helping with the menace of North Korea like they should, and the at-will and massive devaluation of their currency and product dumping,” Trump said of China. “Other than that, they’ve been wonderful, right?”

China is not currently viewed as a currency manipulator by either the U.S. Treasury Department or the International Monetary Fund. The World Trade Organization says Chinese tariffs on imported goods are generally higher than U.S. tariffs.

Trump brought his pick for ambassador to China, Iowa Governor Terry Branstad, onstage, saying Branstad always encouraged him not to say anything negative about China in his state.

“I have so many friends there,” Trump said Branstad would tell him. Branstad has said he and Chinese President Xi Jinping have a 30-year friendship. The Iowa governor has visited China at least six times, and Xi has been to Iowa twice.

Trump repeated his campaign message that he planned to prioritize the United States and American workers over global interests.

The Trump administration, which takes office on Jan. 20, would focus on two rules: “Buy American and hire American,” he said, adding he would keep pressuring companies not to move jobs overseas.