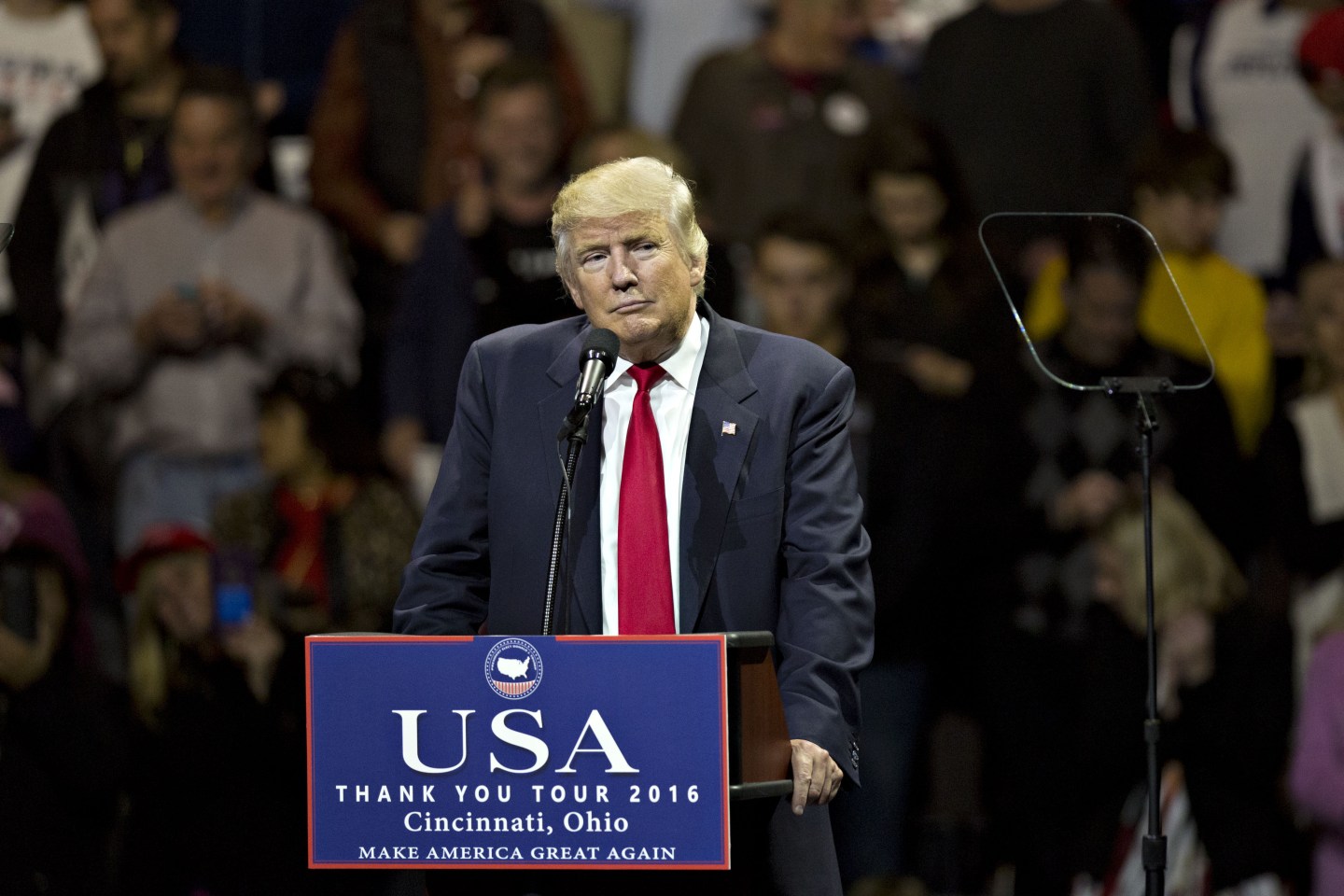 President-elect Donald Trump on Friday spoke with the president of Taiwan—a move that breaks with nearly 40 years of diplomatic tradition, amid reports that the Trump Organization is looking to expand there.

The phone call with President Tsai Ing-wen threatens to upset China, which has a long-running dispute with the self-governing island. The United States broke ties with Taiwan in 1979, and no president or president-elect is believed to have spoken with a leader of Taiwan since then.

The call was first reported by the Financial Times, and Trump’s transition confirmed in a statement that he had spoken with Ing-wen, who congratulated Trump on his election victory.

“During the discussion, they noted the close economic, political, and security ties exists between Taiwan and the United States,” the transition said. “President-elect Trump also congratulated President Tsai on becoming President of Taiwan earlier this year.”

It’s not clear whether the phone call is representative of Trump’s foreign policy intentions. Local media outlets in Taiwan have reported on the Trump Organization’s interest in development projects in the city of Taoyuan, whose mayor confirmed to the Taiwan News last month that Trump was considering developing luxury hotels in the area.

Trump is already facing scrutiny over potential conflicts of interest that his business ties could pose to his new role. He said this week that he will leave his company “in total” before entering the White House, but he has not yet provided details about how he will do so.