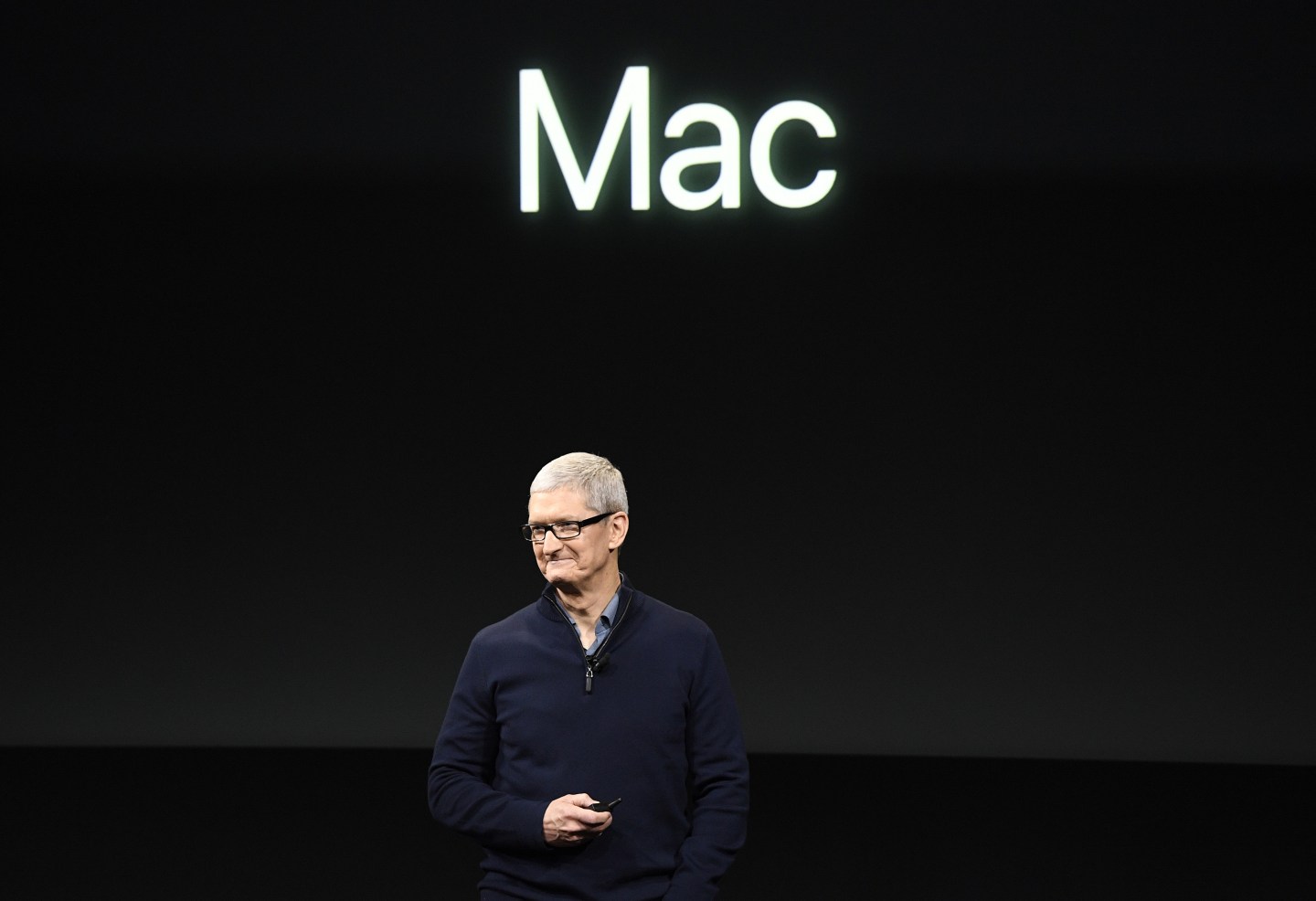 Tim Cook, chief executive officer of Apple Inc., pauses while speaking during an event at the company's headquarters in Cupertino, California, U.S., on Thursday, Oct. 27, 2016. Apple Inc. is expected to debut new Mac computers, ending a drought without an update for its oldest product category ahead of the holiday sales period. The upgrades will be the first since 2015, save for the 12-inch MacBook receiving a new rose gold finish and slightly faster processors in April. Photographer: David Paul Morris/Bloomberg via Getty Images
David Paul Morris — Bloomberg via Getty Images

In commemoration of the 10-year anniversary of Apple’s iconic “Get a Mac” ad campaign, some of the principals are discussing what it was like to work with Apple co-founder Steve Jobs as he worked to get the perfect ad to take on Microsoft.

Some of the participants in Apple’s “Get a Mac” ad campaign, including stars Justin Long and John Hodgman along with copywriter Alicia Dotter Marder, were interviewed recently by trade journal Campaign to celebrate the ad series’ 10-year anniversary. They discuss how the concept came to light and how Jobs played an integral role in getting it off the ground—and scuttling ideas he didn’t like.

Actually getting Apple’s co-founder and then-CEO to sign off on an ad, however, proved nearly impossible.

“Literally for six months we presented 10, 15 ideas [to Jobs] every single week,” Refuerzo said in an interview earlier reported on by 9to5Mac. “And I’m not just talking about TV scripts. If we believed in an idea, it was blown out to what the outdoor looked like, what the print looked like. It was a 360 for each idea. That’s the kind of excellence that Steve would expect of us.”

Finally, the team at Apple’s ad agency TBWAChiatDay hit pay dirt when Jobs liked the idea of comparing a Mac and PC by poking fun at Microsoft (MSFT) and depicting Apple (AAPL) as the “cool” company.

In 2006, Apple’s “Get a Mac” campaign kicked off. On one side was Justin Long, the “Mac” that was seemingly friends with John Hodgman, the “PC.” They would often have a dialogue discussing computers. Hodgman was made to look like the tired, staid, boring computer, while Long, representing Macs, was supposed to be the young and cool Mac.

Still, there were risks involved in getting the campaign off the ground. For instance, Scott Trattner, one of the campaign’s creative director, said the ad team had to be careful not to denigrate the PC character, and thus make those “who had bought [a Windows PC] for years feel dumb.” Hodgman’s character, he told Campaign, needed to be “very bright, empowered, charming, lovable.”

That said, the motive was clear: Apple and Steve Jobs wanted to draw a clear difference between Microsoft and the PCs running its Windows operating system and Apple’s Macs. And now ten years later, most agree that it did just that. And before long, both Long and Hodgman became pop culture successes.

As Apple continued to pelt Microsoft through its ads, the software giant tried to respond with humor of its own. In 2008, Microsoft responded with the “I’m a PC” ad campaign. The ads tried to poke fun at Macs and enlisted the help of comedian Jerry Seinfeld and Microsoft co-founder Bill Gates to do it. The ads were widely panned for failing to make a dent.

The battle between Apple and Microsoft came at a tumultuous time in their relationship. While they were never best of friends, Apple at the time was trying to position its Macs as appealing alternatives to PCs, despite Windows-based machines outselling Macs by a wide margin. Jobs and his executives believed the best way to respond was by opening a full assault on Microsoft and everything-Windows. In retrospect, the campaign is viewed as one of the reasons Macs today have become so popular.

“I think Steve loved it because he finally had a way to say all these things that were bothering him,” creative director Jason Sperling told Campaign. “Truthfully, he was like, ‘Why is it that people are using PCs? They’re…horrible computers. This makes no sense to me.'”