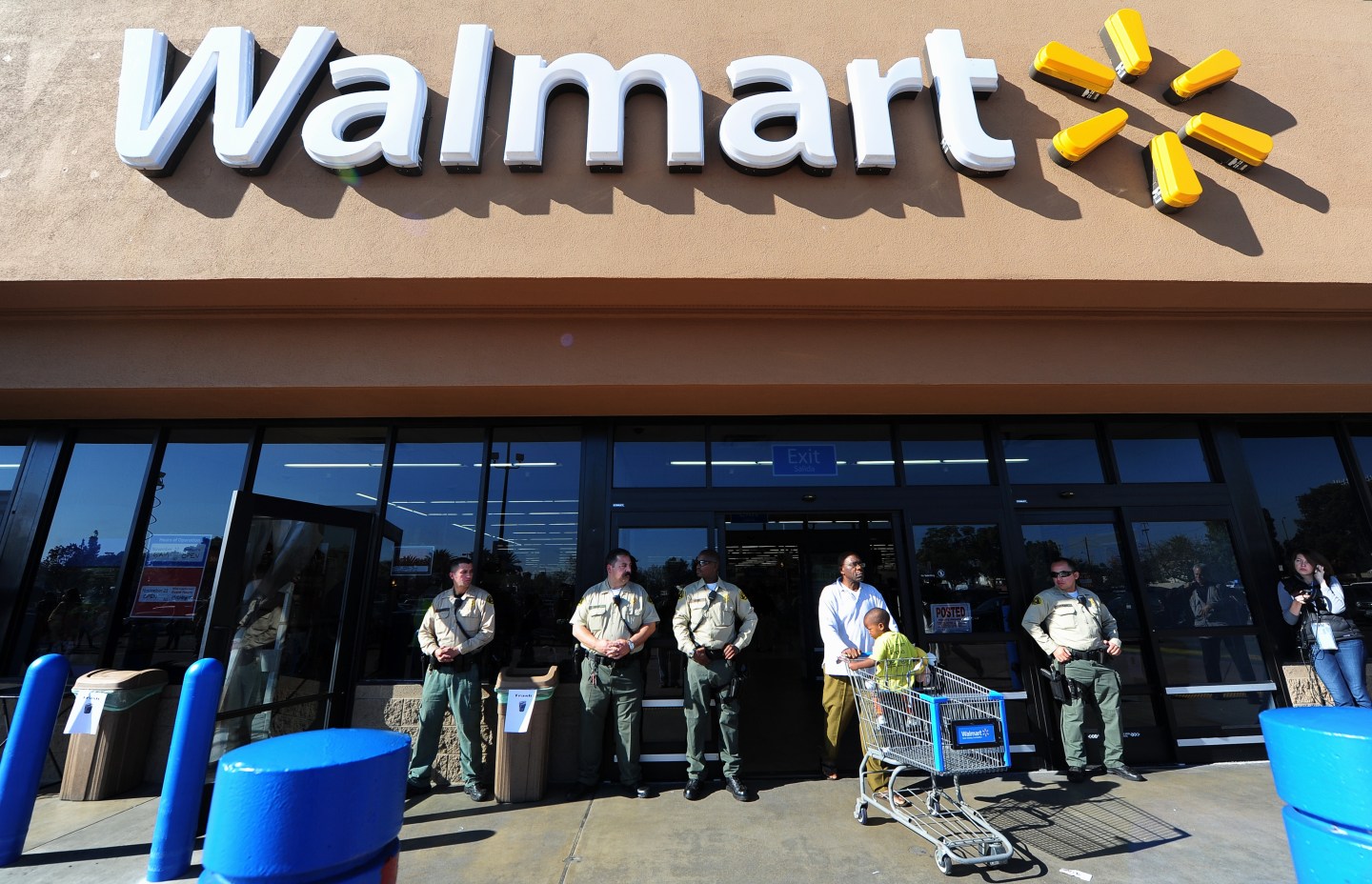 Police man the front of a Walmart store amid heightened security in Paramount, California on November 23, 2012 as Walmart employees and their supoorters protest nearby. Unhappy Walmart employees are protesting across the US, seeking to make their demands for better pay and benefits more visible to the Americans flocking to the Black Friday shopping frenzy. AFP PHOTO / Frederic J. BROWN (Photo credit should read FREDERIC J. BROWN/AFP/Getty Images)
Frederic J. Brown—AFP/Getty Images

Workers rights group Making Change at Walmart, which is supported by the United Food and Commercial Workers International Union, has launched a television campaign to pressure Walmart (WMT) into improving security across its stores.

An investigation by Bloomberg Businessweek — based on analysis of police reports relating to stores across the country — determined that on average one of the country’s Walmart store is hit with at least one violent crime per day. Petty crimes, the analysis found, likely numbered in the hundreds of thousands for 2016.

The data also showed that significantly more crimes occur at Walmart than at Target (TGT), the second-largest discount retailer in the United States.

Walmart reportedly says it is working to address security issues at its stores, which have put pressure on police departments. Bloomberg reports that in an effort to deter shop-lifters the company has positioned store-staff at self-checkout areas and installed eye-level security monitors in areas where theft is rampant, among other measures.

But according to Making Change at Wal-Mart, it’s not doing enough.

“They are pinching and squeezing the taxpayers for something the company should be paying for. It isn’t like this is a company operating in the red,” he added.

However, some of Wal-Mart’s measures to relieve the burden on local police departments have paid off.

A program that allows first-time offenders caught stealing lower-value goods to attend a theft-prevention program instead of being arrested has this year resulted in average 35% drop in calls to police departments nationwide, according to the company.