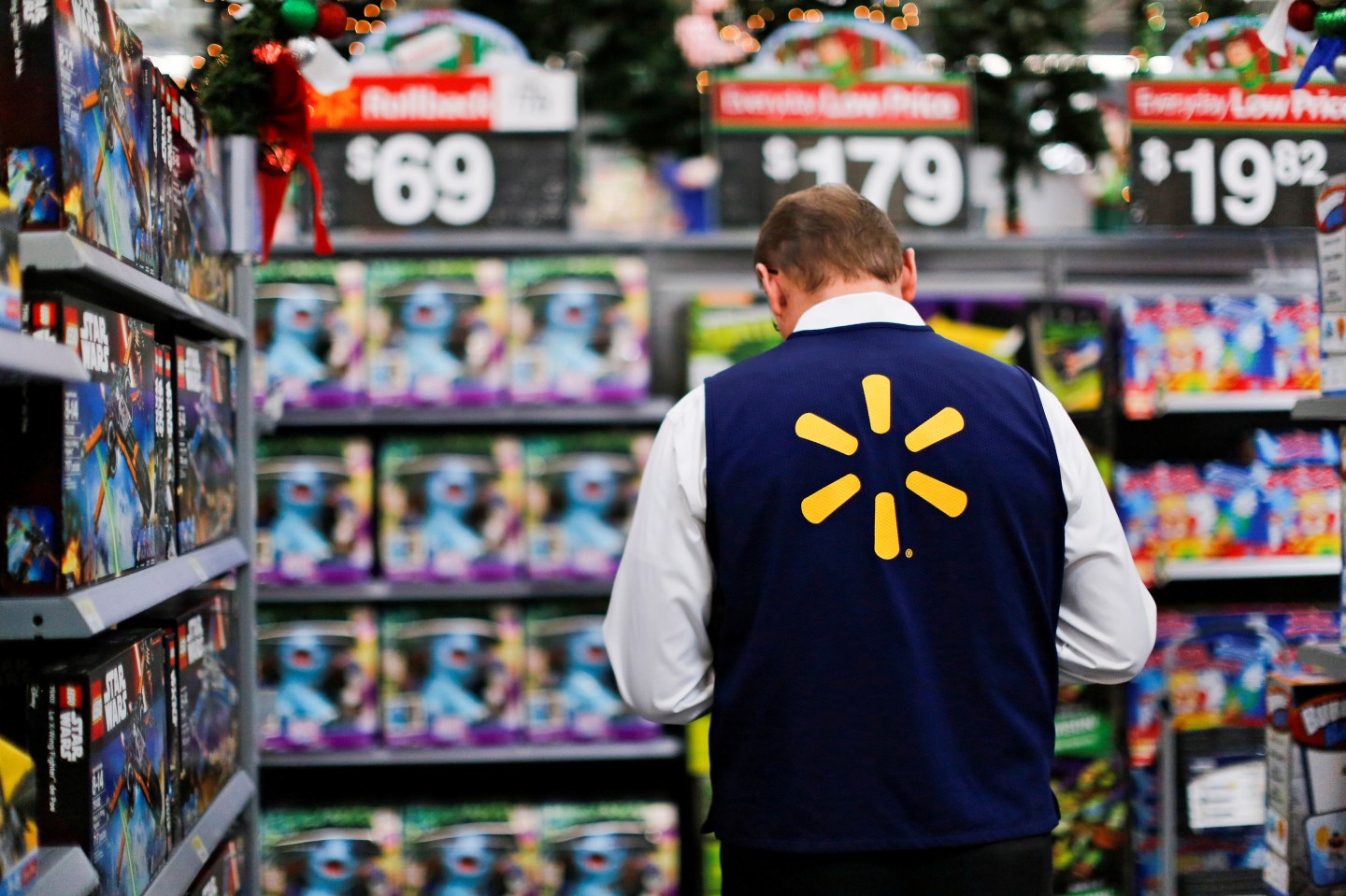 Walmart (WMT) got its highest grade yet from an LBGT rights advocacy group thanks to moves like adding insurance coverage for transgender workers this year.

The discount retailer, the largest company in the Fortune 500, got a perfect 100 score from Human Rights Campaign’s Corporate Equality Index, the group’s annual ranking released on Monday of companies’ workplace protections for lesbian, gay, bisexual and transgender employees. Other retailers to get 100 from HRC include Target (TGT), Best Buy (BBY), J.C. Penney (JCP), Macy’s (M) and Gap Inc(GPS).

The retailer has long been reticent on social issues, but that has changed somewhat since Doug McMillon became CEO nearly three years ago. In spring 2015, he lobbied Arkansas’ governor to strike down the so-called “freedom of religion” law seen by many as facilitating discrimination against gays. Being seen as progressive will be key to helping Walmart reach the more middle-class customers it seeks, especially as it battles an image for paying workers too little, as well as attracting talent for its growing e-commerce operations.

“At Walmart, ‘Respect for the Individual’ is one of the core beliefs that are the foundation of our company. We are committed to fostering an inclusive work environment for our more than 2 million associates around the globe,” Wal-Mart Stores spokesman Kevin Gardner told Fortune in an e-mail statement.

Among other initiatives, Walmart has a resource group for employees called PRIDE (Promoting Respect, Inclusion, Diversity, and Equity) that aims to serve as an interlocutor for LGBT employees with customers, the company and also to serve as a community for workers.

HRC’s corporate equality index scores companies on a scale from 0 to 100 in five categories, including insurance benefits and diversity training.

Still, supporting LGBT rights can be a tricky dance for large companies, particularly retailers. Target has faced protests and boycotts since announcing in the spring that shoppers and workers could use the bathroom that fits with their gender identity. Though Target downplayed any impact on sales, the retailer has reported two consecutive quarterly comparable sales drops, and did end up spending $20 million to add lockable restrooms in all of its stores.

As for Walmart, though it hasn’t been vocal when taking a social stand, lest it offend a good part of clientele in this polarized political climate, it has touted greater use of renewable energy to fight climate change, and also removed merchandise that had the confederate flag on it. Walmart’s U.S. business is also spending $2.7 billion to give workers more training and a raise.

Still, things don’t always go smoothly: last week it agreed to pay $7.5 million to settle a lawsuit accusing it of discriminating against gay workers by failing to offer health insurance benefits to their spouses.