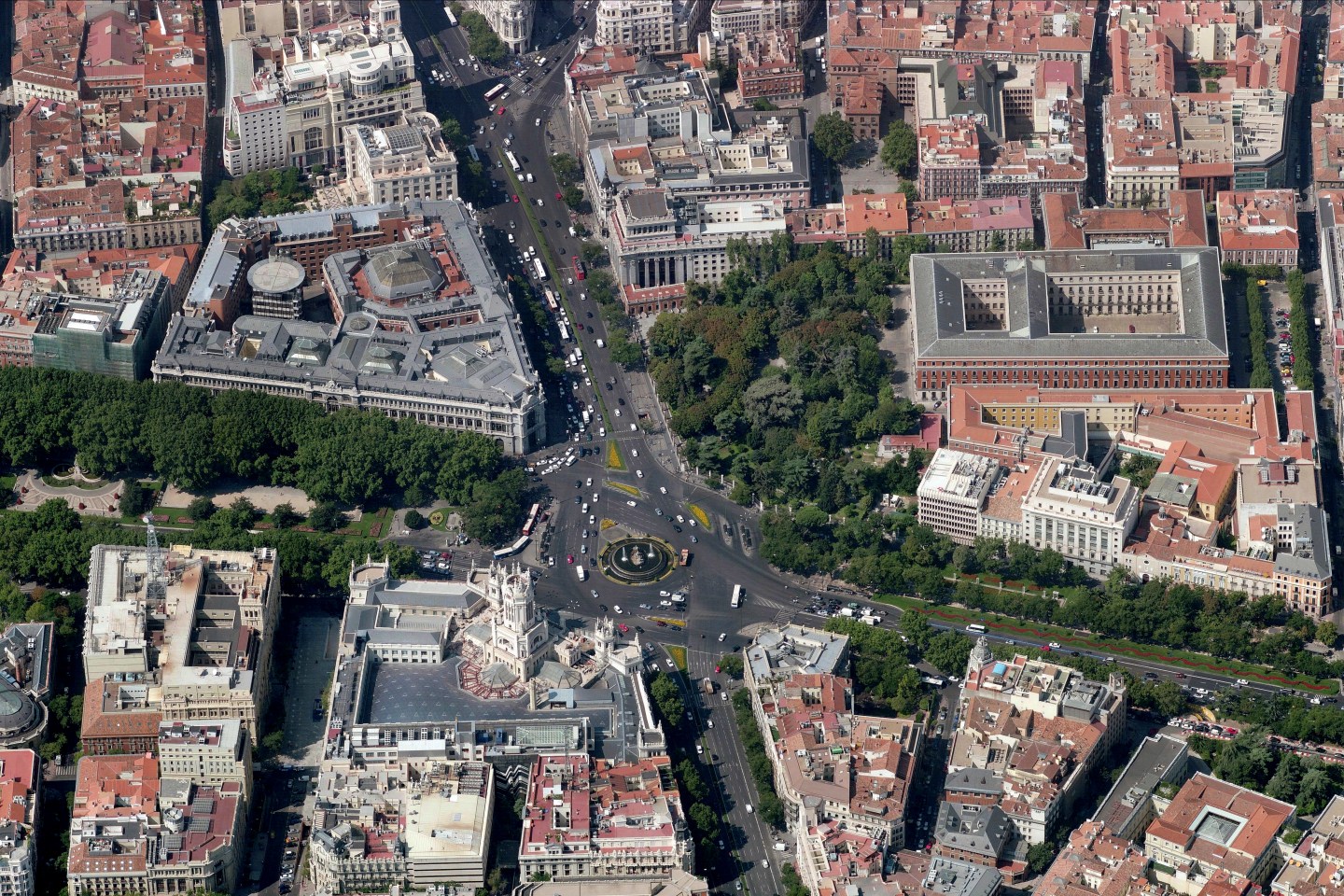 More pedestrians in Madrid will take to the streets this week, now that a nine-day ban is in effect for most cars.

Madrid’s city center is closed almost entirely to vehicles belonging to non-residents, according to CityLab. The ban, which began Friday and ends Sunday at 10 p.m., will make room for an influx of holiday shoppers, as well as increased traffic for two national holidays this week: Tuesday’s Constitution Day and Thursday’s Immaculate Conception Day. Essentially, some of the city’s busiest streets will be de facto pedestrian zones, notes CityLab.

Although buses, cabs, and residents’ cars are still allowed, they must adhere to a lowered speed limit of 30 kmh (18 mph) when driving through the restricted zones in central Madrid. However, since winter is when Madrid’s air pollution is at its worst, the ban is also a way to improve the city’s air quality. The temporary restrictions will help dilute some of the unclean air, at least for the time being.

The city’s car-free week may also be a hint at what’s to come: Madrid is aiming to reduce the number of car lanes along the Grand Via—the city’s main drag— by 2017, and will replace the lanes with sidewalks, according to CityLab.

To further reduce smog, Madrid, along with Paris and Athens, have pledged to ban diesel vehicles, which the EU believes is why it’s trailing behind on pollution goals.