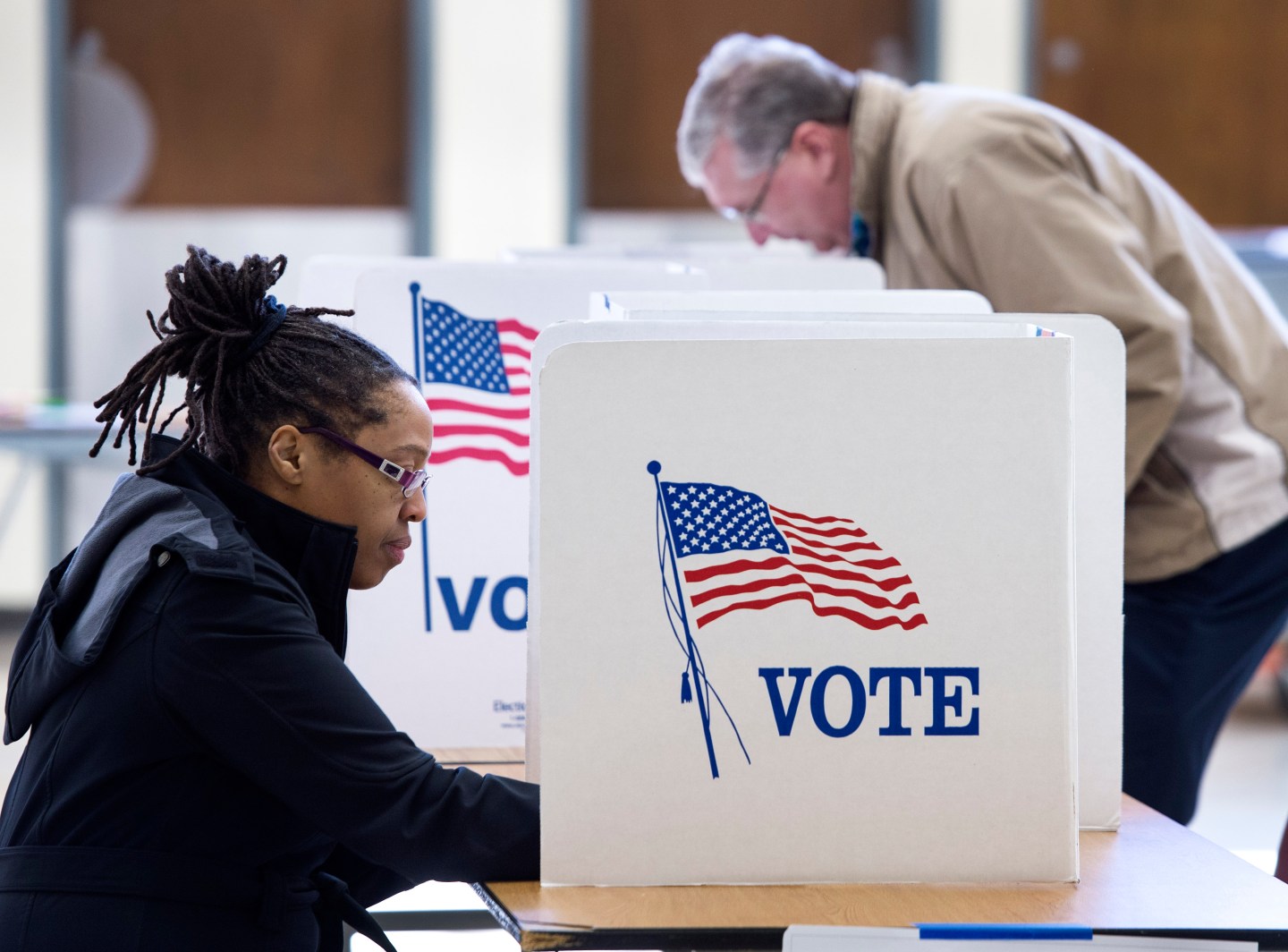 The Supreme Court is returning to the familiar intersection of race and politics, in a pair of cases examining redistricting in North Carolina and Virginia.

The eight-justice court is hearing arguments Monday in two cases that deal with the same basic issue of whether race played too large a role in the drawing of electoral districts, to the detriment of African-Americans.

The claim made by black voters in both states is that Republicans packed districts with more reliably Democratic black voters than necessary to elect their preferred candidates, making neighboring districts whiter and more Republican.

A lower court agreed with the challengers in North Carolina that two majority-black congressional districts were unconstitutional because their maps relied too heavily on race. The state appealed to the Supreme Court, arguing in part that it made districting decisions based on partisan politics, not race.

The justices have been more forgiving of maps based on partisan advantage, though they soon may confront the issue of whether overly partisan districts can themselves violate the Constitution, in a case from Wisconsin.

Learning Diversity from the U.S. Government

In Virginia, a court upheld 12 state legislative districts and rejected a constitutional challenge, even though lawmakers made sure that at least 55 percent of the eligible voting-age population in each district was African-American. Redistricting follows the once-a-decade census, when population shifts require the adjustment of political districts to keep them close to equal in numbers.

The Virginia residents challenging their state districting plan said the lower court ignored a 2015 Supreme Court decision about Alabama in which Justice Anthony Kennedy joined the four more liberal justices to order a review of state legislative districts. Justice Stephen Breyer wrote for the court that the Alabama Legislature and the federal court that ruled on the plan had taken a “mechanically numerical” view, instead of trying to figure out what percentage of black voters were needed to elect a candidate of their choice.

The cases involve the use of a landmark voting rights law that led to the election of African-Americans across the South and Supreme Court decisions that limited the use of race to draw electoral maps. The 1965 Voting Rights Act requires states to create and preserve districts in which minority voting groups can elect their candidate of choice.

In 2013, Kennedy sided with more conservative justices to effectively block a key component of the law, although its provisions prohibiting states from diluting minority voting rights remain in effect.

For more on voters, watch:

Both North Carolina and Virginia said they were trying to preserve majority-black districts in their maps. “There is a line between too little consideration of race and too much,” said John J. Park Jr., a lawyer in Gainesville, Georgia, who wrote legal briefs in support of the states. “Courts need to be cautious of getting involved because they’re not good at it.”

But J. Gerald Hebert, director of the Voting Rights and Redistricting Program at the public-interest Campaign Legal Center in Washington, said the states drew districts with more black voters than necessary to “dilute their voting strength in order to achieve a partisan gain.” Hebert signed on to briefs supporting the black voters in both states.

In North Carolina, the federal court also struck down some state House and Senate districts, and those judges recently ordered new districts drawn and special elections held next year.

North Carolina Republicans have used the current districts to achieve veto-proof majorities in both chambers. In addition, they hold 10 of the state’s 13 congressional seats. By contrast, statewide contests suggest a narrower gap between the parties. Two Republicans won statewide elections last month—President-elect Donald Trump with just under 50% of the vote and Sen. Richard Burr with 51%. Republican Gov. Pat McCrory trails in his undecided re-election bid.

Both Hebert and Park said they would be surprised if the court were to rule differently in the two cases since they are so similar. If the justices are evenly split, they could let the cases sit until a ninth justice joins them, possibly in the spring, and hold a second round of arguments.