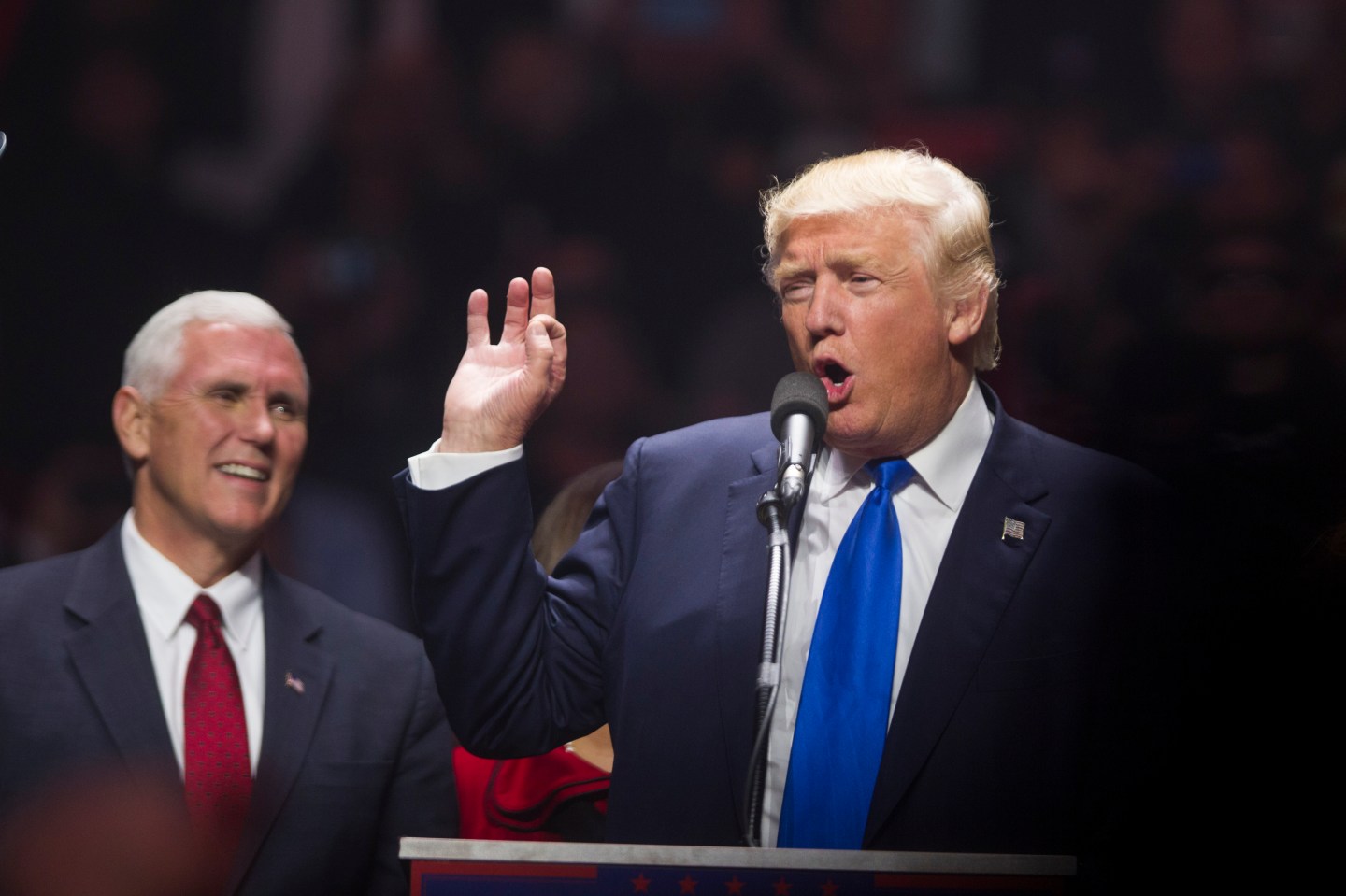 Donald Trump just got his first presidential P.R. coup, and he hasn’t even taken office yet. The question is what did he have to offer. More importantly: Was it worth it?

The President-elect announced via Twitter that he and Vice-president elect, and current Indiana Governor, Mike Pence, had reached a deal with air-condition and heating systems manufacturer Carrier to keep roughly 1,000 high-paying manufacturing jobs plus office workers and executive jobs in the state. “Big day on Thursday for Indiana and the great workers of that wonderful state,” Trump wrote on Twitter. “We will keep our companies and jobs in the U.S. Thanks Carrier.”

Carrier, which is a subsidiary of Farmington, Connecticut-based United Technologies, also confirmed the deal Wednesday on Twitter.

We are pleased to have reached a deal with President-elect Trump & VP-elect Pence to keep close to 1,000 jobs in Indy. More details soon.

What neither Trump nor the company has announced officially, however, is just what the Indiana government has offered as an inducement to stay. But you can assume, even with the pressure from the President-Elect, that Indiana paid up. Earlier on Wednesday, a source close to the company told Fortune that United Technologies would get $700,000 in state tax breaks for a number of years.

This is congruent from what we know about the sort of tax breaks Indiana and Indianapolis has already offered the firm. Back in 2011, the city gave the company a six-year property tax abatement, which allowed them to forgo paying $1.2 million in taxes, according to the Indianapolis Star. The company has also taken advantage of funds the state allocates for job retraining, and had reached a deal with Indiana to return several hundred thousand dollars for contributions it made to the company’s retraining programs as a part of the state’s Skills Enhancement Fund.

So do these deals make sense for the American economy? Economists have increasingly frowned upon the competitive offering of tax incentives by state and local to large companies in order to keep or attract facilities that create jobs. That’s because the majority of jobs are created by young companies and not the ones that local governments pay so much to keep. What’s more, most of the time companies are often just looking to move hundreds of miles, not thousands. And moving jobs to a neighboring state can be tough on local budgets and local politicians, but means little to the U.S. economy as a whole.

The result: These inducements often are just acts of lavishing tax breaks on companies that don’t need them, and don’t have the most potential for creating new jobs.

But in the case of offering tax breaks in order to keep a company’s operations within the borders of America, these policies may make more sense. After all, Indiana will still benefit from the economic activity the Carrier facility produces, and it’s not as its move would benefit another part of the country.

At the same time, though, this sort of victory is extremely small potatoes in a $17 trillion economy that employs more than 140 million people. As Paul Krugman put it on Twitter this morning:

If Trump did a Carrier-style deal every week for the next 4 years, he could bring back 4% of the manufacturing jobs lost since 2000.

Another metric: Trump would have to do one Carrier-sized deal a week for 30 years to save as many jobs as Obama's auto bailout

Furthermore, there is reason to believe that this deal isn’t just about the tax breaks. The New York Times points out that United Technologies may very well be more concerned with angering the President than it is with saving the small amount of money relative to its overall revenue that the Mexico-relocation would provide. “While Carrier will forfeit some $65 million a year in savings the move was supposed to generate, that’s a small price to pay to avoid the public relations damage from moving the jobs as well as a possible threat to United Technologies’ far-larger military contracting business,” according to the Times.

The Pentagon is United Technologies biggest customer, and about 10% of the firm’s overall revenue comes from the federal government. If this is in fact the motivation for the Indianapolis deal—Fortune reached out to United Technologies on this point and has yet to hear back—it will strike some as the sort of crony capitalism that the Republican Party has been railing against since President Obama took office. In fact, this is just what Michigan Republican Representative Justin Amash implied on Twitter Wednesday:

Not the president(-elect)'s job. We live in a constitutional republic, not an autocracy. Business-specific meddling shouldn't be normalized. https://t.co/usHTsZaw46

When a state does this, I call it corporate welfare and cronyism. It benefits politically connected companies at expense of most residents. https://t.co/yfU389ydYk

But this characterization will likely matter little to the 800 Indiana factory workers whose jobs were saved by President-elect Trump this week.

Editor’s Note: An earlier version of this story incorrectly listen Congressman Amash as from Minnesota. He is from Michigan.