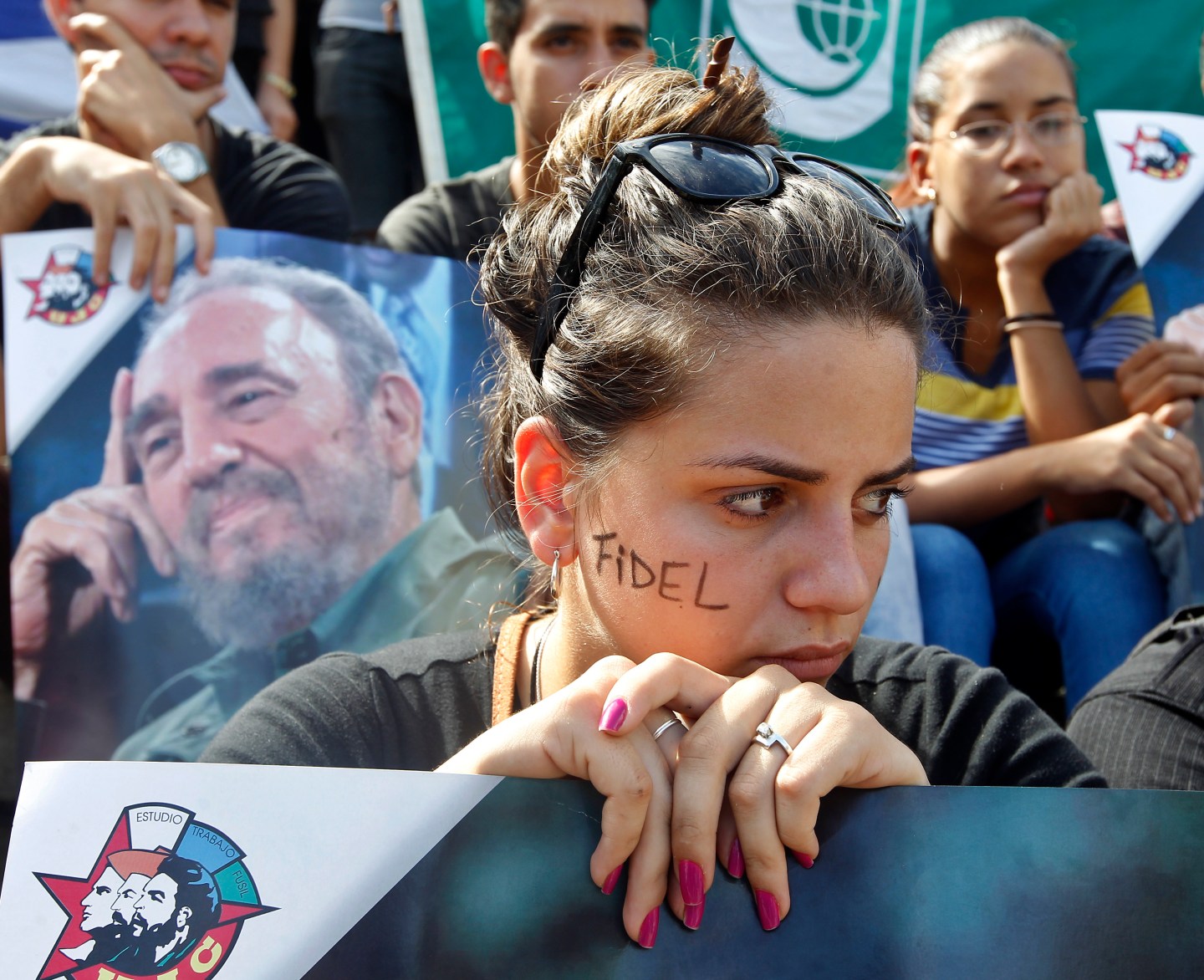 While mourning Fidel Castro’s death in the breezy salon of her elegant private restaurant in Havana, Niuris Higueras also hopes the reforms that allowed her business to flourish will deepen, and survive any friction with U.S. President-elect Donald Trump.

Cuba’s Communist government eased restrictions on small businesses six years ago and restaurants—called paladares, or “palates”—have since boomed, helped by a surge of tourist dollars since a detente agreed in late 2014 with the United States.

The economic reforms were ordered by President Raul Castro, who took over as Cuba’s leader when his older brother Fidel Castro fell seriously ill in 2006.

Fidel Castro, a Cold War communist icon who died on Friday at the age of 90, was more wary than his brother of opening up the economy and more mistrustful of the United States.

Most Cubans believe his reticence has encouraged hard-liners in the Communist Party leadership and the government bureaucracy to slow the pace of reforms in recent years.

And entrepreneurs like Higueras hope the reform drive that has advanced at a painfully slow pace and with fits and starts will now accelerate more smoothly now that Fidel Castro has passed on.

“For me, it has meant growth, stability, an opening,” Higueras said of the market-style reforms as some of her 17 staff set chairs and tables as the first of the evening’s well-heeled foreign guests arrived for dinner.

“Being an entrepreneur is lovely. It charges you with adrenaline,” she said, recounting how as a 9-year-old she would help aunts make croquettes and desserts while her friends played hide-and-seek outside.

The signature dish at her restaurant Atelier is a sweet duck confit with dried fruits for $13 – in a land where the average monthly salary is $25.

As Cubans look at a future without the man who has defined their country’s path since taking power in a 1959 revolution, many are worried by Trump’s threats to scrap a rapprochement forged by outgoing President Barack Obama.

If he follows through on those threats, Trump could derail trade and travel ties that have created a surge in U.S. visitors and included the first scheduled U.S. airline flight to Havana in half a century on Monday.

Collin Laverty, who runs the Cuban Educational Travel Agency and also sponsors visits by Cuban entrepreneurs to the United States, said some plan to plead their case with Trump.

“A group of 50 or so of Cuba’s top private restaurants, tech companies, car services, B&Bs and others are working on a letter to Trump asking him to continue opening space for better commercial relations,” Laverty said.

Like many fellow Cubans, the 42-year-old Higueras said she feels a deep sense of loss as the nation bids farewell to Castro with a week-long commemoration and a cortege to his final resting place in eastern Cuba, the birthplace of his revolution.

“It’s like a void you can’t explain,” she said.

But she is also cautiously optimistic about the future. “I think … the economy will continue to advance, the reforms have to happen.”

The only Cuba-focused stock fund in the United States rallied 9.4% on Monday, a sign that investors expect Fidel Castro’s death to allow for economic reforms.

Cuba watchers differ on how quickly Raul Castro might speed up the pace of change, and there are risks of retrenchment if Trump takes a tough approach. But those favoring more U.S. engagement hope Fidel Castro’s passing will remove obstacles.

“He was the titular leader of the old guard suspicious of market mechanisms and a private sector seen by conservatives … as corrupt, anti-patriotic and too open to foreign influences,” said Richard Feinberg, a former national security adviser to U.S. President Bill Clinton and author of a book on the Cuban economy.

Progress so far has been slow. Cuba has resisted opening wholesale markets for small businesses, for example, making it hard to source ingredients legitimately.

Higueras was one of many paladar owners called to meetings in September where they were warned not to break regulations such as a ban on seating more than 50 clients at a time and a requirement that they buy supplies at state retail outlets with huge mark-ups.

The government has also back-tracked on some reforms after they had led to more visible inequality and grumbling among the poor who are reliant on state wages and pensions.

At a recent Communist Party Congress, where Fidel Castro made one of his last public appearances, the 2010 reform plan was amended from prohibiting the accumulation of “property” to “property and wealth.”

A year ago, the government scuttled market access for agriculture, once a centerpiece of Raul Castro’s reform plans, and more recently it slapped price controls on private transportation catering to Cubans.

Yet, Trump remains the biggest question mark for many Cubans. He said on Monday he would end Obama’s “deal” with Cuba if the communist government does not offer improvements for Cubans, Cuban-Americans and the United States.

He has also offended many Cubans with blunt tweets about Castro’s demise.

Theodore Piccone, another former Clinton foreign policy advisor, said the hard-line wing of the Communist Party would probably solidify if the U.S. government responds to Castro’s death by trying to “tighten the screws” of the U.S. economic embargo against Cuba.

Erick Carballo, 27, opened a Havana beauty salon last year called Kerabana. He had been working for a state accountancy but got frustrated with pay equivalent to around $20 a month.

He sees a possible inflection point in relations with the United States after Fidel Castro, and hopes Trump will focus on doing business.

“Honestly, for my business, I need the United States to do a little more trade with Cuba,” he said, adding that he is keen to purchase foreign-made hair products at reasonable prices.

He said Raul Castro was right to open the economy only gradually, fearing haste would cause chaos. “It is important that this opening is controlled.”

If Trump makes good on his threats, it will only push Cuban entrepreneurs into deals with U.S. competitors, Higueras said.

“It would be a big blow for many,” she said as the evenings sitting got underway. “But there are other sources of tourism: Canadian, German French, lots of other countries. We wont starve.”