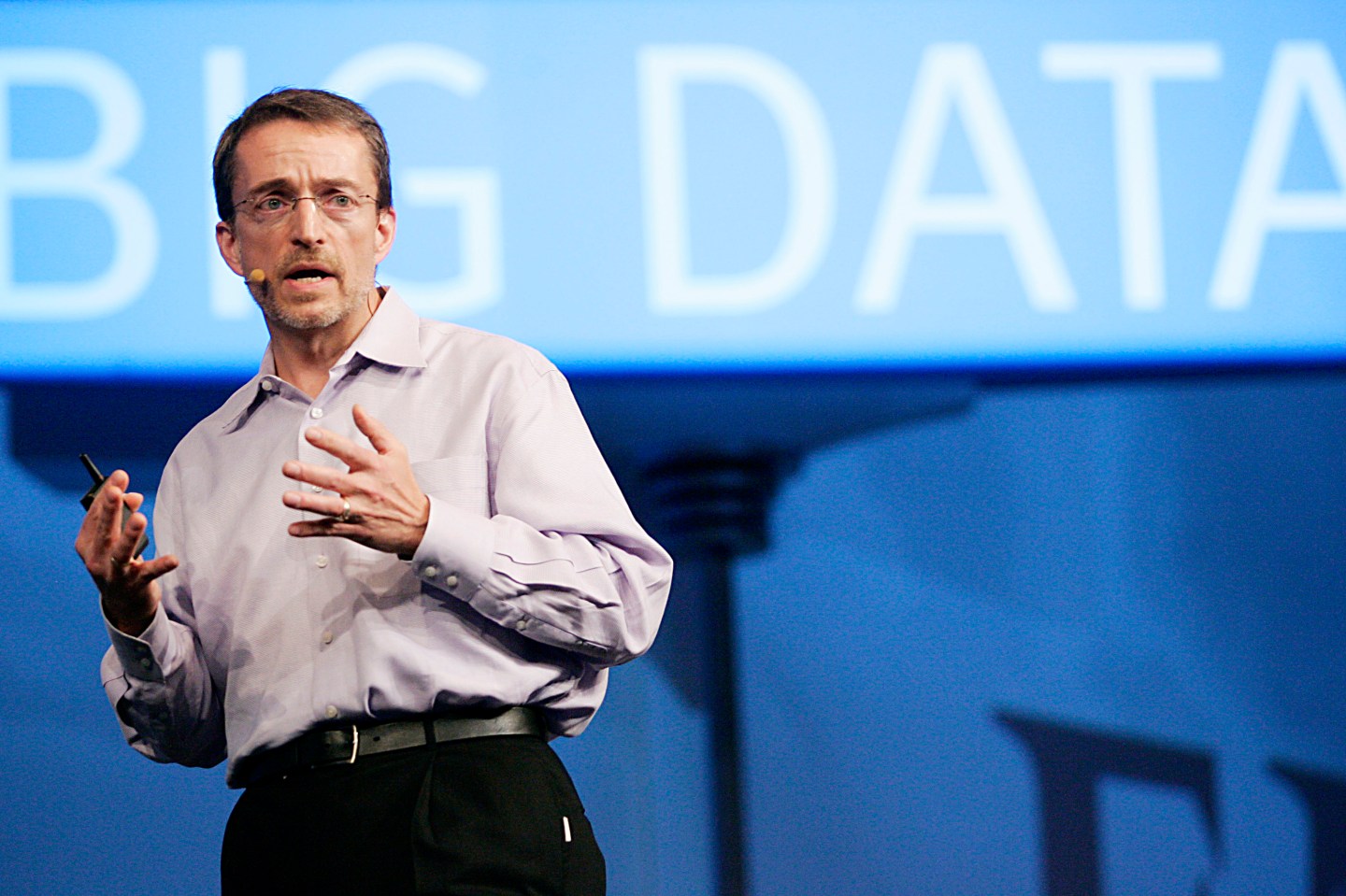 Amazon Web Services used to be the public cloud of choice for scrappy cash-strapped startups. Small companies liked that they could buy (or rent) computer servers, networking, and storage as needed, typically with a credit card.

That shows that not only does Amazon (AMZN) want to sell its data center servers and storage to big customers, but to the software providers that also sell to those customers. It wants to supply the suppliers as well as the suppliers’ customers. Towards that end, Amazon is well into year six of a push for big business customers. There have been signs of traction already: General Electric, an AWS customer, has been a presence at this conference for a few years now, and companies don’t get much bigger than that.

Just a few weeks ago, AWS and VMware, once bitter rivals, agreed to work together to make VMware vSphere available on AWS so that joint customers could take the same software packages that now run on their own servers over to the Amazon cloud. Last spring, Salesforce (CRM), which sells customer management and sales software to big companies, committed to spending $400 million over four years to host new software on AWS rather than in its own data centers.

That traction results from a concerted effort Amazon management over the past four or five years to convince businesses in the financial services, healthcare, and government that running on shared public cloud infrastructure meets their security and other requirements.

And now the battle is on as AWS, Microsoft, IBM, Google fight to win big business accounts (and the software vendors selling into those accounts) for their respective clouds.

As an interesting aside, many of these deals smack of mutual back scratching. Does Salesforce’s commitment to spending $400 million on AWS infrastructure over the next four years have anything to do with Amazon signing a deal to give its employees access to all of Salesforce’s products?

As the cloud vendors scrap over customers, expect more such deals between major software suppliers. AWS, Microsoft Azure, Google (GOOGL) Cloud Platform, and IBM (IBM) SoftLayer all would love to be a one-stop shop for the software applications and infrastructure for big companies.