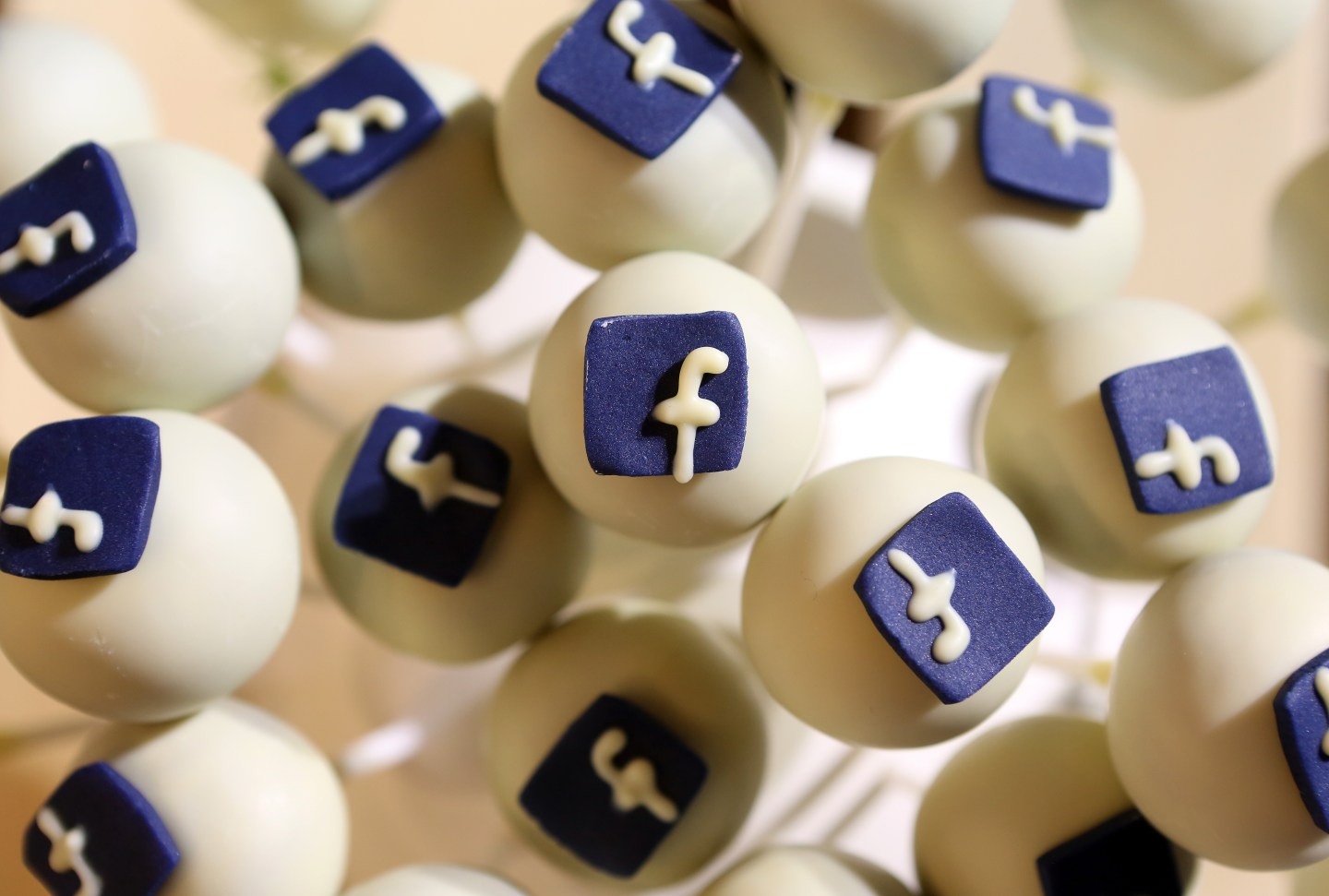 BERLIN, GERMANY - SEPTEMBER 12: The Facebook logo is seen on cakes at the #CDUdigital conference on September 12, 2015 in Berlin, Germany. The world's largest social media network was launched by Mark Zuckerberg and his Harvard College roommates in 2004, and had its initial public offering in February 2012. (Photo by Adam Berry/Getty Images)
Adam Berry Getty Images

Antonia Opiah knows just how powerful a tool social media can be for a small business.

Opiah is the founder of Un’Ruly, a lifestyle website dedicated to black hair. Several years ago, she found herself in the spotlight after her controversial original documentary called “You Can Touch My Hair” went viral. With more than 700,000 views on YouTube, the film documented a public art exhibition held outdoors in New York City where three black women held signs encouraging random bypassers to touch their hair.

The idea was to start a conversation about the myths surrounding African-American hair. There was a conversation, alright. Not only did Opiah hear from the community face-to-face, but people sounded off on social media. And they weren’t as excited about the conversation Opiah was hoping to have.

“The documentary was really polarizing,” Opiah says. “To black people, it seemed as though we were exploiting black women. I understood that point of view, but I knew what was at the heart of what we were doing.”

Opiah made the documentary in June of 2013 — shortly after she launched her website. Since then, the sole proprietor has effectively grown her customer base organically by interacting with her audience on every major social media platform. In just three years, Un’Ruly has attracted more than 10,000 followers on Twitter, 7,000 on Facebook, and 6,000 on Instagram.

She shared her tips on how small business owners can grow their brand through social media.

If you have a small business, you likely have a dedicated Facebook Page where you share updates and promotions with your followers. However, the conversation tends to be one-sided and the community engagement is dependent on Facebook’s changing algorithm, says Opiah. Opiah recommends joining a Facebook Group for better engagement with a community that cares about a niche topic relevant to your business. For her, it was hair care. “I’ve found that participating in those groups increases your chances of your content getting seen by the right people,” she says.

2. Don’t get too ambitious with your posting schedule.

When Opiah first started her business, she focused most of her attention on Facebook because it was the platform that drove the most traffic and revenue to her website. Today, her business has a solid presence on Twitter, Instagram, Pinterest, YouTube, Google Plus, and Tumblr. This is where the majority of entrepreneurs stumble, she says. “Don’t bite off more than you can chew,” she says. “There’s always pressure to always be posting, but pick one or two social media networks that will serve your business well and focus on those. Don’t start out by setting a schedule that’s too ambitious.”

Ideally, you should be a creator, and not just a curator. For small businesses that want to differentiate themselves from all the noise on social media, the key is to create original content that is in line with the brand’s mission. “There are lot of brands that are simply just re-posting other pictures they find on the web, but what ends up happening is that profiles start to look the same,” she says. Opiah recently launched an on-demand hair-styling service, and she only promotes it on Un’Ruly’s Instagram profile through original photos and videos. It’s important for the customers to have a visual of what service they are paying for, she says. She’s been able to turn 25% of Un’Ruly’s Instagram followers into customers. “Instagram is a glorified portfolio of our work,” she says.

4. Don’t forget that social media is meant to be social

Posting on social media and interacting with followers should never become mundane and formulaic, Opiah says. She carves out 10 to 15 minutes out of her day to post content that she feels will be interesting to her audience. “On days that I just genuinely don’t have anything meaningful to share, I don’t post,” she says. “And I haven’t seen a downside to that.” Through her documentary experience, Opiah learned that people are vocal and they want to interact with the brand — whether it’s to compliment or to complain. Either way, Opiah says entrepreneurs need to take the time to engage with the users who took time to engage with their business. “Resolve their issue or just give them more of a reason to love your brand,” she says.

5. Stop apologizing so much.

When asked about the most common mistake she sees small business owners making on social media, Opiah says it’s apologizing when they don’t need to. “I think part of it is a result of living in this era of outrage,” Opiah says. “It’s futile to try and please everyone. Use your apologies carefully and wisely.”