4 Tips for Mastering the Art of Persuasion 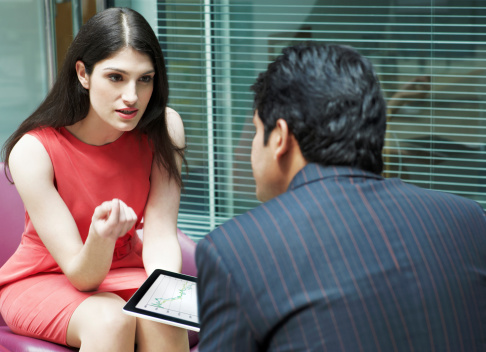 Business is often about shaping other people’s beliefs. Convincing an investor your idea is worthy, a corporate partner to give a fair price, or a customer to adopt your service requires insight into the art and science of persuasion. That’s well known. What’s often overlooked, however, is that persuasion requires more than the ability to mold an opinion. To get someone to act on the beliefs you’ve inspired, you need to also create a sense of conviction, or belief certainty.

Belief certainty refers to how confident we are in our opinion about something. Across dozens of studies, we’ve found that people can hold the same belief, such as a positive attitude toward a new product, but differ in how confident they feel about said viewpoint. For example, two consumers might both like a new restaurant, but one is convinced that the food is truly excellent, whereas the other is less sure. This difference matters—a lot! People who are certain about a belief are more likely to act in accordance it, whether that’s voting for a position they support, or purchasing a product they like. Put simply, it’s one thing to persuade, but another thing altogether to make an idea take root and create a lasting opinion that drives behavior.

What are some simple ways to build certainty in an audience? Here are four key findings from our research:

1. Note the negative. We often think persuasion is about focusing on the positives, while downplaying the negatives at all costs. But research shows that instead of ignoring the negatives entirely, it’s often more effective to address one or two (while still emphasizing the positives, of course). Addressing an idea’s weaker points shows you’ve done your homework, which gives your words more authority. So the next time you make a business pitch, try addressing its limitations and then explain how they can be overcome.

2. Reinforce with repetition. Research indicates the more frequently we repeat a belief, the more confident we becomes in that position. In addition to adding a perceived sense of clarity, each repetition provides another opportunity to incite action. So the next time a manager, coworker, or consumer says something favorable about your idea, encourage them to elaborate. A question as simple as ‘Why do you think that?’ helps encourage the belief that your idea is truly great.

3. Make it easy. The easier it is for us to articulate why we feel the way we do, the more likely we are to be convinced that our belief is correct. As a result, you can build certainty by making it easy for an audience to come up with their own reasons to support your position. For example, in a sales pitch, instead of asking people to come up with a long list of potential uses for your product, try lowering the bar. Coming up with one application is easier than coming up with a handful of them, which can bolster an audience’s conviction that they’ll actually use the product.

4. Encourage consensus. When someone says they like your product, it’s easy to assume you’ve successfully persuaded them, and so your job is done. But we know people are social animals. Use this as a tool. When people find out that others share their view, it sends a signal that the view is “correct.” The implication? When people like your product, reinforce that opinion by assuring them others have reached the same conclusion, perhaps by linking to the number of consumers who have “liked” your Facebook page or directing them towards positive comments on Twitter. In today’s age of social media, tools for building consensus are more prevalent than ever before.

Belief certainty is a crucial lever in the persuasion process. To become a more effective persuader, challenge yourself to move beyond the simple act of shaping opinions and strive to inspire conviction. Doing so can reveal opportunities to make your audience more certain and, thus, to promote action and advocacy.