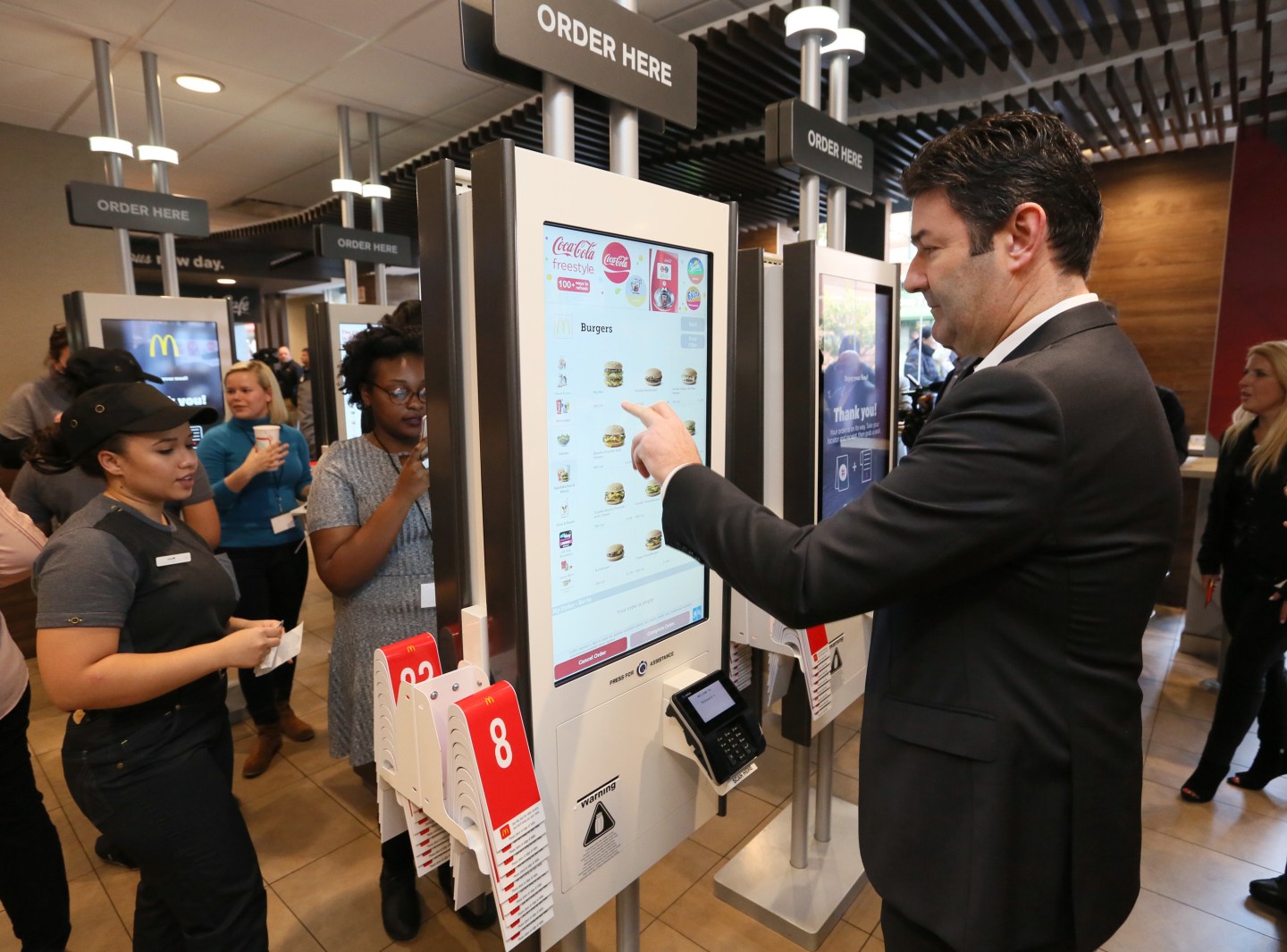 Since taking over as CEO of McDonald’s in March 2015, Steve Easterbrook has set his sights on the company’s food.

On his watch the fast food behemoth has committed to serving only cage-free eggs by 2025, implemented a more stringent antibiotics policy for its chickens, removed high-fructose corn syrup from its buns, and cut out artificial preservatives from its McNuggets. And of course there’s the big one—the launch of All Day Breakfast.

But on Thursday Easterbook signaled that he was turning his attention to how diners are served that food, continuing what he called the company’s “commitment to putting customers at the heart of everything we do.”

McDonald’s announced that it would roll out digital self-order kiosks and table service in all of its 14,000 U.S. stores. Customers will be able to order at touch screens and then pick up a number with a digital locator, which will allow employees to serve them at their tables. Next year customers will also be able to order and pay on the company’s mobile app, which has 16 million downloads.

Right now kiosks and table service are available in 500 McDonald’s restaurants in Southern California, New York, and Florida. Next up are Boston, Washington D.C., Chicago, Seattle, and San Francisco. Incoming U.S. president Chris Kempczinski said choosing those cities was “very purposeful” since they are “trendsetting” markets.

While McDonald’s (MCD) has touted its five consecutive quarters of same-store-sales growth—an important industry metric—there are signs that the turnaround has not completely taken hold. Internal emails obtained by Bloomberg last month showed that the company is facing its fourth-straight year of traffic declines in the U.S. This new initiative from McDonald’s is its latest attempt to increase customer visits and change perceptions.

Table service and kiosks are more in line with how fast casual restaurants—think Panera Bread—have catered to customers. McDonald’s must walk a fine line between trying to capture a new group of diners without alienating its core, which Easterbrook seemed to acknowledge yesterday. “This is not being a different McDonald’s, but a better McDonald’s,” he said.

The shift is a massive one for the company, which built a business on speed and efficiency. The new service model is another sign that Easterbrook, who took the helm amid one of the most tumultuous times in the company’s history as revenues, profits, and same-store sales were all slumping, is willing to turn the company on its head to revive the brand. Those shifts are also cultural: He has stripped out layers of management, brought in outsiders, and is moving the company’s headquarters from suburban Oak Brook, Ill., to Chicago.

During a press event in New York Easterbrook said “for the best part of our 60 years we’ve asked customers to fit around our business model.” Now the company is adapting its “business to fit around customers.”

“We are putting more choice and control in the hands of customers,” Easterbrook said, noting that the changes would impact how its patrons order, what they order, how they pay, and—most significantly—how they’re served.