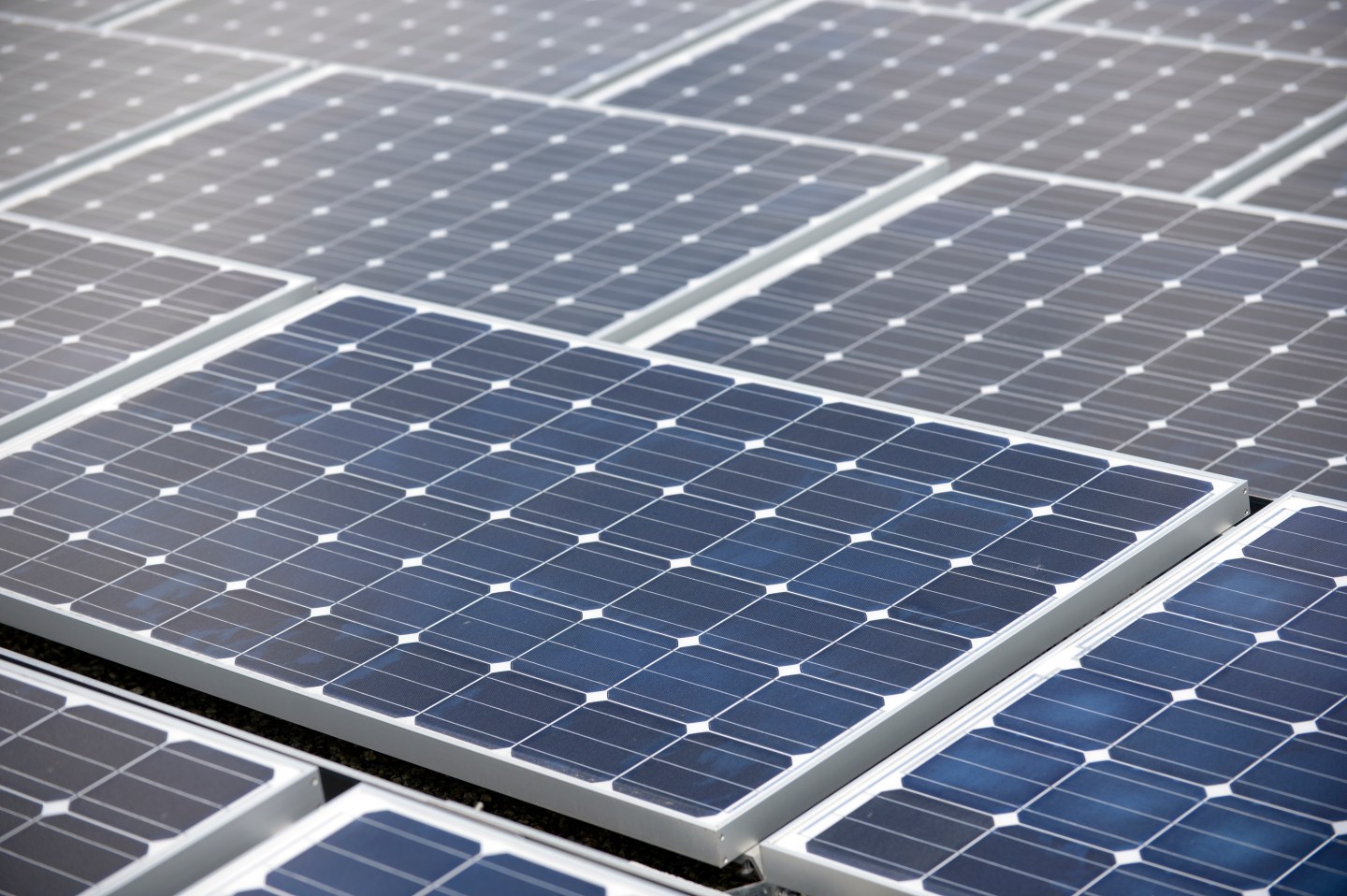 In this Thursday, Sept. 26, 2013, photo, Decatur Self Storage's array of solar cells are installed on the flat roof of the building as they capture solar energy and convert it to electrical energy for the storage facility, in in Decatur, Ga. Owner Mike Easterwood also returns excess electricity to the Georgia Power Company electrical grid in exchange for a reduced monthly power rate. (AP Photo/David Tulis)
Photograph by David Tulis — AP

Amazon Web Services is bringing on five new solar farms to help power its massive cloud data centers. The new solar facilities, all in Virginia, will bring 180 megawatts of power onto the grid by the end of next year, the company announced late Thursday. Those new facilities, along with Amazon’s existing plants, are expected to provide 580,000 megawatt hours (MWh) of energy annually.

Four of the farms are rated at 20 megawatts in capacity, while the fifth is a 100-megawatt facility. They are scattered across several Virginia counties. Why this state? For one thing, Amazon’s (AMZN) largest and oldest, data center farm is located outside of Washington D.C. in Virginia.

For context, 100 megawatts of electricity could power nearly 19,000 homes for a year.

Amazon already fields an 80-megawatt facility in Virginia. Developers Virginia Solar LLC and Community Energy Solar worked on the projects and will own and operate them in conjunction with Richmond-based Dominion Resources, Amazon said.

Running massive data centers packed with servers, storage, and networking—even if that gear sports the most energy-efficient designs—takes lots of power, which is why Amazon, Microsoft (MSFT), Facebook (FB), Apple (AAPL) and other big data center operators are always on the lookout for renewable, sustainable power sources (and are eager to publicize them.)

For more on solar power, watch

A few years ago, Amazon and other tech powers took some, er, heat from Greenpeace for not doing enough to cultivate sustainable energy or for disclosing exactly how much power they use in their data centers. In 2014, AWS committed to using renewable energy for 100% of its power needs, although it did not set any deadline for that goal.

Last month, the company said it expects to exceed another goal—40% renewable energy by the end of this year and 50% by the end of 2017.

Amazon says it has signed contracts for more renewable energy capacity this year than any U.S. company. Microsoft, which just days ago announced its biggest wind energy commitment ever, is second on that list.

Combined, Amazon’s six solar farms are expected to generate more than 580,000 MWh of energy per year which, the company claims, makes it the largest corporate backer of solar projects east of the Mississippi.

In its statement, AWS said it has backed 10 renewable energy projects in the United States that will deliver 2.6 MWh of electricity to the grid that powers data center farms in Ohio and Virginia. That’s enough to power 240,000 homes, the company said.

Amazon also will start operating a 280-megawatt wind farm in North Carolina by the end of this year.