Why President Trump Might Be Good for Tech Companies 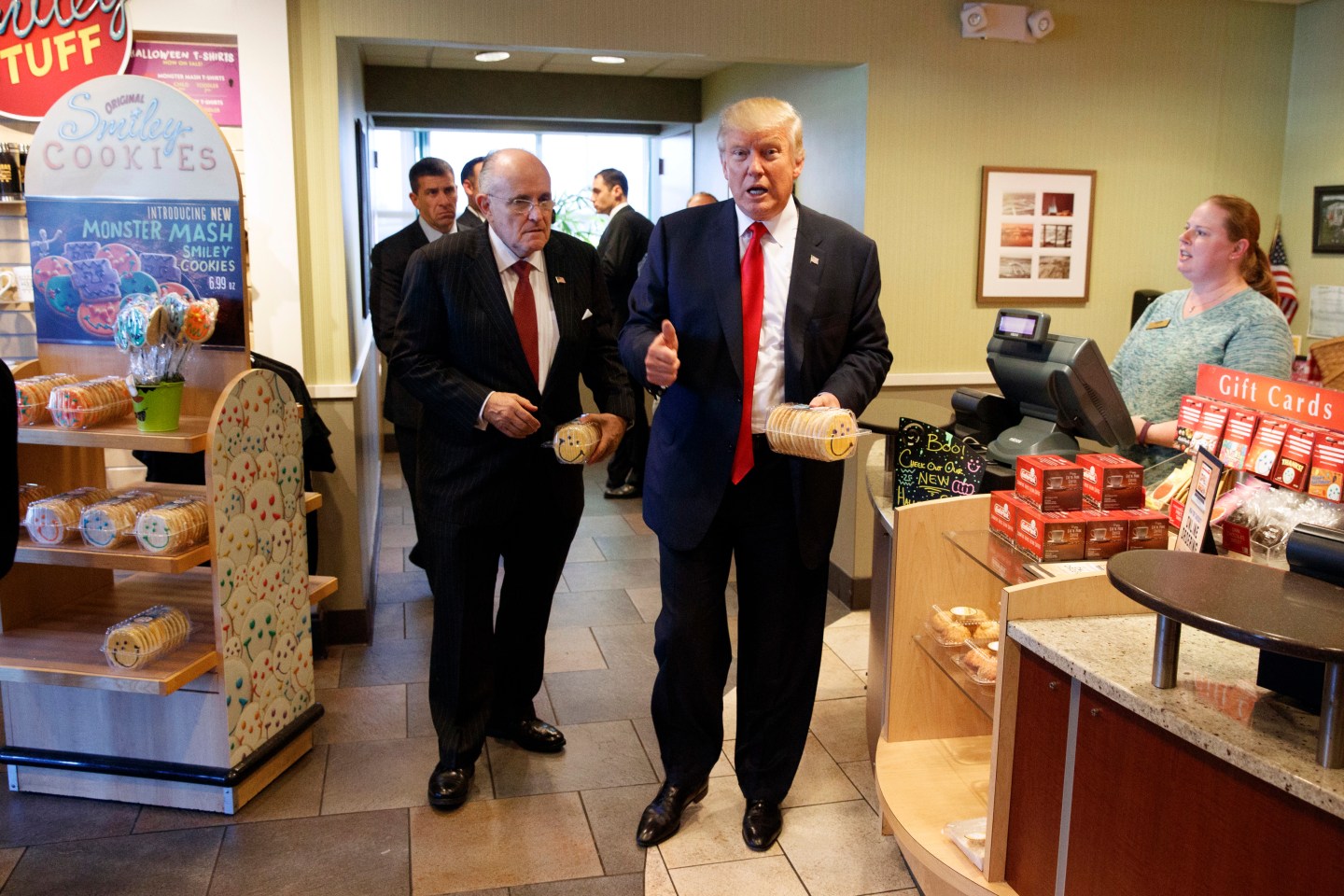 The biggest tech stocks have been suffering since the surprise election of Donald Trump as president. Shares of Apple and Alphabet have lost 2%, Facebook and Amazon 4%, and Netflix 7% since last week.

At the same time, the overall market has rallied with the Standard & Poor’s 500 Index gaining 5%.

Now some analysts who follow the tech industry are arguing that the sell-off is overdone and big tech company stocks are bargains.

“Concerns of President-Elect Trump’s impact on tech companies (are) being largely extrapolated from sound bites that are unlikely to manifest during Trump’s presidency,” Gene Munster, an analyst at Piper Jaffray pointed out in a report on Thursday. “Valuations are very attractive for each of the mega-caps, which have sold off despite any clear political reason.”

The prior Trump rhetoric that has scared some investors includes his threats to investigate Amazon for antitrust violations, a call to boycott Apple for not helping the FBI, and accusing Alphabet’s Google of helping rig the election. Expectations that Trump could gut net neutrality rules have hurt Netflix. More generally, Trump’s opposition to current policies on immigration, offshore manufacturing, and free trade could also hurt the big tech companies that have benefitted from those same policies.

But a more realistic assessment, at least according to Scott Kessler, an analyst at CFRA Research, indicates that the policies Trump is most likely to pursue in the areas of regulation, taxes, and trade could favor tech companies.

“We see a stronger U.S. economy and less regulation as good for bigger technology companies,” Kessler wrote in Nov. 15 report. “In particular, we think easing or eliminating net neutrality would favor the biggest and best-capitalized companies able to most easily pay for faster and better access, and provide competitive advantages. We also believe certain technology companies could actually be aided by Trump’s focus on smarter trade deals and practices.”

However, technology analysts are hardly experts on politics and have no special insight into which policies the incoming Trump administration will actually pursue. Investors should weigh even a small risk of a trade war or new tariffs on products made in China because either outcome would crush many tech stocks. So the recommendations to buy beaten down tech stocks could turn out to be just as misguided as the reports from finance sector analysts to buy sagging shares of banks and insurance companies in 2007.

To learn about sectors seen as benefitting from Trump, watch:

One piece of the tech proponents case seems especially weak. Both Kessler and Munster mention that Trump is likely to lower the tax on bringing untaxed foreign earnings back into the United States. Major tech companies have the most cash “trapped” overseas amid some $1.3 trillion overall.

But the tech companies have already found ways around the repatriation tax, by issuing debt against the cash hoards and by using the money to fund takeovers of foreign companies. Studies of the last tax break for overseas cash found that most of the money was used in unproductive ways that did not bolster the economy much.

So while it may be true that irrational fears of a Trump presidency have hurt tech stock prices, it doesn’t necessarily follow that the stocks will be top performers in the future.