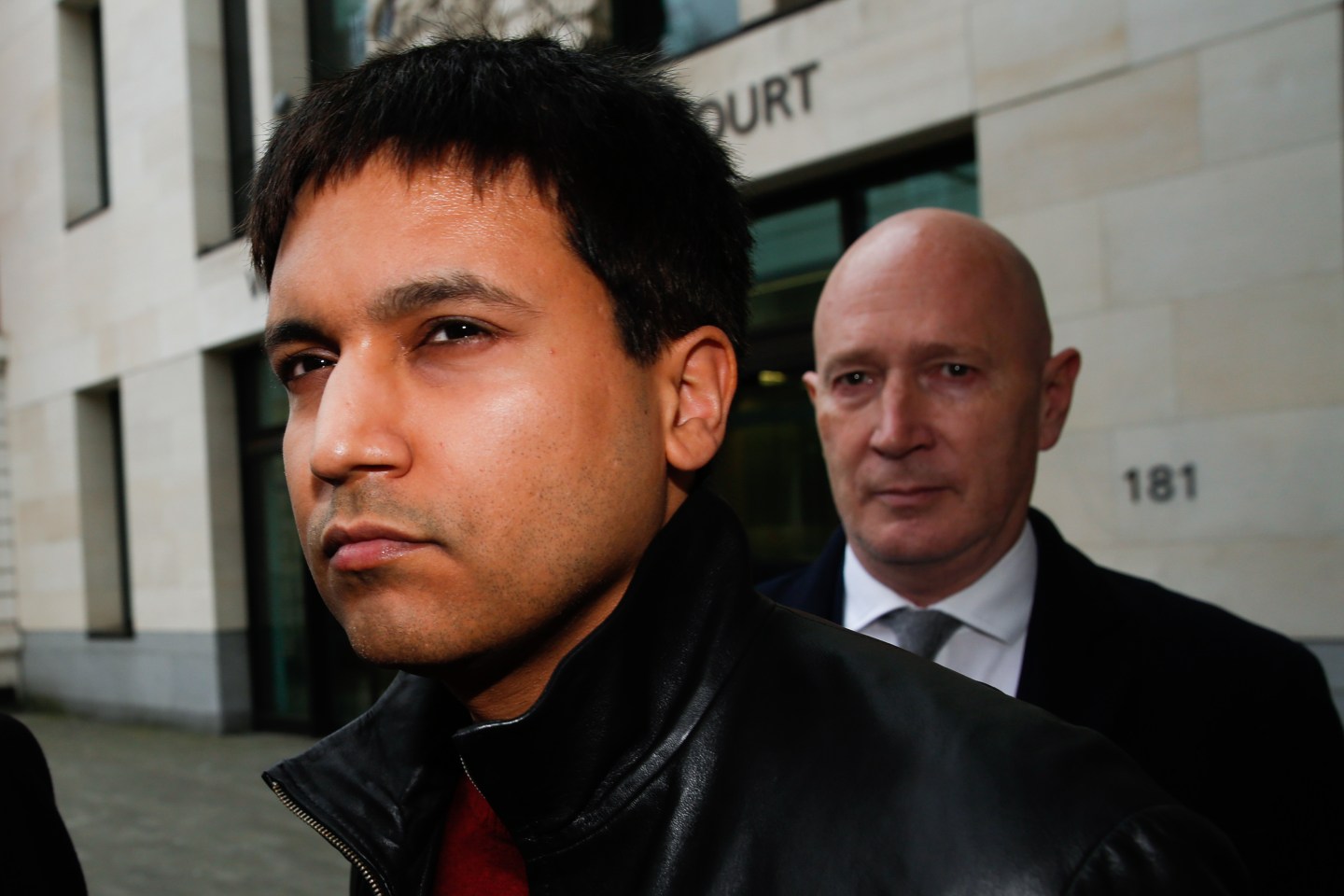 Navinder Singh Sarao, a London-based stock trader, has pled guilty to one count of wire fraud and one count of “spoofing” in a Chicago court. He is expected to serve 78 to 97 months in jail and surrender nearly $13 million, according to the Telegraph.

Sarao’s crime involved manipulating derivatives prices by placing and quickly cancelling a massive number of orders on the Chicago Mercantile Exchange. Between 2009 and 2014, Sarao reportedly earned $40 million through manipulation.

U.S. authorities have also argued that Sarao’s tactics played a major role in the so-called “Flash Crash” of May 6, 2010. Over a span of just minutes, the Dow Jones Industrial Average dropped nearly 1,000 points before rapidly recovering, as individual stock prices swung wildly.

Sarao’s role in the day’s volatility was substantial, according to regulators. Using a specially-modified automated algorithm, he placed about $200 million worth of sell orders on S&P 500 E-Mini index futures contracts, amounting to more than one-fifth of all orders in the period. He then modified the orders thousands of times before cancelling them. Authorities now say Sarao’s orders contributed to volatility that, compounded by rapid responses from other automated trading algorithms, ultimately sent the entire market haywire.

It took years for authorities to identify and pursue Sarao, however, and it’s clear broader circumstances also played a major role in the flash crash. In its initial analysis of the crash, the Securities and Exchange Commission argued that it was triggered by a large sell order on E-Mini contracts placed by a mutual fund amid intensifying concerns about the European debt crisis. That conclusion, however, was widely criticized, and the Chicago Mercantile Exchange itself contested the SEC’s report.

For more on trading tech, watch our video:

Sarao’s rapid generation of fake orders, known as “spoofing,” was made illegal in the U.S. as part of the Dodd-Frank reforms. However, the idea that Sarao was substantially responsible for one of the most volatile trading sessions in history may provide little comfort. Rather than a rogue trader leveraging the resources of a major fund, he was a nearly anonymous independent operator, working out of his bedroom in his parents’ suburban home.