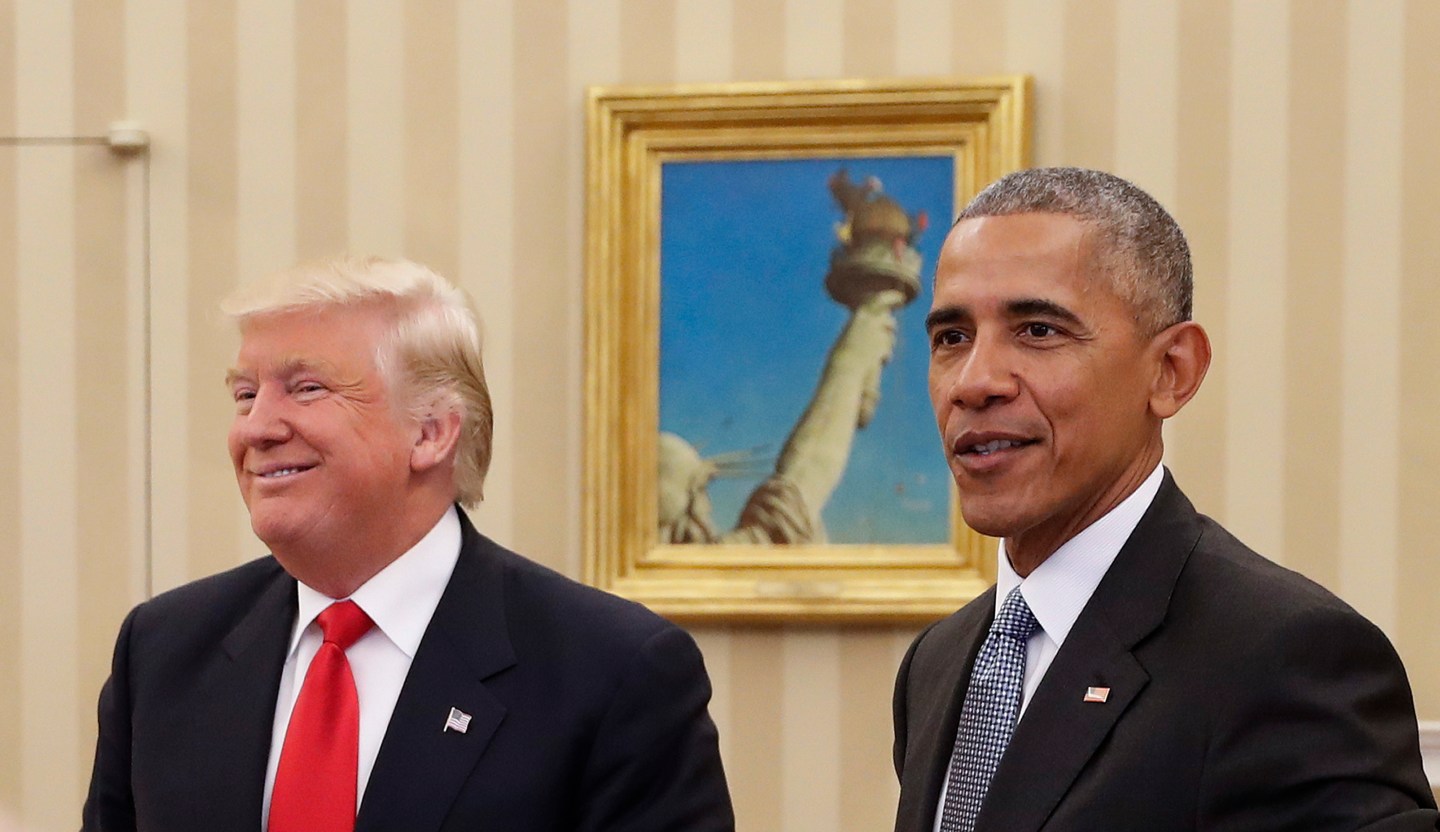 Donald Trump has repeatedly vowed a full repeal of the Affordable Care Act, commonly called Obamacare. But his election may be helping fuel an enrollment surge in the very program that he and a Republican-controlled Congress eventually aim to dismantle.

President Barack Obama’s signature domestic achievement became a late entrant into the presidential race amid a flurry of reports about rising premiums and major health insurers’ defections from the health law’s individual insurance marketplaces in 2017.

These issues are considerably more complicated than the top-line political talking points surrounding Obamacare. Nonetheless, they provided significant fodder to Republicans, in general, and Trump, specifically, to slam the ACA, which GOP lawmakers have voted to repeal dozens of times—only to be dashed by Obama’s veto pen—and are now pledging to actually do away with once Trump takes office.

But it turns out that undoing legislation that’s currently covering 20 million Americans may not be that simple—as evidenced by the more than 100,000 people who signed up for coverage on Healthcare.gov on Wednesday alone, according to the Department of Health and Human Services. The open enrollment period for 2017 Obamacare plans kicked off at the beginning of November. Big spikes in signups typically haven’t occurred until the end of the enrollment seasons since the markets were launched in 2014.

“That’s an indication of the intense demand for the kinds of offerings that are available to people at Healthcare.gov,” White House Press Secretary Josh Earnest said in a briefing.

The vast majority of Americans don’t have the sort of individual health plans sold on Obamacare’s marketplaces—they’re usually covered by their employers or public programs like Medicare and Medicaid (which the health law significantly expanded).

It’s unclear exactly what would happen to consumers who have gained coverage under the ACA if it were scrapped, though it seems likely that there would be some sort of stopgap measure for those who already have plans through the marketplaces or are buying them this year.