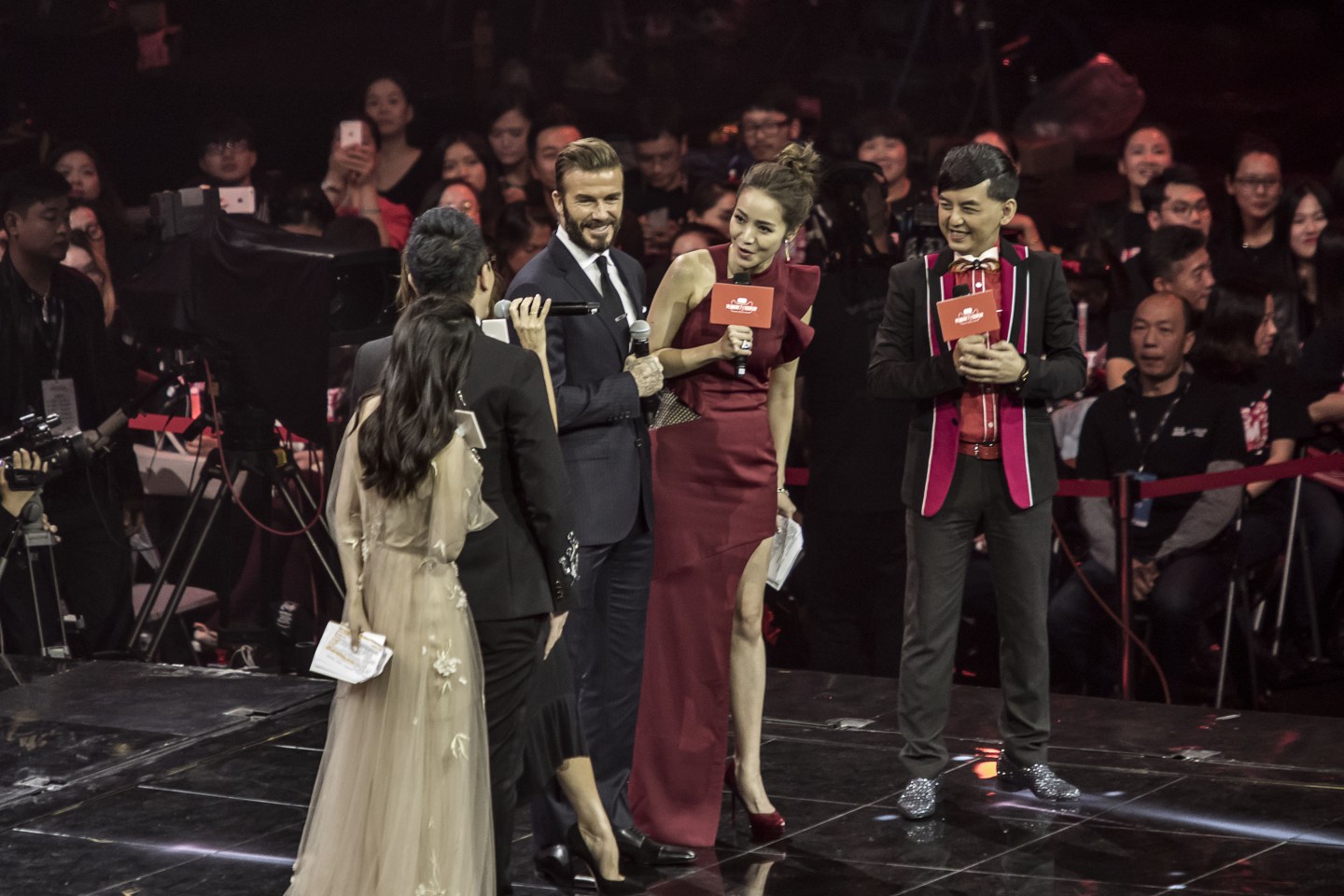 Within two hours it had reaped $7.2 billion in sales—already half of the 24-hour sale’s total $14.3 billion haul last year. At noon in China—midway through the bonanza—the toll stood at $11.9billion.

The Chinese online retail giant’s event far outguns its U.S. equivalents Black Friday and Cyber Monday — the latter, by comparison, reported sales of only $3 billion in 2015.

Bloomberg reports that the 11/11 bonanza may provide clues as to China’s economic health.

At a time when China’s economic growth rate is at its slowest in a quarter century, and amid fears that a weakening yuan might dampen appetite for consumer spending, analysts are watching to see whether Alibaba can surpass the 60% bump in transactions it achieved last year.

“Alibaba will likely break another Singles’ Day sales record this year as bargain-seeking Chinese consumers again flex their spending muscle and shrug off any concerns there may be about China’s slowing economy,” Andria Cheng, an eMarketer analyst told Bloomberg. “Many foreign brands, with and without local China presence, will use this shopping event to further raise their brand profile with Chinese consumers.”

International luminaries such as actress Scarlett Johansson, NBA’s Kobe Bryant, and soccer celebrity David Beckham—replacing headliner Katy Perry, who pulled out Thursday citing a family emergency—were drafted in as ambassadors to drum up interest in the event.

Alibaba CEO Jack Ma aims to derive half of the company’s revenues from outside of China by 2025; the business magnate also plans to introduce the shopping festival to the U.S. and the U.K.