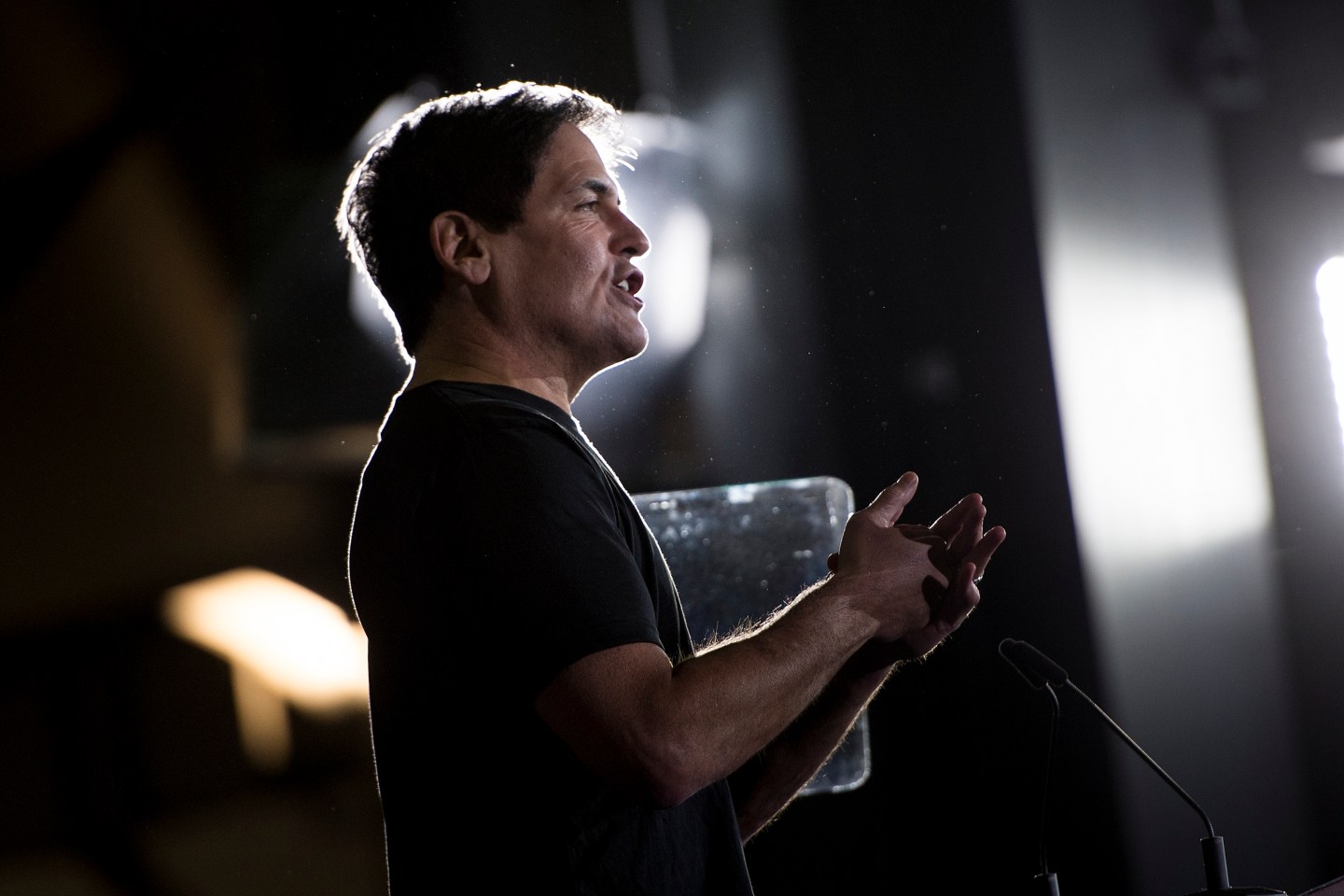 Mark Cuban wants us to give Donald Trump a chance.

The billionaire investor and star of ABC’s Shark Tank took to Twitter early on Wednesday morning to respond to the unexpected results of this presidential election. He entreated his followers to not automatically dismiss a Donald Trump presidency and, despite their feelings about the election outcome, to continue to act as a unified nation. He ended with a verse from the Pledge of Allegiance.

We all need to give President-Elect Trump a chance. Support the good. Lobby against what we disagree on. No one is bigger than us all

One Nation. Under God. Indivisible. With Liberty and Justice for All.

Hours later he reminded American voters that, even though Donald Trump won more electoral votes, Hillary Clinton won the popular vote. And even though she won’t be president, those voices still matter.

Let us not forget Sec Clinton will win the popular vote. All Voices Matter as we come together under a new President

Soon after Trump announced his candidacy in June 2015, Cuban supported the candidate, and even said he would consider being his vice president if he were asked.

Not too long after that, Cuban turned on the Republican candidate and spent the rest of the election cycle as one of his most outspoken critics. He has called Trump a “superstar liar” and an “immediate danger” to national security, and said that he seems to have gotten “stupider” before our eyes.