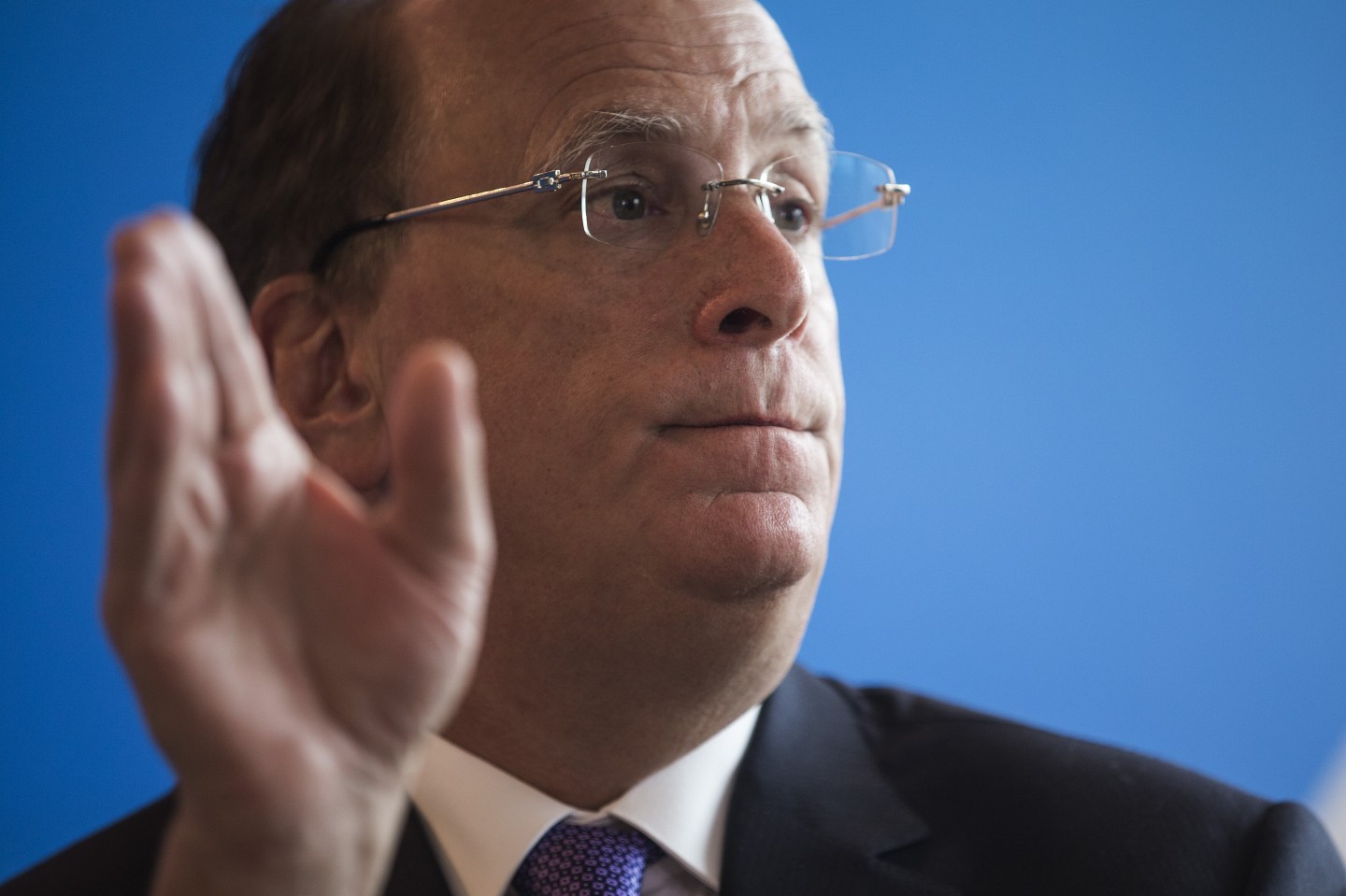 As the odds of a Hillary Clinton presidency increase, a groundswell of investors are advocating that the Wall Street elite deserve a spot among her advisers—as it may even help bridge the party divide.

Earlier this year, Fortune reported that BlackRock (BLK) CEO Larry Fink could be tapped to become U.S. Treasury Secretary in a Clinton administration, while former Goldman Sachs (GS) banker Gary Gensler also appeared to be in the running for the job. Donald Trump, meanwhile, is likely to pick another ex-Goldman Sachs banker, Steven Mnuchin, if he wins in the presidential election Tuesday.

Although Clinton is now expected to steer clear of Wall Street for her Cabinet appointments, given criticism that her coziness with the world of finance could compromise her ability to regulate it, some people believe that would actually be a mistake.

Blackstone (BX) CEO Steve Schwarzman, the billionaire founder of the private equity giant, for one, offered convincing reasons for picking his one-time colleague and occasional rival Larry Fink, the CEO of BlackRock. That’s even more striking when you consider that Schwarzman and Fink once had a famous falling-out that led to BlackRock splitting off from Blackstone, which had spawned it, and that the pair are on opposite sides of the political aisle.

“Larry is an extraordinary businessperson,” Schwarzman tells Fortune. “He’s become the go-to person for central banks to understand the practical nature of money and securities in which they invest.”

The disagreement that led to BlackRock splitting off from Blackstone some two decades ago is the stuff of Wall Street legend: Shortly after founding BlackRock inside private equity giant Blackstone, Larry Fink argued with Steve Schwarzman, who then sold his interest in BlackRock in 1994.

But Schwarzman came to regret that decision as it grew into the world’s largest asset manager: Today, BlackRock has $5.1 trillion under management. Put another way, that’s enough to fund the entire U.S. government for a year and still have $1 trillion left over.

Now, back on friendlier terms, even though they may occasionally compete with one other, Fink and Schwarzman still differ in their political views. Fink is a card-carrying member of the Democratic Party who donated $2,700 to Hillary Clinton’s campaign this summer, while Schwarzman is a dedicated Republican who has contributed more than $400,000 this year to committees working to elect GOP candidates to Congress.

For U.S. Secretary of the Treasury, though, Schwarzman is willing to look past those differences. “I think Larry would be excellent in that type of position,” Blackstone’s founder says. “Larry is a Democrat, but if I were making choices, that wouldn’t impact me. I think he’s an excellent candidate and would do a superb job.”

Schwarzman declined to say which presidential candidate he plans to vote for in the election Tuesday, after recently telling Bloomberg that he’s undecided between voting for Trump or Clinton.

Schwarzman isn’t the only one promoting that view. Mike Mayo, the well-known banking analyst at CLSA, made a similar argument. “Larry Fink for Treasury Secretary—I think that would make sense,” Mayo says.

“He’s just a strong character, strong performance, and really a pillar and bedrock of our U.S. financial system,” he continues, adding that Fink has achieved “meteoric” stock performance at BlackRock, “and he’s done it without taking an inordinate amount of risk.”