This Wall Streeter, and Former Goldman Banker, Could Be the Next Treasury Secretary 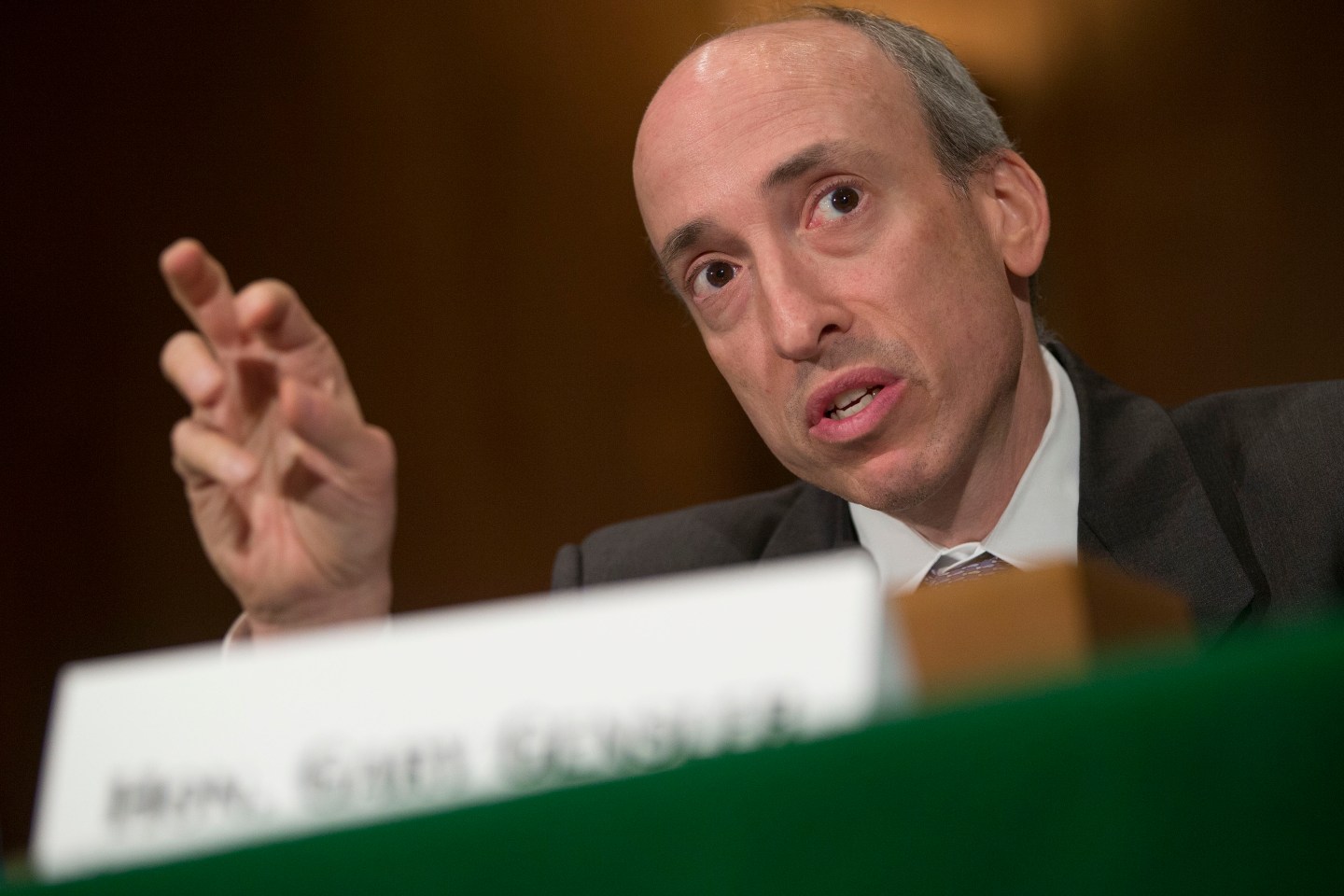 Hillary Clinton has been relentlessly criticized by Bernie Sanders for her ties to finance folks. But, apparently, that might not stop her from naming a Wall Streeter as her Treasury Secretary. And not just any Wall Streeter. One who was a top banker at Goldman Sachs.

So says Jared Bernstein, a senior fellow for economic and the Center for Budget and Policy Priorities, and the former Chief Economist and Economic Adviser to Vice President Joe Biden. As a former member of the Obama economic team and Robert Reich’s Labor Department, Bernstein is in a unique position to take the temperature of both the pragmatic and populist wings of the Democratic Party. His pick for the mostly likely person to be named Treasury Secretary if Clinton becomes president: Gary Gensler, the former chair of the Commodity Futures Exchange Commission (CFTC), but also a former Goldman Sachs (GS) banker.

“Gary Gensler knows where the [financial services industry’s] skeletons are, and he has a good sense of how good financial regulation works,” says Bernstein.

Bernstein does agree that the left-wing of the Democratic Party’s skepticism of Wall Street bankers being placed in key regulatory positions, like Treasury Secretary, is warranted. “It’s very hard to adequately regulate financial markets when you’re a creature of that sector,” he says.

At the same time, he thinks knee-jerk reactions against anybody from the industry working in government is misguided. He pointed to the job that former Lazard banker Antonio Weiss has done, which Bernstein says has impressed him, as evidence that sometimes gadflies like Elizabeth Warren, who fought Weiss’ appointment to Treasury, get it wrong.

Others have suggested that Larry Fink is the most likely candidate to be Treasury Secretary under Clinton. A number of Clinton’s policy speeches have sounded a lot like what Fink, the CEO of money management firm Blackrock (BLK), has said about short-termism in the past. But Gensler has the inside track for the top Treasury job. He’s already the chief financial officer of Clinton’s primary campaign.

Bernstein also takes a nuanced view of other battles over economic policy between the Clinton and Sanders/Warren wings of the Democratic Party, like the fight over the minimum wage. While he applauds the effort of some wealthy states like California raising their minimum wages to $15, he thinks that a national minimum of $15 is too high. He also calls Bernie Sanders’ criticism of the Clinton philosophy of change as being too incremental as being a “head scratcher.”

“I see no evidence that the political gridlock that has taken over Washington will end anytime soon,” Bernstein says. “And that means incremental change will be the best option we have.”