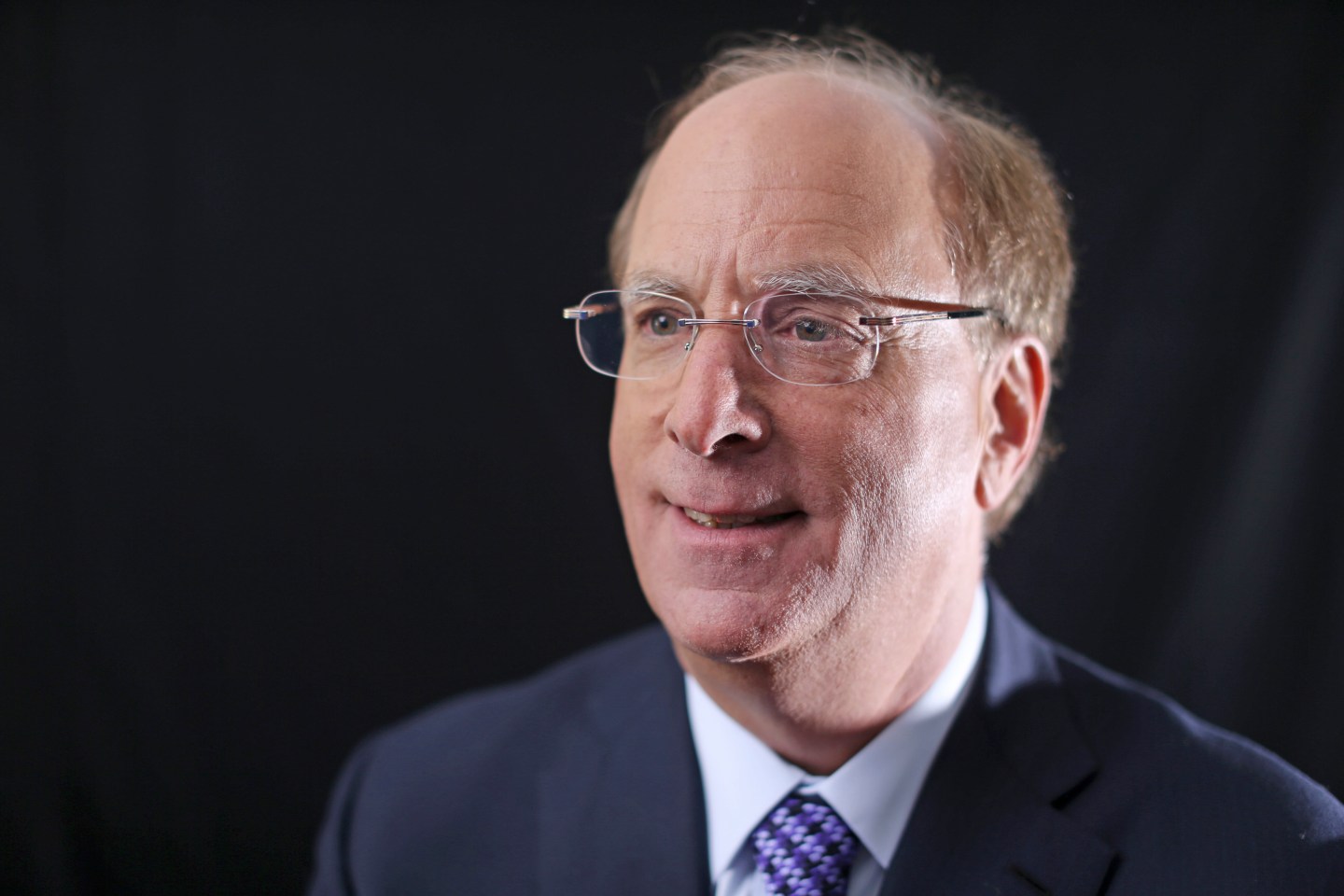 Much has been made about Larry Fink’s recent call to ditch giving out quarterly guidance to shareholders and instead focus on the long-term. In a letter this week to the CEOs of the S&P 500 and a number of large European companies, the BlackRock chief executive implored executives to focus more on the long-term and ignore activist shareholders and others looking for a quick boost to shares.

This is a message that Fink has said before. That was the key message of his letter to CEOs last year.

But this year, Fink also included a message for Washington, saying it was just as much to blame for short-termism as Wall Street. In Washington, Fink said “long-term is often defined as the next election cycle, an attitude that is eroding the economic foundations of the country.” Specifically, Fink advocated for extending the definition of long-term capital gains to at least three years, and gradually dropping the taxes you have to pay on such income after that.

Fink’s tax proposal mirrors something that Hillary Clinton has advocated for recently. And Clinton has echoed Fink’s views on short-termism. That’s raised talk on Wall Street and in Washington that Fink may be angling for the job of Treasury Secretary should Clinton win the presidency.

Fink has been a prominent Democratic donor, though there is no record of him directly donating to the Clinton campaign, and he is said to be close to President Obama.

But Jared Seiberg a managing director at Guggenheim Securities Washington Research Group, said that Fink’s name has regularly come up for the Treasury Secretary role. “Fink is a natural choice for any Democrat,” says Seiberg. “He has the advantage of coming from an asset manager rather than a Wall Street bank.”

Still, Seiberg says it is premature to label anyone as a frontrunner for the job. “Eleven months out in 2008, no one would have picked Timothy Geithner,” says Seiberg. Gary Gensler, the former head of the Commodities and Futures Commission, is an unofficial advisor to the Clinton campaign and could very well be up for Treasury Secretary, should she become president.

Here are the policy proposals that Fink included in his letter to CEOs.

First, tax policy too often lacks proper incentives for long-term behavior. With capital gains, for example, one year shouldn’t qualify as a long-term holding period. As I wrote last year, we need a capital gains regime that rewards long-term investment – with long-term treatment only after three years, and a decreasing tax rate for each year of ownership beyond that (potentially dropping to zero after 10 years).

Second, chronic underinvestment in infrastructure in the U.S. – from roads to sewers to the power grid – will not only cost businesses and consumers $1.8 trillion over the next five years, but clearly represents a threat to the ability of companies to grow. At a time of massive global inequality, investment in infrastructure – and all its benefits, including job creation – is also critical for growth in most emerging markets around the world. Companies and investors must advocate for action to fill the gaping chasm between our massive infrastructure needs and squeezed government funding, including strategies for developing private-sector financing mechanisms.