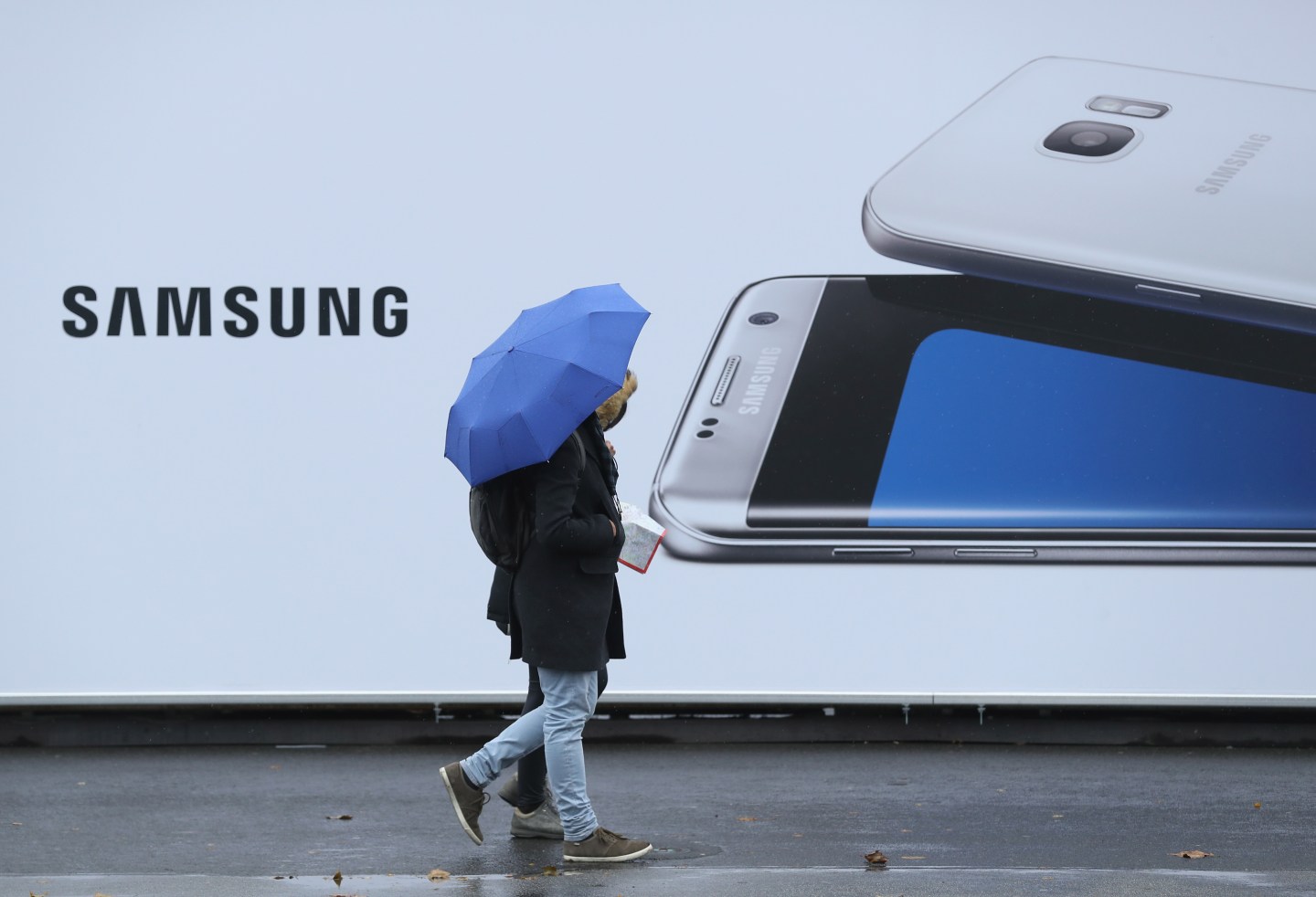 BERLIN, GERMANY - NOVEMBER 01: People walk past an advertisement for the Samsung Galaxy S7 Edge smartphone on November 1, 2016 in Berlin, Germany. Samsung is continuing to grapple with the crisis of its Galaxy Note 7 smartphone catching fire. Co-CEO Kwon Oh-hyun said today he sees the crisis as a catalyst to propel the company towards a fresh start.
Sean Gallup—Getty Images

Samsung Electronics (SSNLF) said on Sunday it would launch an artificial intelligence digital assistant service for its upcoming Galaxy S8 smartphone, seeking to rebound from the Galaxy Note 7’s collapse and differentiate its devices.

Samsung is counting on the Galaxy S8 to help revive smartphone momentum after scrapping the fire-prone Galaxy Note 7, which will hit its profit by $5.4 billion over three quarters through the first quarter of 2017.

Investors and analysts say the Galaxy S8 must be a strong device in order for Samsung to win back customers and revive earnings momentum.

Samsung did not comment on what types of services would be offered through the AI assistant that will be launched on the Galaxy S8, which is expected to go on sale early next year. It said the AI assistant would allow customers to use third-party service seamlessly.

“Developers can attach and upload services to our agent,” said Samsung Executive Vice President Rhee Injong during a briefing, referring to its AI assistant.

“Even if Samsung doesn’t do anything on its own, the more services that get attached the smarter this agent will get, learn more new services and provide them to end-users with ease.”

Technology firms are locked in an increasingly heated race to make AI good enough to let consumers interact with their devices more naturally, especially by voice.

Alphabet’s Google (GOOG) is widely considered to be the leader in AI, but others including Amazon.com (AMZN), Apple and Microsoft (MSFT) have launched their own offerings including voice-powered digital assistants.

Samsung also hopes to differentiate its devices, from phones to fridges, by incorporating AI. Competition from Google’s new Pixel smartphones, armed with the U.S. firm’s voice-powered digital assistant, adds to the urgency.

The South Korean firm has said it plans more acquisitions to bolster its AI and other software capabilities.