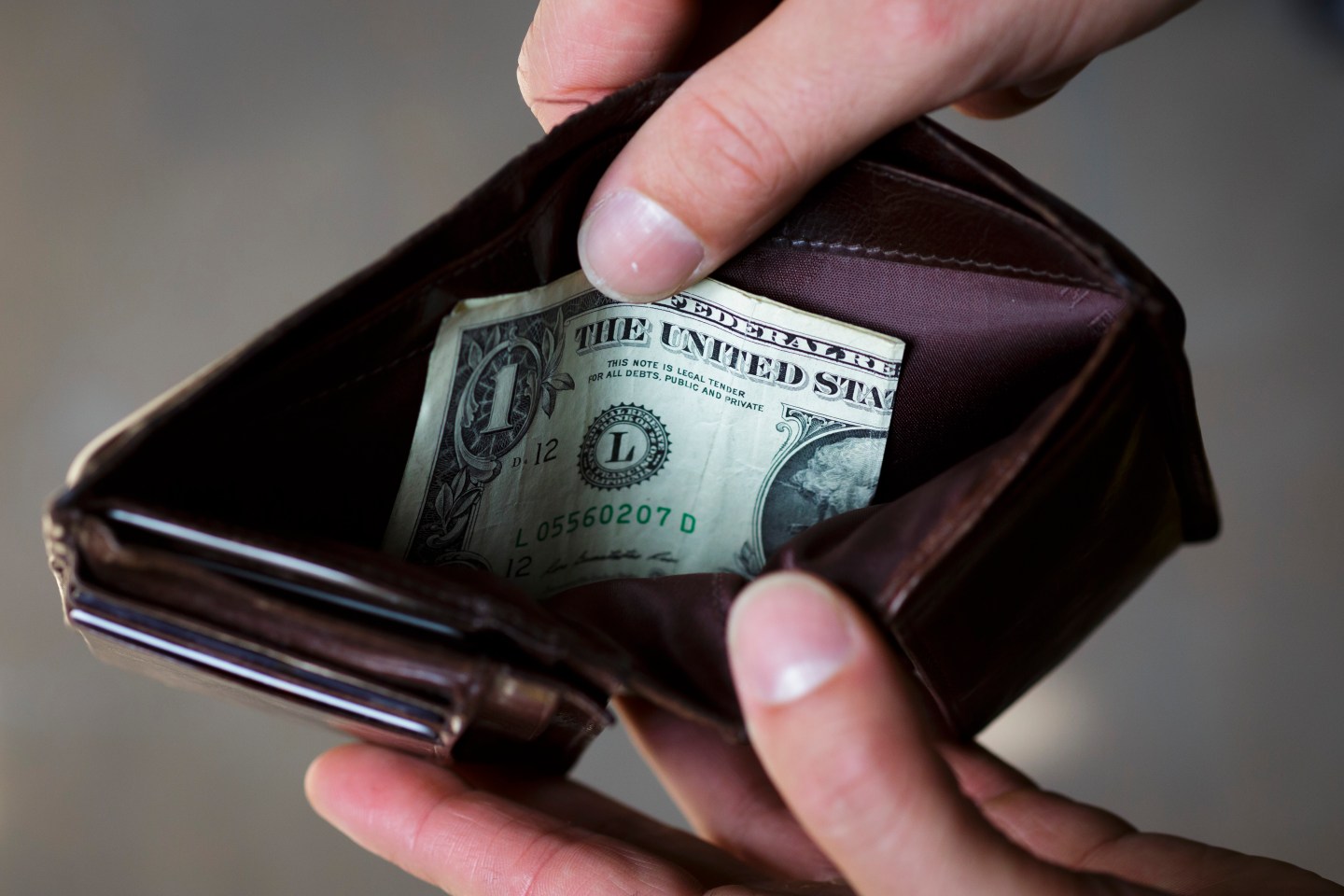 A man holds a wallet, filled with a one dollar bill.
Photograph by Thomas Trutschel—Photothek via Getty Images

The biannual time shift coming this weekend means you’ll soon be leaving for work in the dark and grumbling about how your sleep cycle is thrown out of whack. But there’s another big area of your life you likely didn’t realize was affected by daylight saving time: your wallet.

A new study out from JPMorgan Chase Institute found that the switch back to standard time is associated with a drop in spending between 2.2% and 4.9%, depending on where you live.

Daylight saving time starts in the spring when clocks are pushed forward an hour and ends in the fall when clock are set back to standard time. The policy affects over 300 million Americans. One of the supposed advantages of the policy is that the extra hour of sunlight encourages Americans to stay out and spend money, giving a boost to small businesses and the economy in general.

Read more: Why We Need Daylight Saving Time Year Round

“If the extra hour induces additional spending, we would expect to see an increase in local commerce in Los Angeles relative to local commerce in Phoenix,” the study’s authors write. “In November, the opposite should happen.”

But that’s not what happens. Researchers found that while there is an slight increase in spending in the spring, the corresponding drop in the fall is larger.

Because the magnitude of the drop in spending in November outweighs increased spending at the beginning of DST, that calls into question whether the policy is actually a booster to the economy.