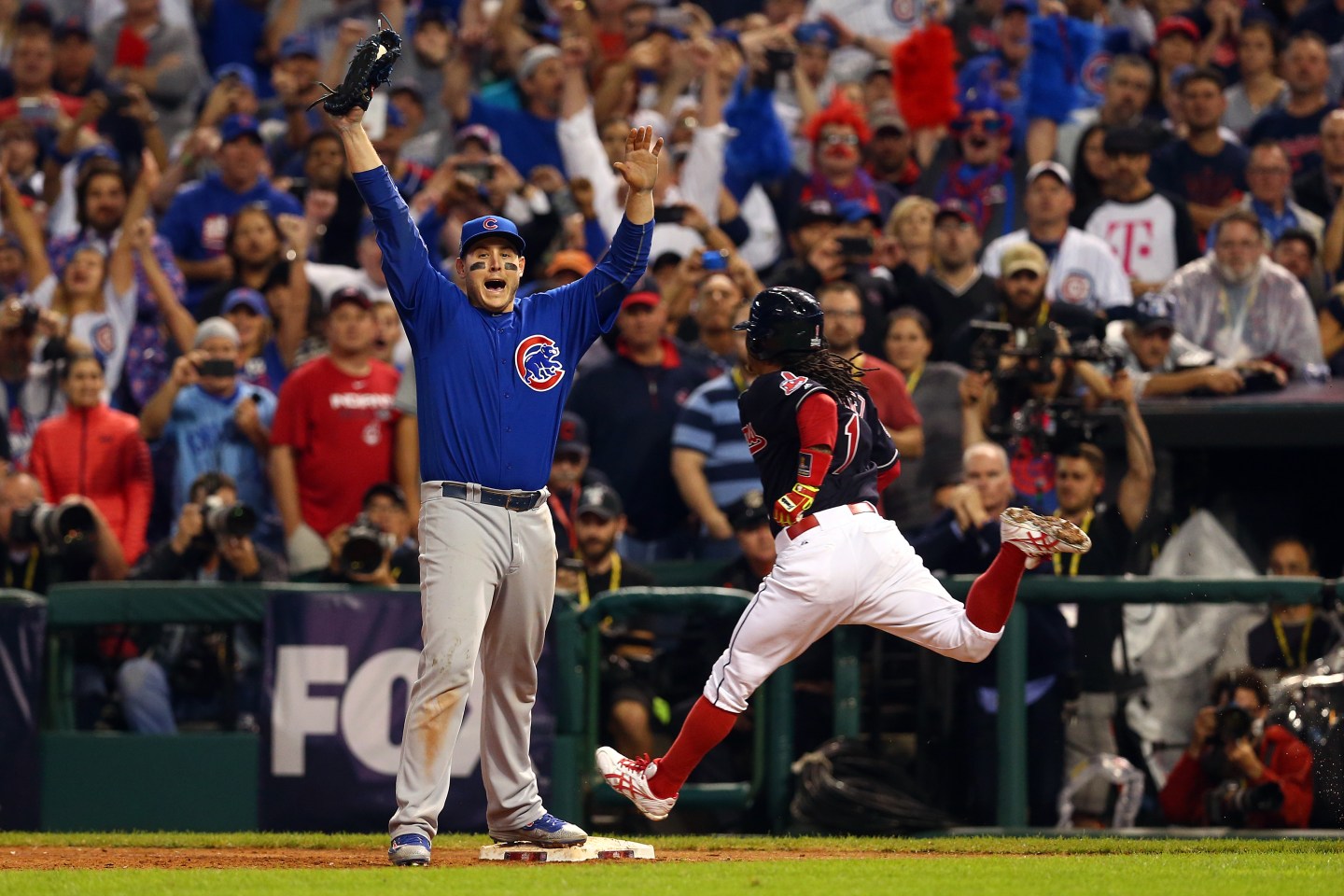 The 2016 Chicago Cubs will be the toast of the Windy City for decades to come, known forever as the group of guys who overcame a 108-year drought and the Curse of the Billy Goat.

While this adulation will surely be the most valuable prize the Cubs win this fall, the Chicago players will also take home one serious payday, as all World Series winners do. Since 1903, when the first World Series was played, players on post-season teams have gotten a share of the revenue generated by postseason ticket sales. The formula for how this money is divvied is spelled out in the collective bargaining agreement that the players sign with the owners.

According to baseball statistics and analysis website Fangraphs, the World Series winning team gets to take home 36% of the money that goes into the “players pool” of playoff revenue. The players who were on the winning team between June 1 and Aug. 31 will vote on how that money is divided, according to the Chicago Tribune. Typically, players are fairly generous when it comes to sharing that revenue with anybody who played on the team that year, and they can also give some of the money to other figures, like ball boys or clubhouse workers they feel are particularly deserving.

Assuming that this year’s playoff pool rivals last year’s record $69.8 million—and this is a safe assumption given that big-market teams like Chicago and Los Angeles made it far into the playoffs—the Cubs will have $25.1 million to divide among themselves however they see fit.

If the players give a full share to each of the 49 members who saw time with the team this year, that would come out to $512,000 per player. That number will likely come down, however, as the players’ usually direct at least partial shares to people besides those who contribute on the field. Last year, for instance, the Cubs gave money to 60 different people. The MLB usually announces the exact figures later this month, so until then the Cubs players will have to wait for their big payday.