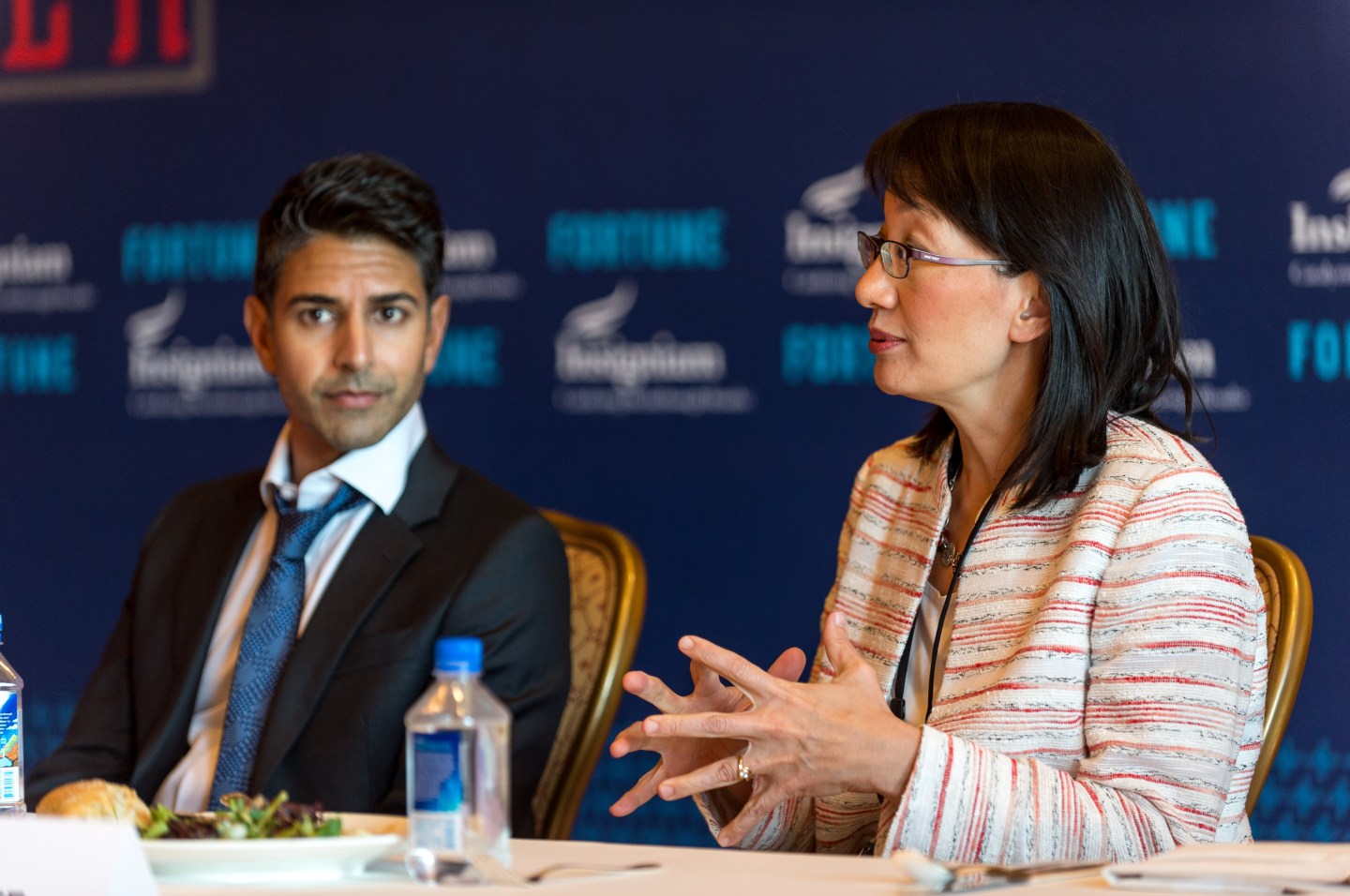 Why go to the doctor, when you can just Skype or text her? That may sound glib, but these days, it’s a serious question. And in a field where many trends—skyrocketing drug prices and healthcare costs—tend to defy logic, the rise of telemedicine is one that makes a lot of sense, said Vivian Lee, CEO of University of Utah Health Care, speaking on a panel about virtual health at Fortune’s Brainstorm Health conference in San Diego on Wednesday.

Indeed, the service wins rave reviews from patients and providers. Practitioners of telemedicine say virtual appointments greatly enhance access to care and engagement with patients, both of which tend to benefit health outcomes. Suneel Gupta, head of mobile, for One Medical, said patients engage with his company’s virtual health platform 25 to 30 times a week. While there’s a convenience factor, there are also safety implications. Telemedicine keeps the sickest patients at home, and out of the hospital, where there is greater risk of infection.

Especially, as the Center for Medicare & Medicaid Services makes its push to value-based, rather than fee-based care, it’s likely that telemedicine, which saves costs and improves outcomes, has a role to play, said Lee.

That’s not to say there aren’t a few wrinkles to work out. Not all doctors are naturals at virtual care. They often have to work on their “webside manner,” said Hill Ferguson, CEO of Doctor on Demand, a telemedicine company that serves corporations and large employers. (Ron Gutman, CEO and Founder of HealthTap, another virtual health start-up, says his company’s users actually prefer texting to video care.)

And regulation hasn’t yet caught up with the telemedicine trend. Doctors must be licensed in both the state in which they’re giving care, as well as the state in which that care is being received. For health systems that have hospitals in many states, that’s an especially tedious challenge.

Oh, and one other thing: in many cases, telemedicine sessions are not reimbursed. That makes it an even more difficult for health providers to decide whether to build out virtual health infrastructure.

For Lee, it’s a no brainer: it’s worth it. It’s a way to keep up with demand for care—virtual appointments save time—and to provide greater access to services, particularly for patients that may be hundreds of miles away from the closest hospital. She says the platform is also just as useful to connect doctors and nurses with other healthcare professionals, who can offer a second opinion or medical guidance.

Telemedicine has also been embraced by Carolinas HealthCare System. The investment in telemedicine will save the company from building many new hospital beds, and make better use of the ones it has, said Guy Glorioso, director of virtual care at the organization. Such a platform saves the system in the longrun, he says, driving down hospital readmissions, the cost of ambulance services, and other expenses.