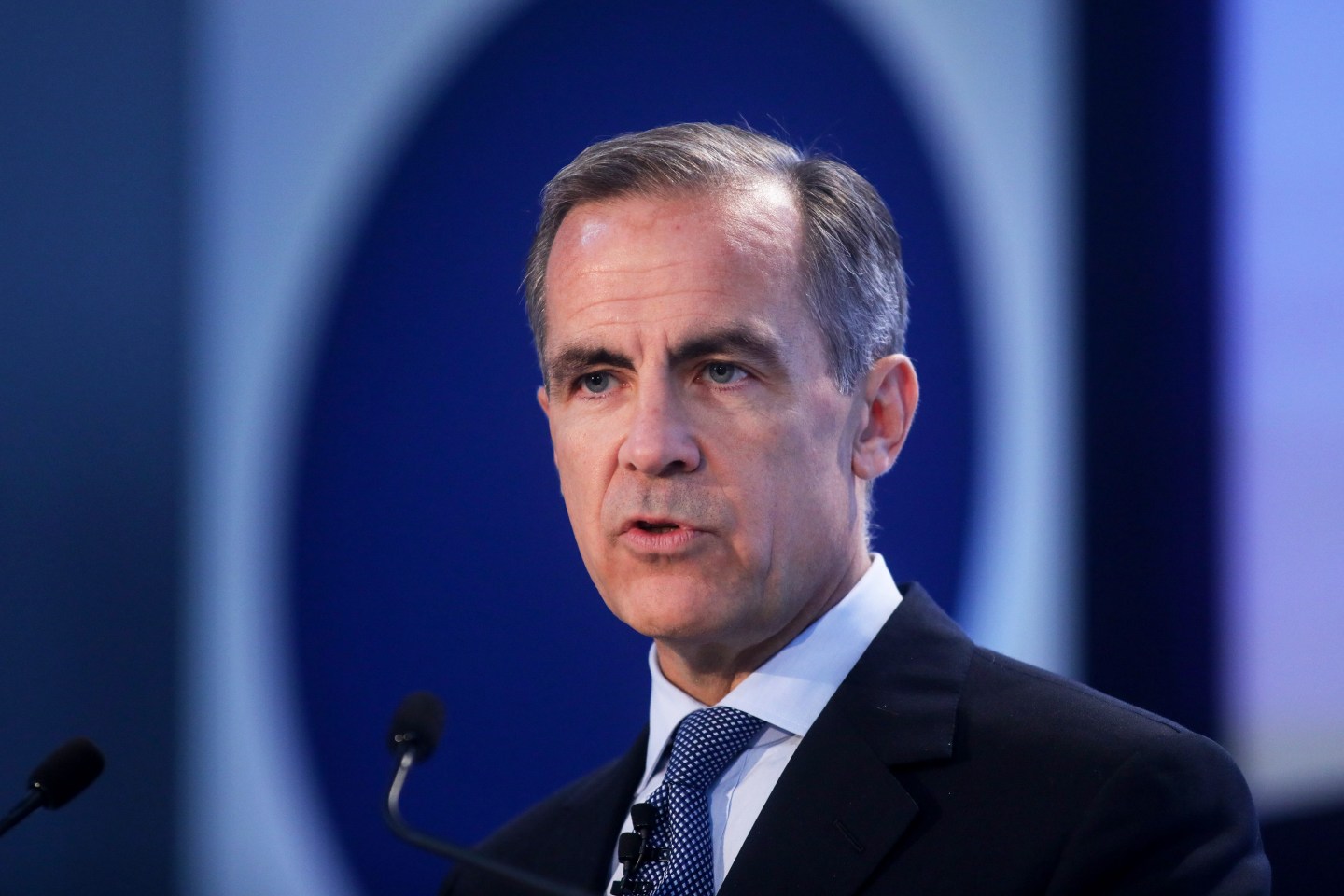 Mark Carney, governor of the Bank of England, speaks at the Future Forum event in Birmingham, U.K., on Oct. 14, 2016.
Photo by Chris Ratcliffe—Bloomberg/Getty Images

Questions about the independence of the Bank of England are unlikely to be silenced by Mark Carney’s announcement that he will stay at the British central bank for an extra year until June 2019.

With the government aiming to start tough negotiations early next year about its exit from the European Union, the BoE is widely expected to protect the economy by keeping its near-zero interest rates and its massive bond-buying program.

Carney, and possibly whoever succeeds him in 2019, are likely to face continued criticism that these policies penalize savers—one of the “bad side-effects” cited by Prime Minister Theresa May in a rare intervention on monetary policy last month.

“I do think that the longer those policies are in place, the more you’ll get people who are unhappier and actively lobbying and complaining,” said James McCann, an economist at Standard Life Investments.

“There will be more turbulence in the debate, and policymakers will have to remain on their guard and defend their independence.”

Any perception that the central bank’s freedom of action was under threat would be a sharp negative for investors. The BoE gained operational independence from the government in 1997 in one of Tony Blair’s first acts as prime minister, a decision widely seen as underpinning Britain’s economic success of the last 20 years.

Carney, a Canadian, took the helm of the BoE in 2013 and, for what he said were family reasons, originally planned to serve five years instead of the usual eight. On Monday he said he would stay one extra year.

The timing is significant: Carney will now be able to steer the economy during two years of divorce negotiations with the the EU, at a time when Britons are expected to see their living standards pinched by high inflation because of the post-Brexit vote slump in the value of the pound.

But by mid-2019, his new leaving date, the country will be less than a year from a general election, raising the temptation for politicians to show they sympathize with the financial frustrations of voters.

“While support for BoE independence has been close to unanimous among politicians since 1997, Brexit does appear to have punctured that near unanimity,” J.P. Morgan analysts Malcolm Barr and Allan Monks said in a note to clients on Tuesday.

“However, any view that monetary policy should have different objectives or be brought back under the direct control of politicians remains confined to relatively few.”

It’s not just in Britain that central banks have come under pressure.

U.S. Republican presidential candidate Donald Trump has accused the Federal Reserve of keeping interest rates low because of political pressure from the Obama administration. And German Chancellor Angel Merkel has said it is legitimate for people to question the European Central Bank’s record low interest rates.

Carney has had to withstand persistent criticism from eurosceptic lawmakers over his pre-referendum warnings of an economic hit from Brexit.

But more serious questions about the freedom of the BoE to do its job without pressure from Westminster came to the fore during a bruising few weeks for the central bank and the government last month.

In a keynote speech to her party in early October, May said that while super-low interest rates and quantitative easing had provided necessary emergency medicine after the financial crash, there had been an unfortunate downside.

Carney pushed back, saying he would not “take instruction” from politicians about how the BoE should do its job.

May has since tried to show she is sensitive to suggestions that she encroached on the independence of the BoE. On Monday, she backed Carney as the best man to lead the bank.

But the broader attacks on the BoE might be hard to silence after her initial criticisms.

Jacob Rees-Mogg, a eurosceptic member of parliament who has been a persistent critic of Carney, said the next BoE governor should be prepared to rethink the entire premise for keeping rates so low.

“You need an examination of whether the negative effects of low interest rates now outweigh the beneficial effects,” he said. “I think that a fresh face would have a very good opportunity of re-examining that because such a person wouldn’t have given hostages to fortune in the past.”

With the pressures unlikely to go away, the government might want to clarify how the BoE’s independence works, said JP Morgan’s Barr.

Under the existing system, the finance ministry sets the BoE a target for inflation – currently 2 percent – and the central bank has the freedom to decide how to meet it.

“Arrangements to establish the dividing line between politics and monetary decisions are never perfect and have clearly come under particular strain,” Barr and Monks said in their note to clients.

“We wonder whether some form of general statement of principles, agreed by both the Treasury and the BoE, would be useful.”