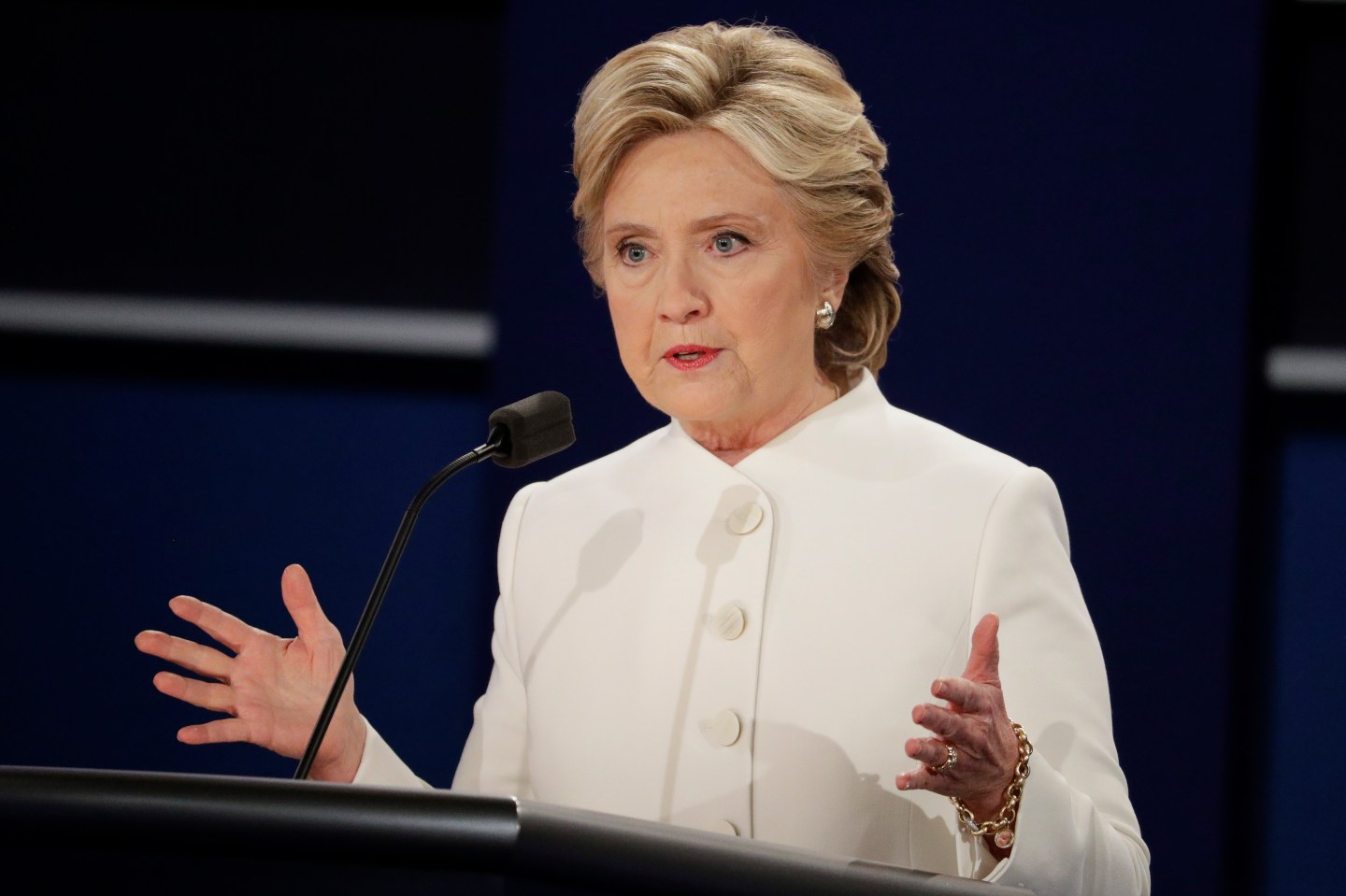 Let’s assume Hillary Clinton wins. Heaven knows all assumptions are perilous in this election, but some polling conducted after FBI director James Comey’s bombshell announcement last Friday still shows Clinton maintaining her six-point pre-announcement lead over Donald Trump in a four-way race. More important, RealClearPolitics’ electoral map, which is updated continuously based on state polls and has been only partially refreshed since Comey’s announcement, shows Clinton’s lead slightly greater than it was last week; as of this morning it’s Clinton 304 vs. Trump 234.

So how should business leaders be planning for a Clinton victory? New reporting by the AP’s Julie Pace says Clinton’s advisers are assembling a domestic policy agenda that focuses on three priorities for the new administration’s early days. All three are issues on which she faces at least a chance of Republican cooperation. It’s a shrewd strategy because if she’s even partially successful, she’ll be able to cite some achievements early on and to make a credible claim of seeking bipartisan support. The three issues:

Immigration reform: President Obama tried and failed to win broad immigration reform in 2013, but few people recall that the Senate passed a bill creating a path to citizenship for illegal immigrants; the House refused to vote on it. The big question now, on this issue of vital importance to business, is whether the anti-immigrant fervor whipped up by Trump would make immigration reform a complete non-starter for Republicans, or whether instead the party’s desperate need to rebuild support among Latino voters would make it a must.

Criminal justice reform: Action on this issue also draws heavy Republican support, particularly for reducing or eliminating mandatory minimum sentences and reducing public spending on jails and prisons. Prospects again depend partly on the Trump effect: Has his emotional law-and-order campaigning made the issue untouchable in the coming year?

Infrastructure: Members of both parties generally love spending money on roads, bridges, airports, and other infrastructure. As a former Capitol Hill staffer memorably puts it, “The smell of hot tar is an aphrodisiac to legislators.” So what would stop them? Two possible roadblocks. First, Congress passed a five-year $305-billion highway bill last year, which President Obama signed into law, so legislators may be reluctant to pass another one so soon. Second, where does the money come from? As the AP’s Pace notes, Democratic Senator Chuck Schumer of New York has said it would come from taxing U.S. companies’ overseas profits at a low rate.

Wait – could that potentially huge change to the U.S. tax code derive from an infrastructure bill? Yup. In fact, it was under serious discussion during negotiations over last year’s highway bill. It’s a reminder of why business leaders should pay close attention to the new president’s whole agenda, no matter what (or whose) it is.