No, Donald Trump Is Not Talking to Russia on a Secret Server 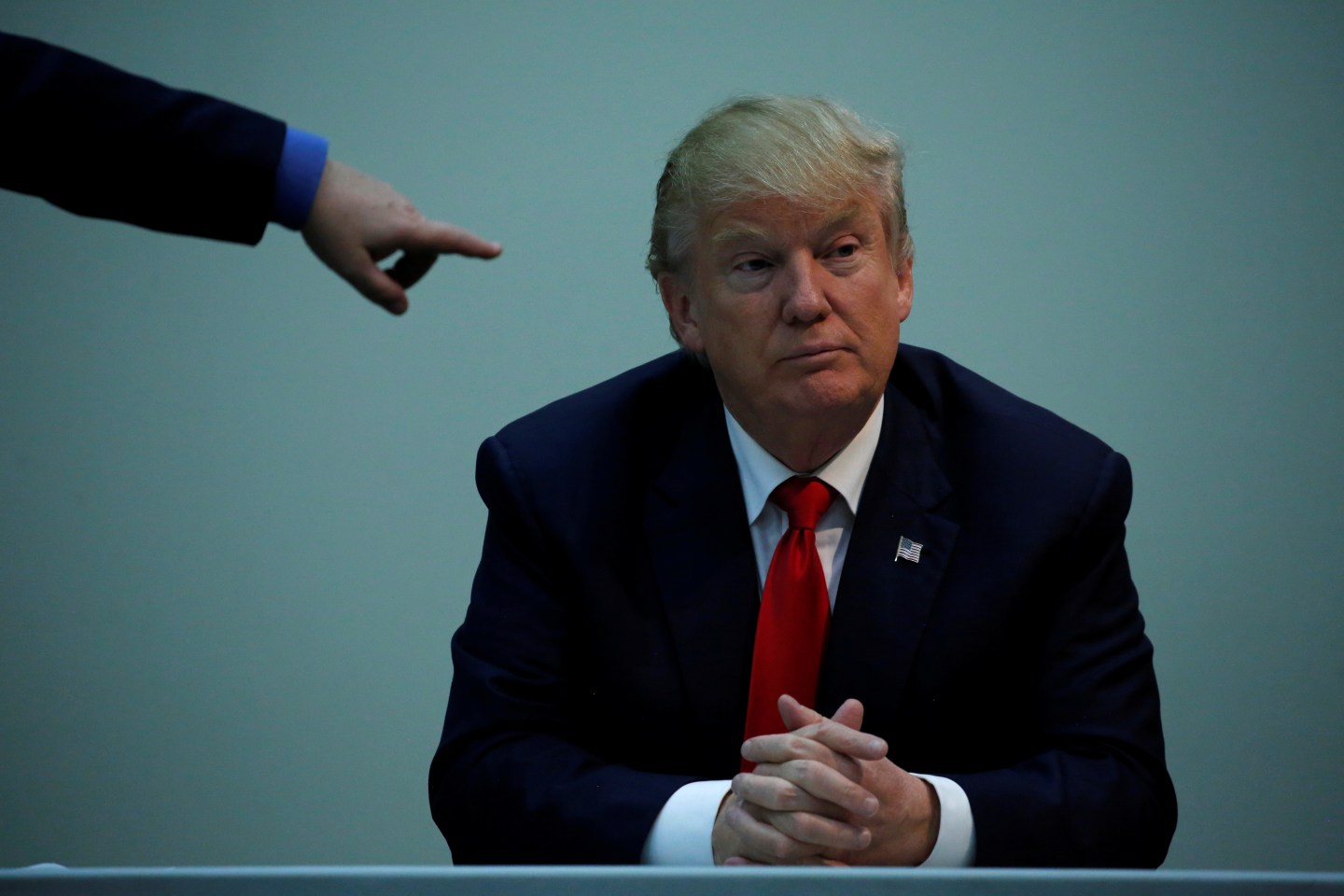 Watch out for those question headlines — especially during election season. The latest cautionary tale comes via Slate, which on Monday published a would-be bombshell titled: “Was a Trump Server Communicating With Russia?”

The introduction to the piece sets up the reader for a damning exposé showing Donald Trump in secret communication with Russia over a computer server, presumably operated by one of the businessman’s hotels. And the author follows with a layer-by-layer set of innuendos larded with arcane technical jargon and rhetorical questions to advance his deep and dark accusation.

Other media outlets echoed the story’s central allegation and, soon enough, it even got picked up by Trump’s rival:

It's time for Trump to answer serious questions about his ties to Russia. https://t.co/D8oSmyVAR4 pic.twitter.com/07dRyEmPjX

Sadly, the whole thing amounts to horsefeathers. I’m no Trump supporter (for damn good reason), but I also can’t condone irresponsible innuendo and technological illiteracy in the guise of investigative journalism.

In this case, the Slate story by Franklin Foer has taken a number of fatal bullets by actual cybersecurity experts, but it’s worth adding one more quick explanation of why the publication got it so wrong.

The short version is that the piece revolves around the non-smoking gun of a hotel server tied to Trump’s hotel, which, according to records from a DNS provider (a sort of directory service), made repeated contacts with Alpha Bank, a financial outfit tied to the Kremlin.

Foer casts this as a conspiracy. But security researcher Robert Graham destroys the theory, revealing that the server belongs to some affiliate marketing company that appears to be sending spam to people affiliated with Alpha Bank (executives from the bank likely stayed at one of Trump’s properties at some point, resulting in the spam message).

Other outlets, including Vox and The Intercept, have likewise shot down the story, using language that is technical but clear to understand. And on Twitter, Foer’s credibility is diminishing by the minute:

Here's tech thread on why @FranklinFoer Trump server story is nonsense, if you need something beyond "DNS logs reside in realm of metadata" https://t.co/QtVBqXZffY

People who know just zero about RIS & their MO shouldn't write long, speculative pieces on them. You'll look like a moron.

So far, Foer and Slate appear to be digging in, by refusing to add an update to the original story that seems so clearly misinformed. This could be because the original article leaves the author enough wiggle room, including the use of a question mark headline, to say, “I didn’t say we knew for sure.”

But it’s a weak defense, and reminiscent of what Reuters did in 2011, when it used a similar question-posing headline to make the absurd suggestion that George Soros was behind the Occupy Wall Street movement.

The bottom line is that Slate screwed up by publishing this in the first place, and by adding more kooky misinformation to an already addled election season. As for Foer, he says on Twitter a “follow up” piece is in the works. But someone has already suggested a better response:

I think maybe you guys need a Word of the Day calendar, @DavidCornDC, @FranklinFoer. Perhaps I can fill the void until you find one: pic.twitter.com/XeuLyBdQtt

We’ll update this story if and when Slate sorts this out. Update: Foer has published a follow-up story to “assess” the “competing theories,” but has not appended any change or correction to the original. He has been shredded all over again, and as one Twitter user notes:

Well that's one way to almost admit you were wrong: https://t.co/I6HvoGuQrX