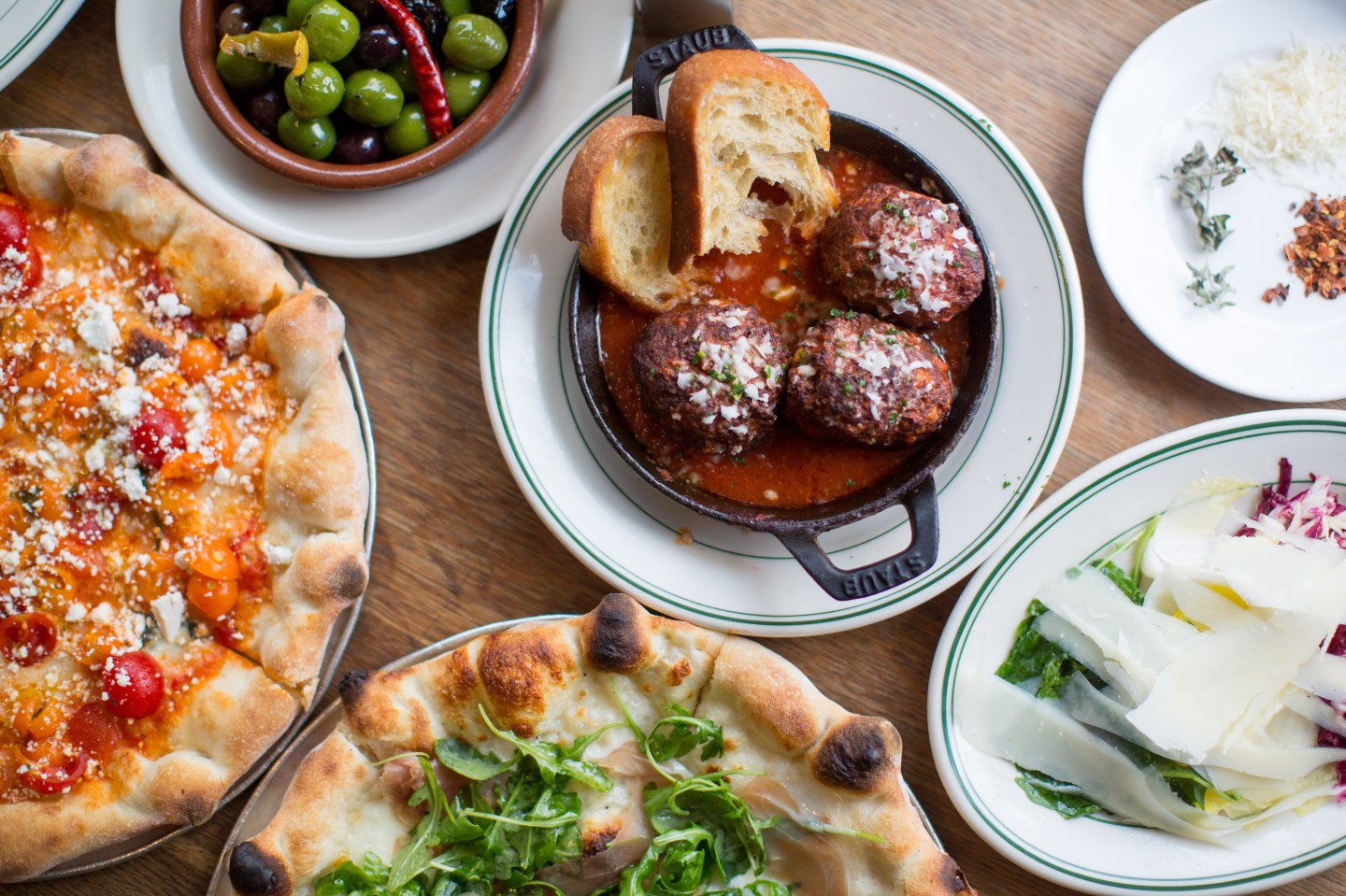 Postmates, a San Francisco startup that delivers anything from burritos to a new iPhone charger, has finally closed its latest round of funding.

On Monday, the company said it has closed $140 million in new funding, led by Founders Fund, which contributed $50 million to the round, according to the company. Postmates’ valuation—$400 million—remains the same as it was when it raised funding last year, said that company.

Reports that Postmates was raising new funding first emerged last April, when the company was said to be raising $100 million to $150 million while potentially seeking to up its valuation from about $400 million. Last week, private market data provide CB Insights last week obtained a legal filing showing that Postmates’ valuation had remained the same.

“Flat is the new up,”co-founder and CEO Bastian Lehmann jokes in an interview with Fortune on Monday about the company’s unchanged valuation.

“I think the valuation being the same as the last time that reflects the market, and we have to deal with that,” he adds. In March, competing startup DoorDash raised new funding but also failed to close at a $1 billion-plus valuation it reportedly sought despite having the backing of Sequoia Capital, one of the Silicon Valley’s top venture capital firms. Beyond that, Uber-like startups have faced increasing skepticism from investors as the reality of the thin margins and challenging operations have set in, as Fortune has previously noted.

Still, Lehmann says his company is growing, and now has 6,000 merchants and 40,000 couriers who complete 1.5 million deliveries month. By the end of 2016, it will have $1 billion in gross merchandise volume (the total cost of all its customers’ orders) on an annualized run rate, which is calculated by taking a month’s sales and extrapolating it to a full year. The company also maintains its plans to become profitable sometime next year, though that may change, says Lehmann.

Founded in 2011, Postmates got its start as an “on-demand” delivery service for just about anything, though it quickly began to partner with restaurants. Since then, Postmates has sought to expand the range of products it delivers, adding a service for online merchants and winning a coveted partnership with Apple to deliver customer orders from its stores, among other initiatives.

As Lehmann told Fortune last year, branching out into more categories—the theory goes—will help Postmates better distribute demand for its service throughout the day. Since food delivered is mostly clustered around meal times, delivering apparel or personal electronics should help it fill out other times, such as the afternoon when people tend to do their online shopping, as Lehmann explained.

The company plans to continue adding new categories, such as alcohol, which it will begin to roll out in a few weeks, according to Lehmann.

Postmates has also begun to add new streams of revenue, such as partnerships to promote certain consumer packaged goods within its app for a fee, which others like grocery delivery service Instacart are also doing. It’s also running advertising campaigns and other promotions. With that said, Lehmann says the company wants to be careful when it comes to advertising to make sure it’s not associating its brand with just any other company or product.

Like many other on-demand startups, Postmates’ couriers are independent contractors who make their own hours, are not salaried, and don’t receive employee benefits from the company. Last year, it was one of the many such companies to be slapped with lawsuits for classifying its couriers as contractors instead of employees. Postmates also faces competition from an increasing number of companies, including Uber’s delivery service, DoorDash, Favor, Square-owned Caviar, GrubHub, and many others.

As part of this latest round, Founders Fund partner Brian Singerman is joining Postmates’ board of directors. The new funding brings Postmates’ total to $278 million.