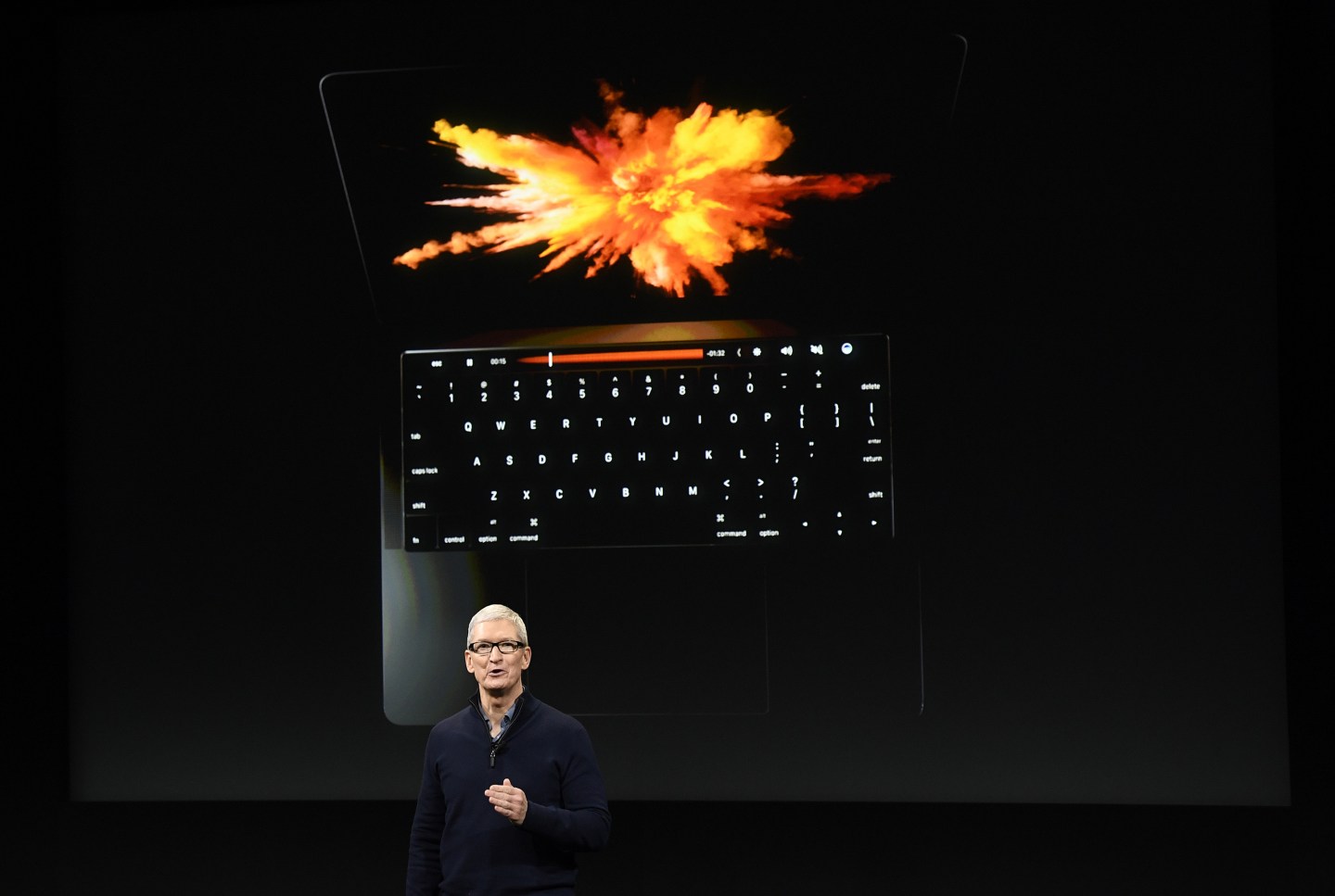 Tim Cook, chief executive officer of Apple Inc., speaks during an event at the company's headquarters in Cupertino, California, U.S., on Thursday, Oct. 27, 2016. Apple Inc. is expected to debut new Mac computers, ending a drought without an update for its oldest product category ahead of the holiday sales period. The upgrades will be the first since 2015, save for the 12-inch MacBook receiving a new rose gold finish and slightly faster processors in April. Photographer: David Paul Morris/Bloomberg via Getty Images
David Paul Morris — Bloomberg via Getty Images

A longtime sound on Apple computers won’t be coming to the new MacBook Pro, according to reports.

The Apple startup chime, a brief sound that lets users know their Macs are booting up, won’t be a feature in the new MacBook Pro, The Verge is reporting, citing reports from those who’ve tested the new computer. The chime, which will continue to be used in existing Mac models, has been incorporated into Apple computers since the late-1990s.

The startup chime may at first appear to deliver little value. After all, it’s simply a five-second sound that alerts users that the Mac is turning on and that the operating system is starting. However, the chime actually plays an important role in signaling problems with the Mac.

If users boot up a Mac and the startup chime sounds, they know that the system has performed a diagnostic check and that everything will likely run properly. If the chime isn’t sounded, the operating system is possibly suffering from a problem that might not let it boot up.

Often, users can fix minor problems with the Mac by resetting the device’s non-volatile random-access memory, or NVRAM. The NVRAM-reset process, which requires users to shut down their Macs and hold down a few buttons in a sequence, will end with the startup chime if everything was properly done and the operating system has been fixed.

It’s unclear why Apple (AAPL) has eliminated the sound, but it might have something to do with the MacBook Pro automatically turning on the operating system whenever the case is opened. Previous MacBook Pro models would sometimes require users to press the power button to turn on the computer, like after it was shut down.

Given Apple’s penchant for creating nearly identical experiences across its many Macs, however, it’s possible the startup chime will be stripped from any new computers that Apple launches in the future.