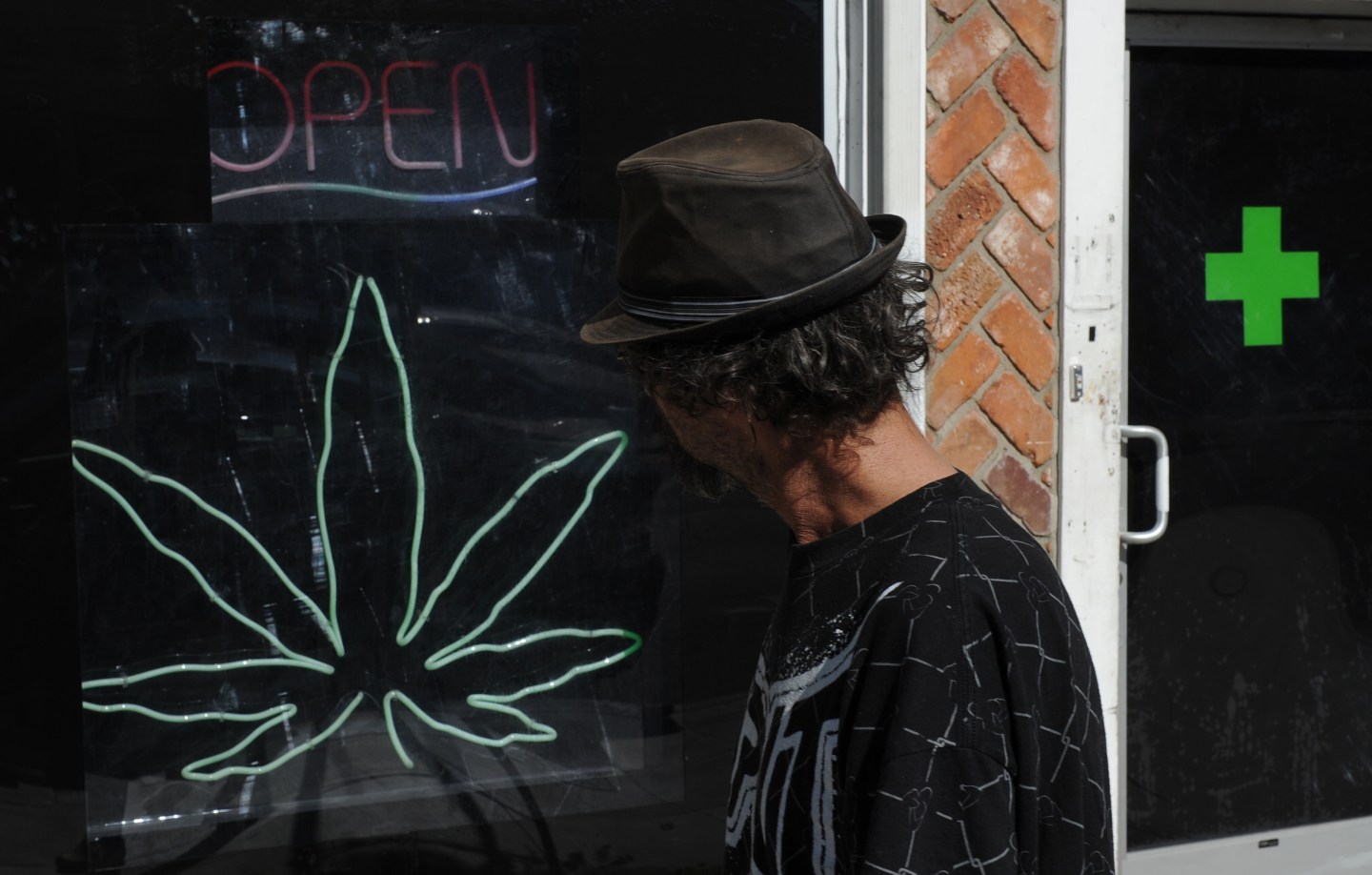 California voters are less than two weeks away from deciding whether to make what is already one of the world’s largest legal pot markets even bigger.

Nine states are voting to legalize the drug, either for recreational or medical purposes. But California’s Proposition 64 referendum would have the most impact on the nascent cannabis industry by far: The Golden State is the country’s most-populated state, home to more than 38 million people.

If the referendum on the state’s November ballot passes, it will legalize the cultivation and sale of adult-use, or recreational, cannabis in a state where medical pot has been legal for two decades.

California’s Department of Finance has estimated that the state could bring in as much as $1 billion in tax revenues every year from legal cannabis sales if Prop 64 passes. The state’s legal marijuana market, an estimated $2.7 billion from medical pot, could reach $6.5 billion by 2020 with the addition of recreational sales, according to ArcView Group’s estimate.

Recent polls show that roughly 60% of California’s voters support the ballot measure. Still, there remains plenty of opposition to non-medical legal cannabis in California for reasons ranging from morality to public safety. (There is even a contingent of cannabis growers opposing Prop 64 over fears of heightened regulation and an influx of big business interests.)

Both supporters and opponents have donated millions of dollars throughout the year to their respective sides, though reports filed by the state’s Fair Political Practices Commission show that opponents of Prop 64 have contributed only about $2 million this year versus the more than $20 million from those in favor of the measure. That money goes mostly toward marketing campaigns, including TV and radio ads, as well as polling data and petitions. (That type of disparity has also been seen across the U.S. with supporters of marijuana legalization ballot measures in the other nine U.S. states contributing more than three times the amount donated by the opposition overall.)

Here are the eight individuals and groups that are the biggest spenders among those supporting and opposing Prop 64 in California.

The Napster cofounder and former Facebook president is the biggest individual donor to the committee backing legalized recreational pot in California, having put forth more than $7.3 million so far this year, according to the state’s records. Interestingly, Parker has let his money do the talking, as the tech billionaire has mostly stayed quiet on the issue aside from a statement he issued last year when the campaign for the legalization measure first launched. At the time, Parker described the legalization effort as “a sensible reform-based measure that protects children, gives law enforcement additional resources, and establishes a strong regulatory framework for responsible adult use of marijuana—one that will yield economic benefits for all Californians.” (State records show that Parker also donated $180,000 to the state’s Democratic Party as well as $56,000 to the 2018 gubernatorial campaign of current California Lt. Governor Gavin Newsom, who also supports Prop 64.)

The pro-marijuana advocacy group contributed roughly $4.5 million in support of Prop 64 in California. The group has been around for nearly two decades, raising money to support drug law reform in the U.S.

The liberal billionaire investor is reportedly behind the non-profit group called the Fund for Policy Reform, which has contributed nearly $4 million in support of Prop 64. Soros is a board member at the Drug Policy Alliance, according to the group’s website.

The son of Peter Lewis, the billionaire former chairman of Progressive (PGR) Insurance, has contributed roughly $1.25 million backing legalization. Lewis’ father, who died in 2013, was a high-profile advocate for marijuana legalization who spent millions of dollars pushing drug law reform after using marijuana for years to treat the pain related to a partial leg amputation. The Lewis family has ties to the pro-marijuana political action committee (PAC) New Approach, which is based in Washington, D.C., and has raised millions of dollars to support marijuana legalization efforts across the U.S.

The New York philanthropist and LGBT rights activist previously contributed money to legalization efforts in Washington and Oregon. The son of the billionaire founder of International Flavors and Fragrances, van Ameringen also gave roughly $1.25 million to support Prop 64 in California this year.

Opposition:
1. Smart Approaches to Marijuana (SAM)
This anti-marijuana legalization group is led by former U.S. Representative Patrick Kennedy, conservative The Atlantic columnist David Frum, and former White House drug policy advisor Kevin Sabet. SAM fights cannabis legalization efforts across the U.S. and is the co-sponsor of the “No on Prop 64” committee, along with the California Public Safety Institute. The group raised the bulk of the more than $2 million behind the “No” campaign.
2. Julie Schauer
The Pennsylvania-based millionaire retiree gave SAM nearly $1.4 million to fight Prop 64 in California. Schauer is not a public figure and rarely speaks publicly, but she contributes money to oppose marijuana legalization efforts across the country. Responding to a Twitter message from Fortune, Schauer said that her contribution was intended to be split between as many as five states holding pot legalization votes and that the amount was “not reported accurately” by the state of California. However, Schauer said she was inspired to make a large donation to SAM because of her fears over the growing strength of the marijuana industry. “[The] pot industry will stop at nothing just to make money,” she wrote.
3. Law enforcement and prison guards
“No on Prop 64” received nearly half a million dollars in contributions from a wide range of groups representing the interests of various California law enforcement officials and prison guards. That includes contributions in the $5,000 to $25,000 range from more than a dozen groups such as the California Police Chiefs Association, the California Association of Highway Patrolmen, and the California Correctional Supervisors Organization.