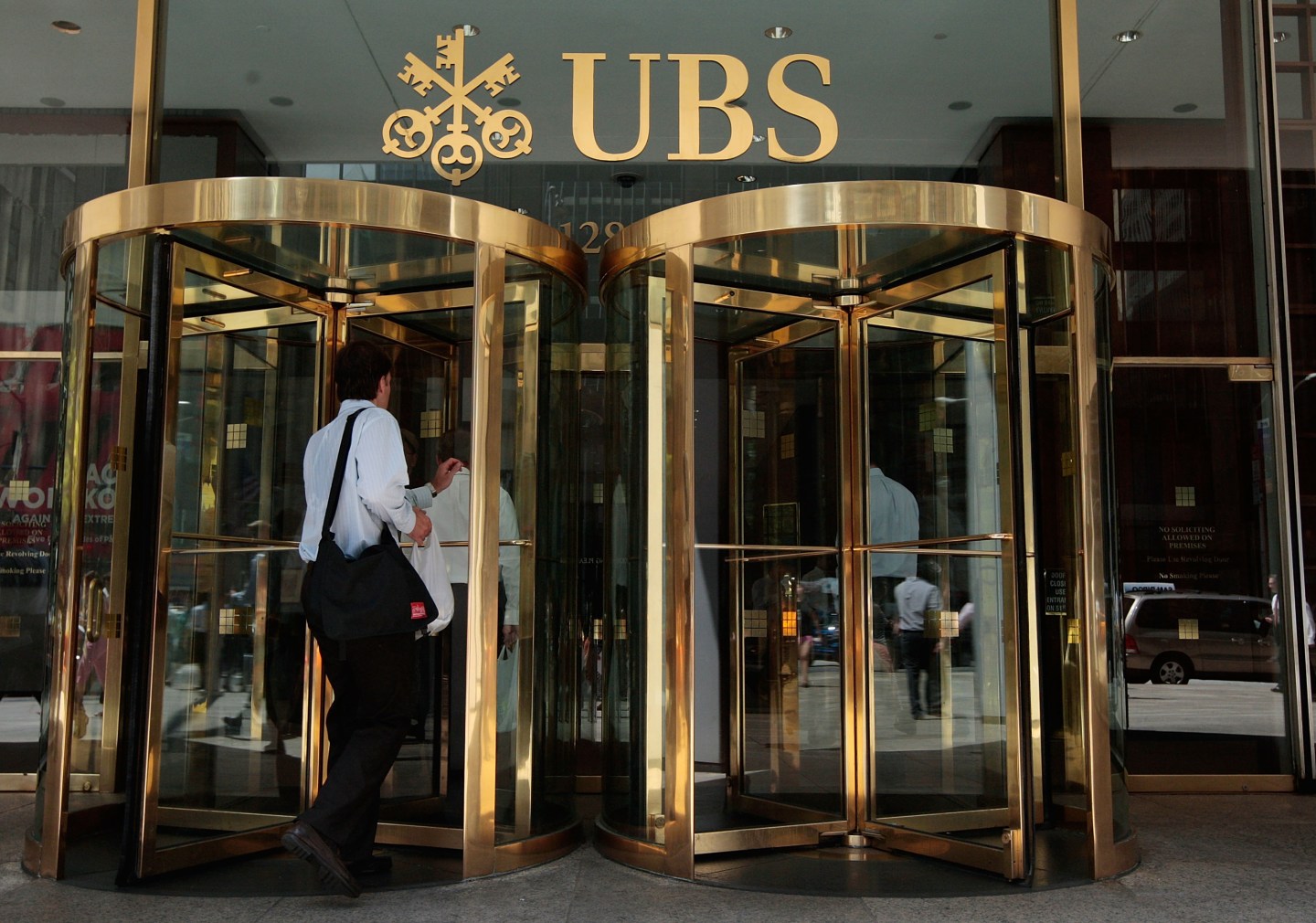 UBS increased reserves for penalties tied to misselling residential mortgage-backed securities (RMBS) by more than $400 million to $1.405 billion as it posted an 11% rise in third-quarter pre-tax profit.

The Swiss bank made the disclosure in its quarterly report on Friday, following news last month that the U.S. Department of Justice had demanded a $14 billion fine from Deutsche Bank (DB) in a similar investigation.

This was far more than analysts had expected and prompted fears UBS, the world’s biggest wealth manager, could also face a stiffer penalty.

UBS‘s (UBS) pre-tax profit for the three months to end-September rose 11% year on year to 877 million Swiss francs ($883 million), ahead of market forecasts, thanks to a strong business in the Swiss market and cost cuts.

“These conditions are unlikely to change in the foreseeable future,” UBS said in a statement.

The bank’s shares were indicated 1.8% higher in pre-market business.

For more on the banking industry, watch Fortune’s video:

UBS did not benefit from the same surge in investment banking revenues experienced by U.S. banks since its business is more geared towards equities, and Wall Street earnings were boosted by bond trading.

It is the downside to UBS‘s widely lauded post-financial crisis strategy to focus on capital-light wealth management while scaling back in investment banking and fixed income, where earnings are more volatile and which consume more capital.

UBS saw a positive impact from deferred tax assets (DTAs) of 424 million francs, the bulk of the roughly 500 million the bank had guided for in 2016. DTAs are tax breaks from losses suffered in the financial crisis.

The bank’s common equity tier 1 capital ratio, an important measure of balance sheet strength which UBS uses as a benchmark for its dividend, fell to 14% from 14.2% due to a slight rise in risk-weighted assets.

Chief Executive Sergio Ermotti told CNBC the bank’s focus is on delivering the same ordinary dividend as in 2015 of 0.60 francs per share.