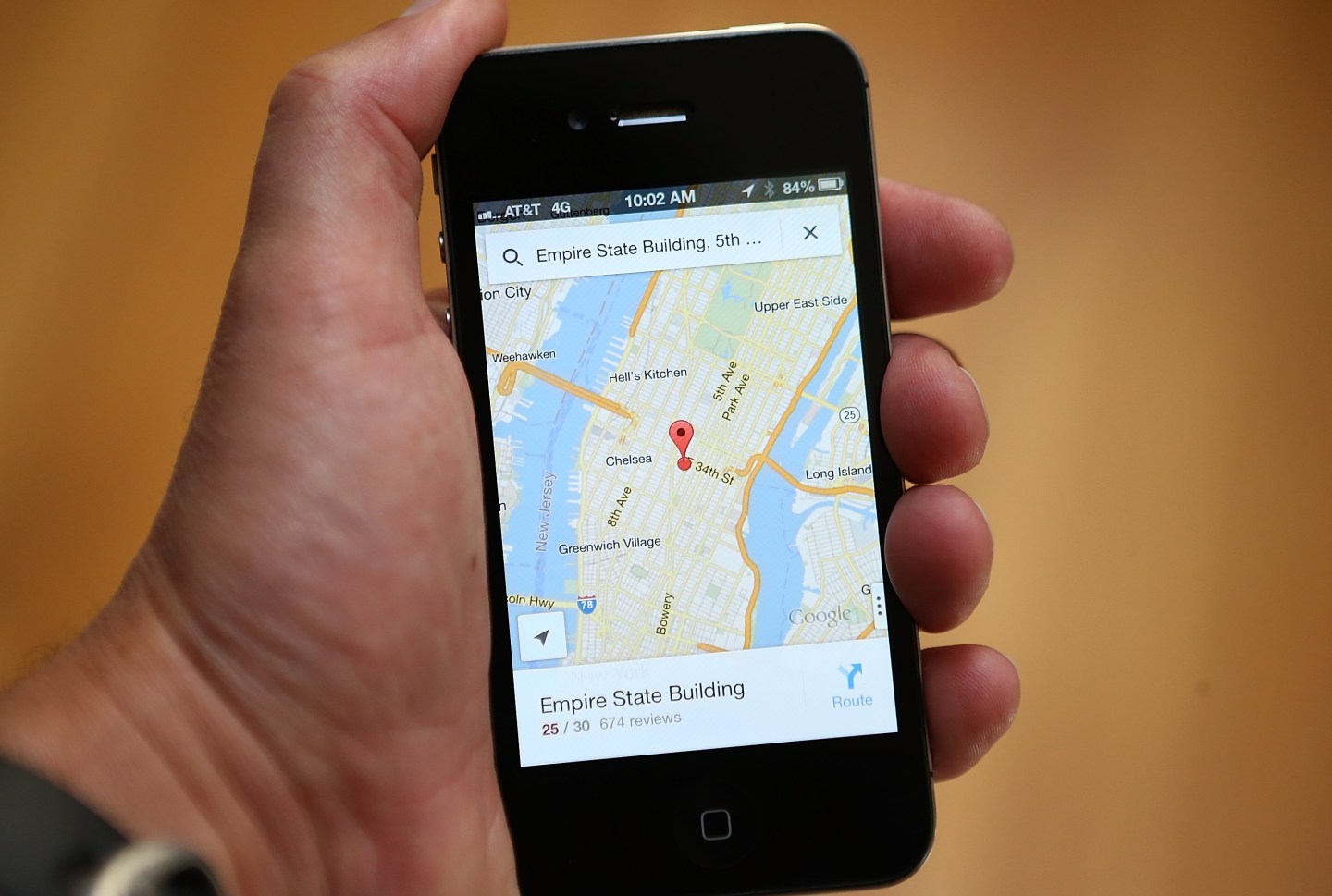 FAIRFAX, CA - DECEMBER 13: The Google Maps app is seen on an Apple iPhone 4S on December 13, 2012 in Fairfax, California. Three months after Apple removed the popular Google Maps from its operating system to replace it with its own mapping software, a Google Maps app has been added to the iTunes store. Apple Maps were widely panned in tech reviews and among customers, the fallout resulting in the dismissal of the top executive in charge of Apple's mobile operating system. (Photo by Justin Sullivan/Getty Images)
Photo by Justin Sullivan—Getty Images

If you thought food delivery couldn’t get any easier, Google (GOOGL) is here to prove you wrong.

A recent update for Google Maps on iOS adds a “Place an Order” option directly in the app, 9 to 5 Mac reports. The new feature can’t be accessed everywhere, though it is available in most major cities. And while it doesn’t actually let you order food straight from the app, it does streamline the process.

Here’s how it works: Users click on a restaurant in Google Maps to get more information, and if they like what they see, they click the option to place an order. Then, they can choose from whichever food delivery apps where the restaurant is available, including Seamless and GrubHub. Maps will then redirect users to the delivery service of their choice.

This isn’t the only new feature in Google Maps: The app now allows users to either take a photo directly from the app or upload one that they’ve already taken. Users can also drop a pin to find a location’s plus code, which is an identifier for a place that doesn’t have a street address.