The Fortune Guide to Dressing Up for Halloween 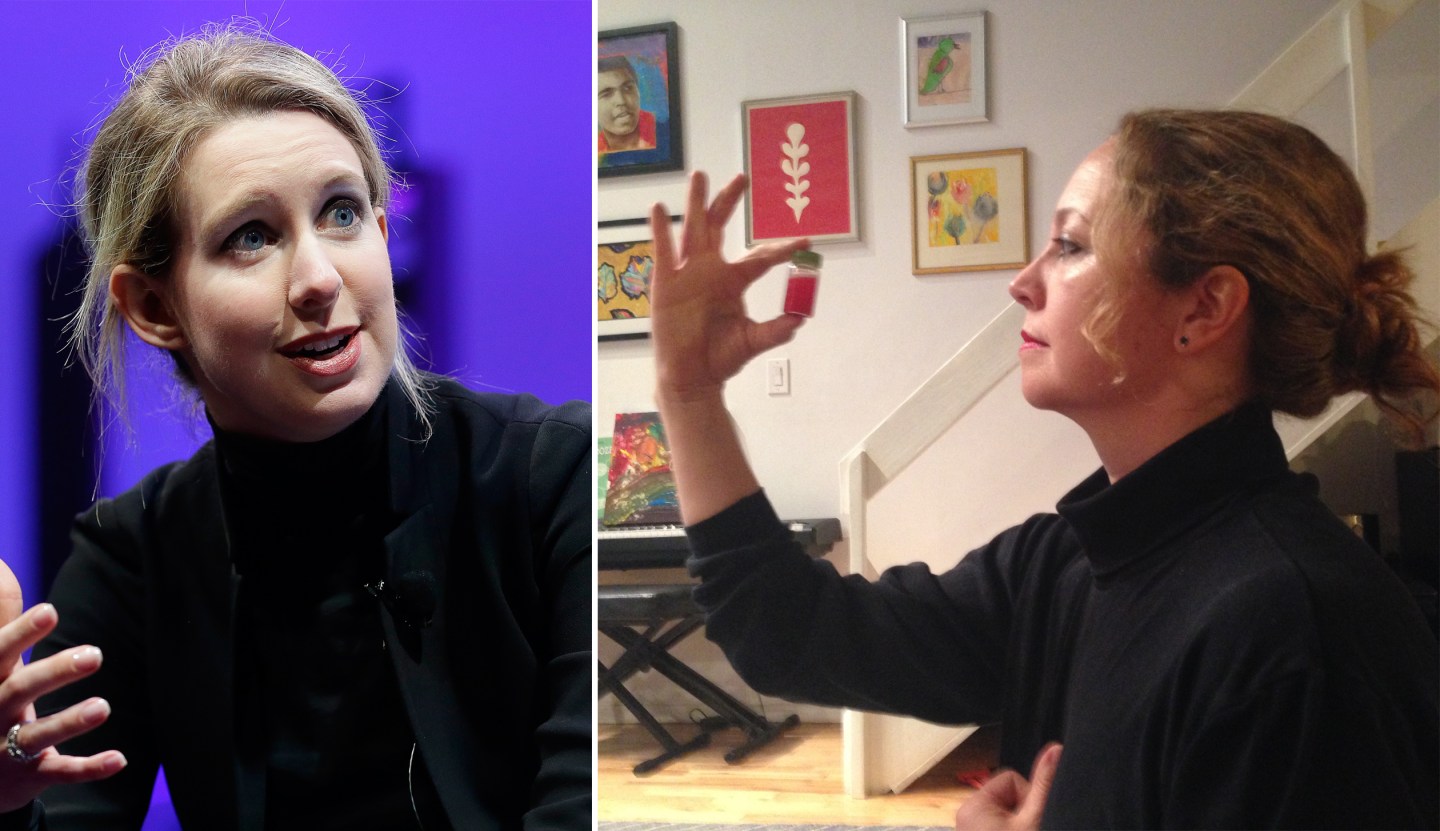 With Halloween just around the corner, it’s the perfect time to devise your clever and witty Halloween costume— the one that will surely impress your friends. We’ve consulted the Fortune staff for their best business-themed costume ideas and put together a handy list for inspiration. They’re all fairly simple and could be made with things that are likely available around your home or office. Just be warned, you may need to explain these costumes to your friends. But the punniest of costumes always need a bit of explanation, right?

Elizabeth Holmes’ company Theranos has gotten in hot water over the accuracy of its proprietary blood-drawing technology. Fortune‘s senior editor Jennifer Reingold dressed as Holmes for Halloween last year by wearing a black turtleneck sweater, tying her hair back, and carrying around a vial of (fake) blood.

Martin Shkreli dominated headlines for much of 2016 as the man who increased the price of a drug commonly used by cancer and HIV/AIDS patients by over 5,000%. He was arrested in December 2015 under securities fraud charges. For this costume, all you need are a pair of jeans, a gray zip-up hoodie, and an eternally smug look.

Mylan has come under fire this year for drastically raising the price of EpiPens. Heather Bresch has been called to testify to explain the company’s decision. For this costume, emulate Bresch and carry around a two-pack of EpiPens. (Note: this costume costs $600.)

Wells Fargo is currently under investigation for signing its customers up for bank accounts and credit cards they did not agree to, which put former CEO John Stumpf in the hot seat. Wear a suit and tie, make yourself a wrist cast, and have Wells Fargo bank brochures coming out of your pockets.

Megyn Kelly is in the the midst of negotiating her contract with Fox, and it’s rumored to be worth upwards of $20 million. To channel your inner Kelly, dress in your preferred news-anchor attire and have fake blood dripping from your eyes and ears (a reference to Trump’s comments towards her during an early presidential debate) and a large check sticking out of your pocket.

For more on Halloween, watch this Fortune video:

Donald Trump has said time and time again that he will not release his tax returns, despite what past candidates have typically done. So, as a very simple costume (we’re talking five minutes of total prep time), dress in all white and wear a sign to identify yourself as “Donald Trump’s Federal Taxes” with a large question mark on your shirt. Extra points if you wear a Make America Great Again hat.

Billy Bush was fired from NBC’s Today show after a tape was released that showed him and Trump having a lewd conversation about women. Dress as a disheveled Bush and hold a sign that says “Available for Hire.”

Ken Bone quickly won over America’s hearts when he was shown during the airing of the Oct. 9 presidential debate (and just as quickly fell from grace). Wear a red quarter-zip Izod sweater, khakis, and black-rimmed glasses for this ensemble.

Boris Johnson became the British foreign secretary in a cabinet reshuffle following the Brexit vote. Dress as BoJo by walking around with an empty jar of Marmite and a tail between your legs.

Elon Musk as a Martian

Tesla and SpaceX CEO Elon Musk has high hopes for getting people to Mars, but he said he doesn’t want to be the first person to visit the planet for fear of dying. Dress in business casual with a space helmet on. Bonus points if you paint yourself green to look like an alien.

German chancellor Angela Merkel is known for wearing four-button blazers and black pants. Gather a group of friends and have each person wear a different color blazer. Click here to see all of your color options.

Dress as a bill (here’s an option) and add either Hulk arms or carry around free weights.