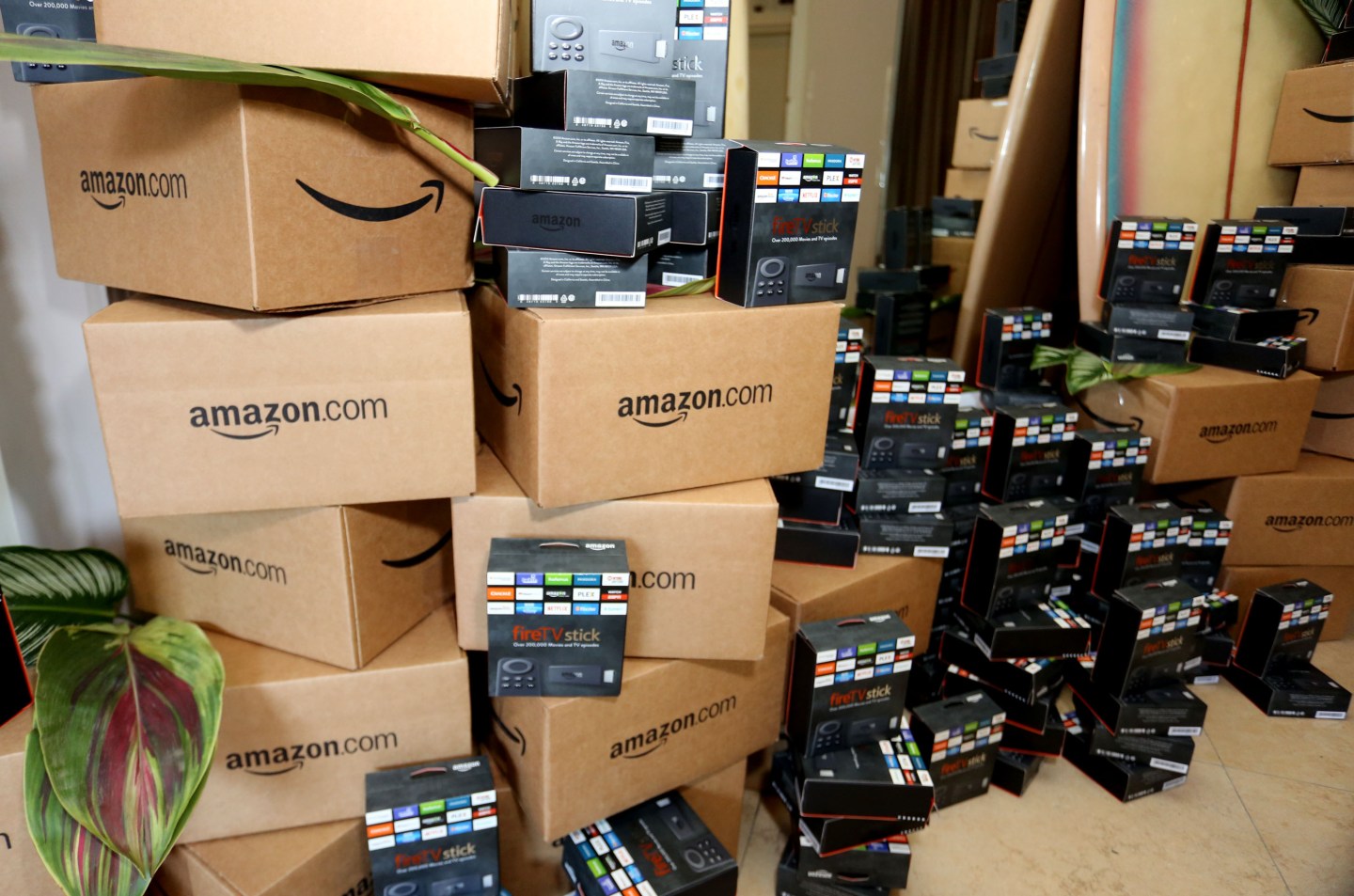 At long last, Amazon’s Prime free shipping program has been made available to users in the world’s second largest economy.

Starting Friday, 11 years after the membership option was launched by the tech and e-commerce giant, Chinese Prime users will be able to get free shipping on orders for overseas products with a minimum purchase for 200 yuan (US$29.50), Amazon China said on its website. Goods sold within China will be delivered for free.

Chinese customers won’t be getting the one or two-day shipping options enjoyed by some Prime members in the U.S. Their orders still have an estimated average delivery time of five to nine days, and single orders of more than 2,000 yuan (US$295) could potentially take longer, the company said.

The annual fee for Chinese subscribers is significantly cheaper than it is for their U.S. counterparts, at 388 yuan (US$57), compared to $99.

Many see it as a brazen attempt by Amazon to take a crack at Alibaba (BABA) territory. China’s perhaps most famous company has been blitzing the media in past weeks with a very audible countdown to Singles’ Day, the e-commerce giant’s annual online shopping festival on Nov. 11 often referred to as the country’s own version of Cyber Monday.

Alibaba’s aggressive promotional strategy was on full display Sunday with an eight-hour fashion show it broadcast on its Youku platform, alongside a “See Now, Buy Now” button touted on its e-commerce website, Tmall, Fortune’s Scott Cendrowski reported. Last year, the one-day event raked in $14 billion—and it has surpassed the combined sales of both Cyber Monday and Black Friday, according to Reuters.

Pundits note that Amazon’s announcement on Monday didn’t clarify whether Chinese Prime users would also get access to the usual Prime Music or Video offerings. Other tech firms, like Apple (AAPL) and Disney (DIS), had to take their video services offline in China this year, in what was widely seen as a response to regulation constraints, CNNMoney reported.

Amazon did not immediately respond to a request for comment.