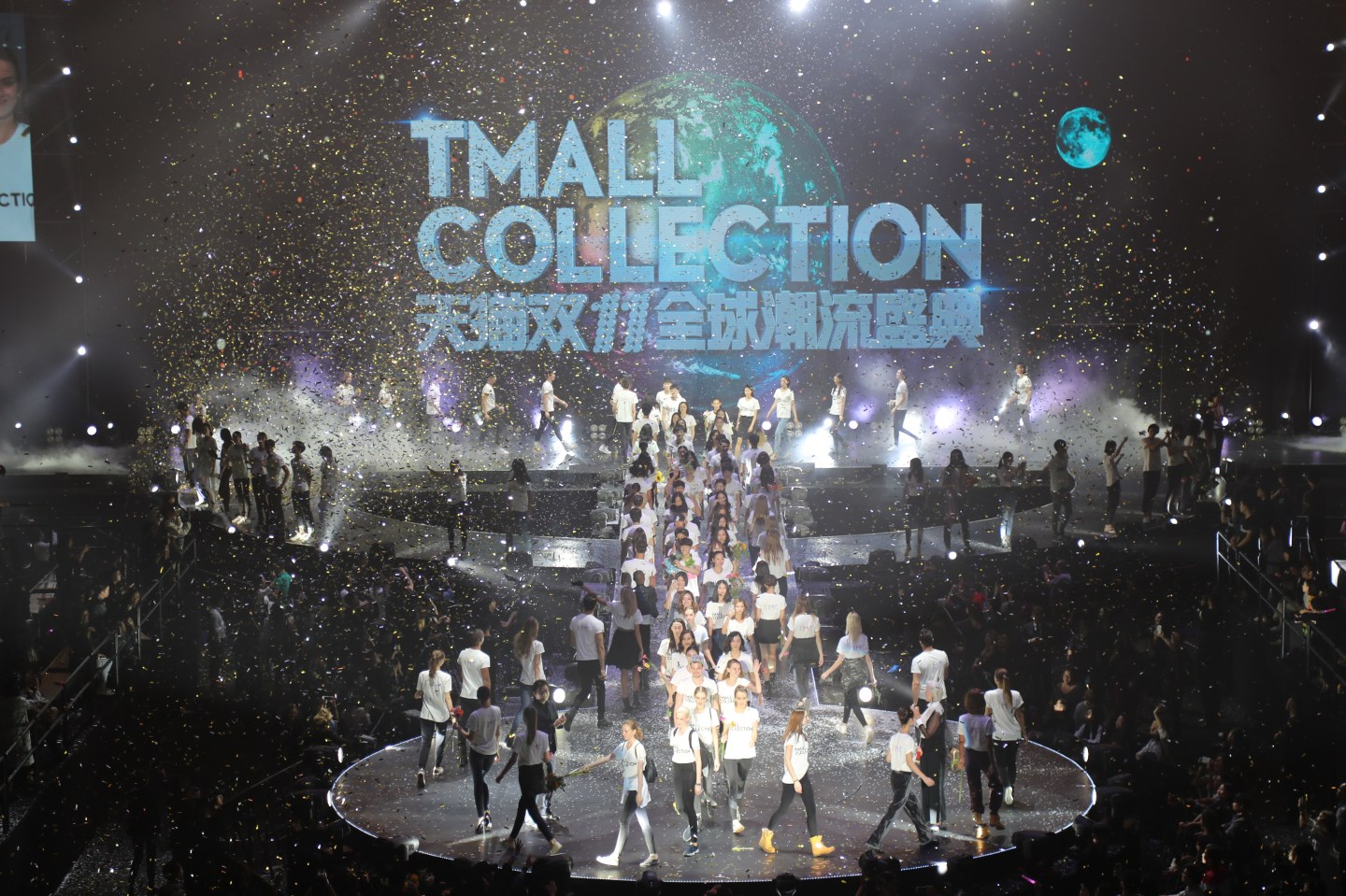 Alibaba staged an eight-hour fashion show yesterday, with 200 models wearing 80 brands, as part of the e-commerce company’s run up to the Nov. 11 shopping blitz known as Singles’ Day in China.

Last year total sales on Singles’ Day hit $14.3 billion. Even if that figure is inflated by consumers waiting weeks—or even months—to buy basic goods during the Singles’ Day sale, it still blows away Black Friday and Cyber Monday in the U.S.

The fashion show also was an opportunity for Alibaba (BABA) to build better relationships with foreign brands, many of which warily eye the company.

On the one hand, Alibaba’s sites control about three quarters of e-commerce in China and provide a partnership few can avoid. Tmall is Alibaba’s platform for brands like Nike (NKE) and Costco (COST) to sell directly to consumers.

But Alibaba’s other major shopping site, Taobao, which has 9 million small independent sellers and an eBay-type business model, has been heavily criticized by brands for its proliferation of counterfeit products. Last year a group of luxury brands owned by Kering sued Alibaba for knowingly allowing sellers to sell counterfeits.

New Balance, the Massachusetts shoe brand, is one brand stuck gritting its teeth. It joined the Shanghai fashion show this weekend, but has also complained to Alibaba about the counterfeit shoes on Taobao. It has estimated that up to 90% of New Balance products sold on Alibaba’s platforms are counterfeit or not officially produced.

This year’s Singles’ Day has news overshadowing the final sales tally. The SEC’s investigation into Alibaba’s accounting practices—announced this spring—includes the the Singles’ Day sale as a focus. Specifically, the SEC is curious how product returns affect the gross merchandise volume (or total goods sold) that Alibaba reports. One analyst told Fortune this year GMV may be overstated by a third; others have said Singles’ Day sales are overstated by 20%-30%.

It is a common tacit among Chinese shoppers to over-order on Singles’ Day because of unusually high discounts before sending some goods back. It’s not clear yet if Alibaba has fully accounted for this; it has said it is cooperating with investigators.

What is clear is Alibaba’s desire to expand the commercial holiday. Katy Perry has been booked for the Singles’ Day gala, and the company has promised more names to come.